“I’ve talked to the defenders of Mariupol today,” Zelensky said in a video address on Sunday, praising the southern port city that has come under horrendous bombardment by Russian forces. “Their determination, heroism and firmness are astonishing,” he said. “If only those who have been thinking for 31 days on how to hand over dozens of jets and tanks had one percent of their courage.”

In a separate interview with The Economist, Zelensky asserted that some countries had drawn a red line at sending more offensive weapons to Ukraine “because they are afraid of Russia. And that’s it. And those who say it first are the first to be afraid.”

Zelensky was responding to a question about French President Emmanuel Macron, who had said earlier that Biden’s remarks about Putin during a speech in Poland risked an “escalation of words and actions.” Macron, who is continuing efforts to negotiate as a go-between Russia and Western allies, also said he wouldn’t “use those kinds of terms” when he communicates with Putin.

Zelensky argued that Western nations, which have already imposed historic sanctions on Russia, hadn’t gone far enough in their efforts to cripple the country’s economy because they “have not completed the sanctions on disconnecting the banking system from SWIFT.” Zelensky was referring to the international consortium used to move money among banks. Although Western allies disconnected some Russian financial institutions from the system, they didn’t block Russia’s access entirely.

He called for a full embargo on Russian oil and gas exports rather than what he called “incomplete” sanctions. “We are not guinea pigs to be experimented on.”

Biden’s remarks in Warsaw at the end of his three-day European trip were intended to demonstrate Western resolve, but Zelensky seems to have used them as an opportunity to question it.

The Ukrainian leader has previously taken advantage of his global platform to rally nations to Ukraine’s defense while pressuring them to take more direct action, such as by enforcing a no-fly zone. NATO member countries have steadfastly resisted that call. This weekend, Zelensky repeated his earlier pleas for the West to send him additional planes, tanks, and armored personnel vehicles.

Western officials contend that they have already provided an extraordinary amount of financial and military support to Ukraine and have promised to continue.

About two-thirds of NATO members are providing lethal assistance, Julianne Smith, the U.S. permanent representative to the body, said Sunday. Since January 2021, the United States has provided $2 billion worth of lethal assistance, including Stinger and Javelin missiles, Smith said.

Ahead of Biden’s speech on Saturday, Russia extended its attacks in western Ukraine, with a pair of powerful rocket attacks on Lviv. The city has been a relative haven and gathering point for officials, journalists and aid workers.

The timing of the attacks wasn’t seen as coincidental coming the same day as Biden’s visit to Poland, and they drew attention to Russia’s ability to escalate the conflict at ease.

More than 3.8 million people have fled Ukraine since the war began, while approximately 10.2 million people — about a quarter of the total population — have been forcibly displaced inside the country, according to the United Nations.

Casualty figures for civilians and the armed forces have been hard to determine. The latest report released by the United Nations said that more than 1,000 people have been killed, though the organization notes that the accurate figures “are likely much higher and will continue to rise as hostilities rage on.”

NATO estimates that at least 7,000 and as many as 15,000 Russian soldiers have been killed in the fighting. Moscow’s official estimates are dramatically lower and widely considered not credible.

As casualties mounted, Zelensky accused the West of playing “ping-pong” over a Polish proposal to send MiG fighter jets to Ukraine, which the United States opposes. It has become a symbol of Western division over how many and what kinds of lethal weapons to give Ukrainian forces.

Underlying the Western debate is the anxiety that Putin could resort to nuclear weapons if he feels cornered or directly threatened by NATO, according to U.S. and European officials, who have said they are providing weapons only for Ukrainian forces to defend themselves.

But as Western antitank and antiaircraft missiles pour into Ukraine, questions abound over whether Putin makes a distinction between those weapons and others that Western leaders have resisted providing.

Amid that uncertainty, the White House was quick to backpedal Biden’s remarks about Putin, which were initially read as a significant shift in U.S. policy. When a reporter asked Biden on Sunday after he attended church in Washington whether he wanted Putin removed and was calling for regime change, the president replied “no.”

Administration officials again clarified on Sunday that the United States doesn’t have a policy of removing Putin from power, even if they supported his ouster through popular means.

“I think the president, the White House made the point last night that, quite simply, President Putin cannot be empowered to wage war or engage in aggression against Ukraine or anyone else,” Secretary of State Antony Blinken said during a news conference in Jerusalem.

“As you know, and as you’ve heard us say repeatedly, we do not have a strategy of regime change in Russia, or anywhere else for that matter. In this case, as in any case, it’s up to the people of the country in question. It’s up to the Russian people,” Blinken said.

Biden’s remarks muddied positions among allies at a moment when analysts say Russia’s assault has stalled and sanctions are taking a bite out of the country’s economy.

Ukraine’s ambassador to the United States said the country was prepared to negotiate with Russia but would not surrender its territory.

“There should be a solution and push and diplomatic pressure to stop Russia,” Oksana Markarova told NBC’s “Meet the Press.”

The next round of in-person talks between Ukraine and Russia will be held this week in Turkey, Ukrainian negotiator David Arakhamia said Sunday.

Negotiations have continued throughout the conflict, and officials from both countries have at times expressed cautious optimism about the possibility of coming to a consensus for an end to the war.

With diplomatic channels open but fruitless, the war in Ukraine has arrived at an uncertain turning point. Russian forces appeared to be recalibrating their strategy, having failed to capture the capital city of Kyiv in a lightning strike as originally planned, U.S. and European analysts said.

The Pentagon reported that Russian forces around Kyiv were moving into defensive positions and halting their offensive. And Russia says it is focusing its attention on fighting in Ukraine’s east, where pro-Kremlin separatist forces have long been fighting with the Ukrainian government.

Russia is also calling up military reinforcements as its combat losses continue to grow, the Pentagon said on Friday, citing its latest intelligence assessments.

While additional Russian forces may bring temporary relief to those fighting in Ukraine, they are unlikely to change the war’s course, according to military experts. They note that Russia cannot redeploy foreign-based troops in significant numbers without creating vulnerabilities in other hot spots, and its military probably does not have enough skilled personnel in the pipeline to keep those stations adequately staffed.

The head of Ukraine’s military intelligence on Sunday said Russia is trying to divide the country in two — “to create North and South Korea in Ukraine” — with the east controlled by Moscow.

In a message on Telegram, Kyrylo Budanov said Putin is “changing the main operational directions” — focusing on efforts to link Crimea in the southeast to areas in the east under its control.

In Washington, Republican lawmakers were quick to pounce on Biden’s comments about Putin.

Sen. James E. Risch (Idaho), the ranking Republican on the Senate Foreign Relations Committee, said Sunday that Biden had made a “horrendous gaffe” at the end of what had been “a good speech” in Poland.

Sen. Rob Portman (R-Ohio) said Biden’s comment “plays into the hands of the Russian propagandists” and was a mistake.

“We’re in a crisis. We’re in a war situation,” Portman said on “Meet the Press.” “And so clarity is incredibly important.”

Risch and Portman were among a group of Senate Republicans who signed a letter earlier this month calling on Biden to give more military aid to Ukraine, including fighter planes. The administration, however, said U.S. intelligence agencies believe such moves would be read by Russia as an escalation that could spark a wider war.

A new poll showed Americans worried about just that. About 82 percent of those surveyed by NBC News were concerned that the war could eventually involve nuclear weapons, and three-quarters of Americans said they feared U.S. combat troops could end up fighting in Ukraine. 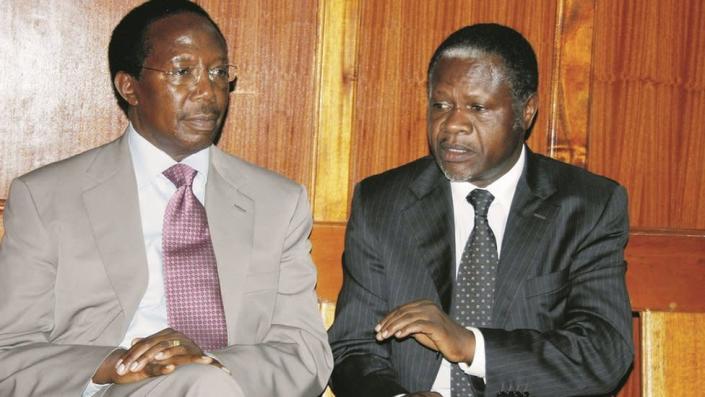 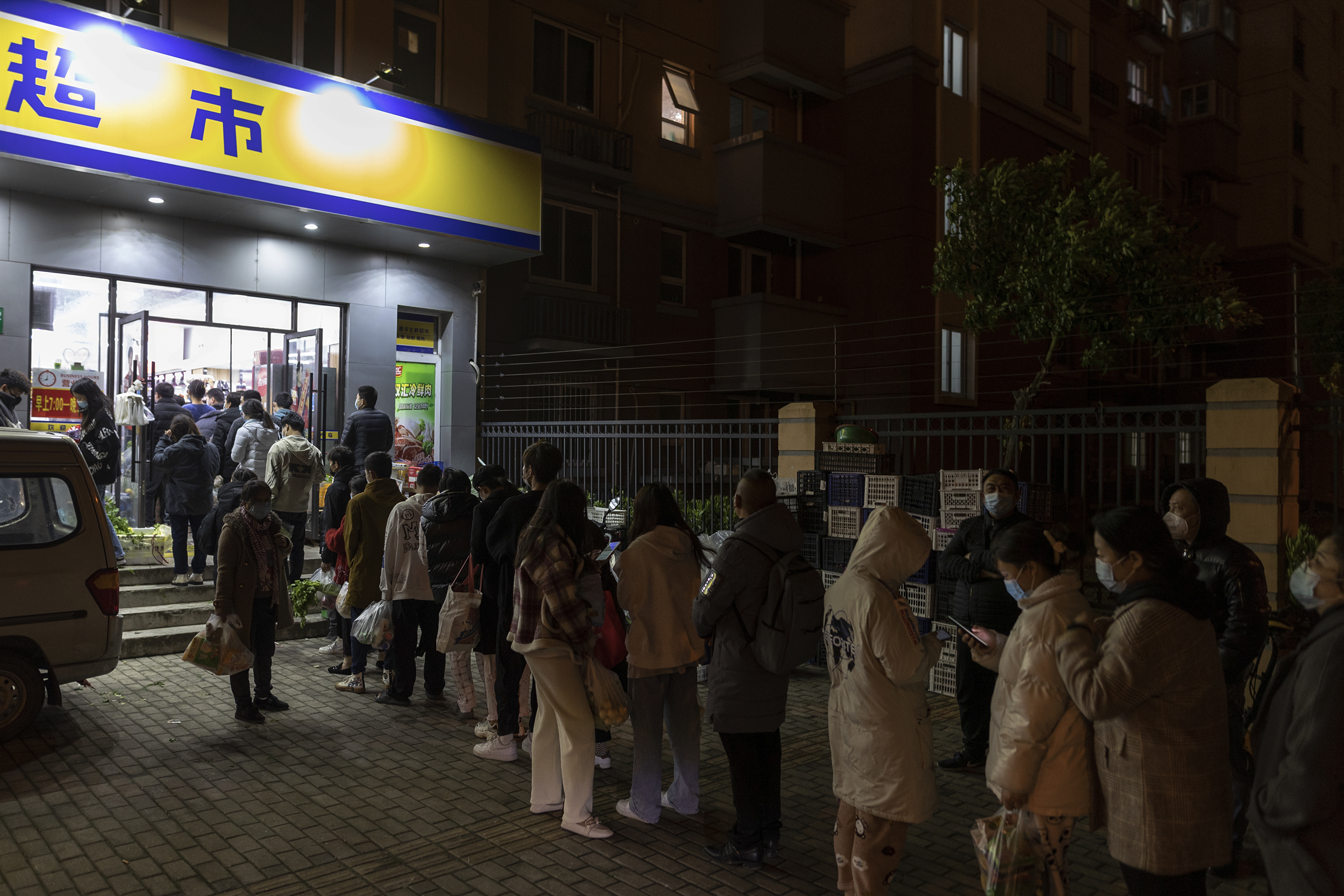 Much of Shanghai locked down as mass Covid-19 testing begins