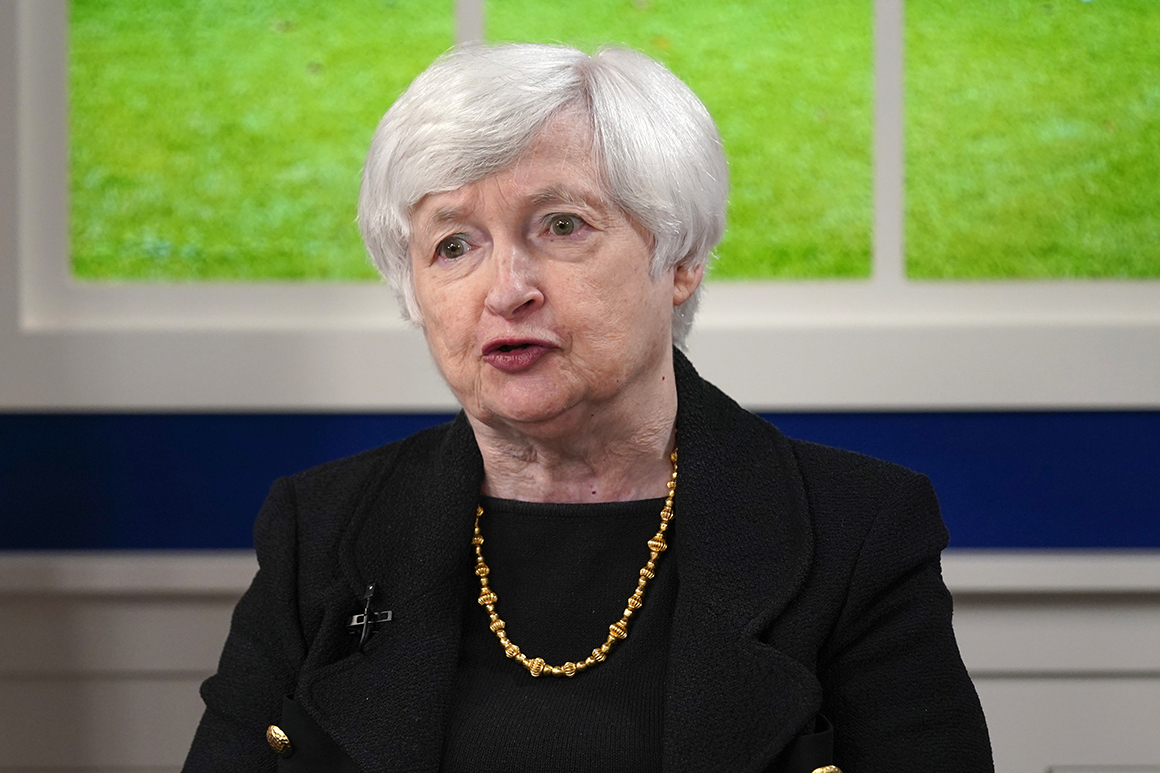 Yellen and President Joe Biden last week met with top executives including from JPMorgan Chase, Intel, Nasdaq, Raytheon, Citi and Deloitte to discuss the “disastrous impact” of the country not paying its bills if the debt ceiling isn’t raised.

Host George Stephanopoulos proposed invoking the 14th Amendment to justify continued borrowing. “The text is pretty clear,” he said. “The validity of the public debt of the United States should not be questioned.”

In the president’s pending infrastructure spending proposals, Sen. Joe Manchin (D-W.Va.) has suggested means testing some programs, but Yellen cautioned there would be a trade-off. Universal programs tend to be popular, but there’s an argument for “the highest income Americans perhaps don’t get the benefit of a program that is most needed by those with lower income,” she said.

Another historic agreement Yellen is “confident” will be in the president reconciliation spending package is a 15 percent global minimum tax, something that 130 nations currently support.

“It’s … very important for American workers to stop what’s been a decadeslong race to the bottom on corporate taxation, where countries try to cut their taxes to attract our businesses, to make it harder to keep jobs in the United States,” Yellen said.

Jared Leto Says He ‘Got Teargassed’ During Vaccine Protest in Italy

As Covid trends down, Fauci warns not to ‘declare victory’

Jury Instructions Sewn Up In Trial Over Daunte Wright Death

Meadows pulls out of tentative cooperation deal with Jan. 6 investigators

The extinction of endangered vaquitas would be a lesson for conservation

Donald Trump Did Not Send That Phallic Christmas Card