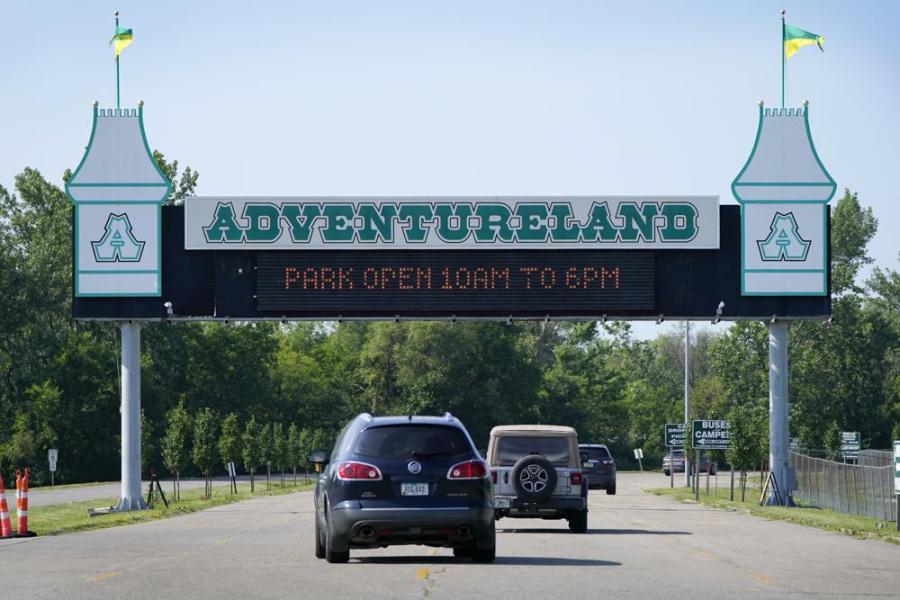 ALTOONA, Iowa (AP) — Workers used a crane Tuesday to remove a boat from Adventureland Park’s Raging River ride as part of the investigation into an accident that killed one boy and critically injured his brother.

The boat, which weighs over 1,700 pounds, was removed from the manmade channel on the Raging River ride so that inspectors and engineers could have a closer examination, Adventureland Park attorney Guy Cook said.

The boat was placed on a trailer and taken to a secure location, as the investigation into the “tragic and extremely unusual accident continues,” he said.

The boat was carrying six members of a Marion, Iowa, family at the park in Altoona when it unexpectedly overturned on the evening of July 3, trapping two brothers under the water for minutes. Michael Jaramillo, 11, died of his injuries the next day, while 16-year-old David Jaramillo remains hospitalized in critical condition.

David Jaramillo is still heavily sedated and hooked up to oxygen, unable to talk or see for the moment, said family attorney Ryan Best.

His father, also David Jaramillo, was undergoing surgery Tuesday on bones he broke in his shoulder when the boat overturned, before he was able to free himself, Best said.

Michael Jaramillo’s funeral is scheduled for Saturday at a Des Moines church.


‘That’s what you consider safe?’ Widow of Adventureland worker killed on Raging River in 2016 still has unanswered questions

A spokeswoman for the Iowa Division of Labor, which is overseeing the investigation, said Tuesday that there is no timeline for the inquiry’s completion.

Adventureland voluntarily halted the ride, and Labor Commissioner Rod Roberts has ordered it not to restart pending the conclusion of the probe and correction of hazards. A regulator who inspected the ride the day before the accident noted no problems.

Best said the family’s legal team planned to request access to the boat Tuesday to conduct its own inspection.

FRYfest 2021 photos: Annual event returns in Coralville after off year due to COVID-19

Crush at Kabul airport kills 7 as Afghans try to flee

Are we headed for a four-day workweek? New congress legislation gaining steam