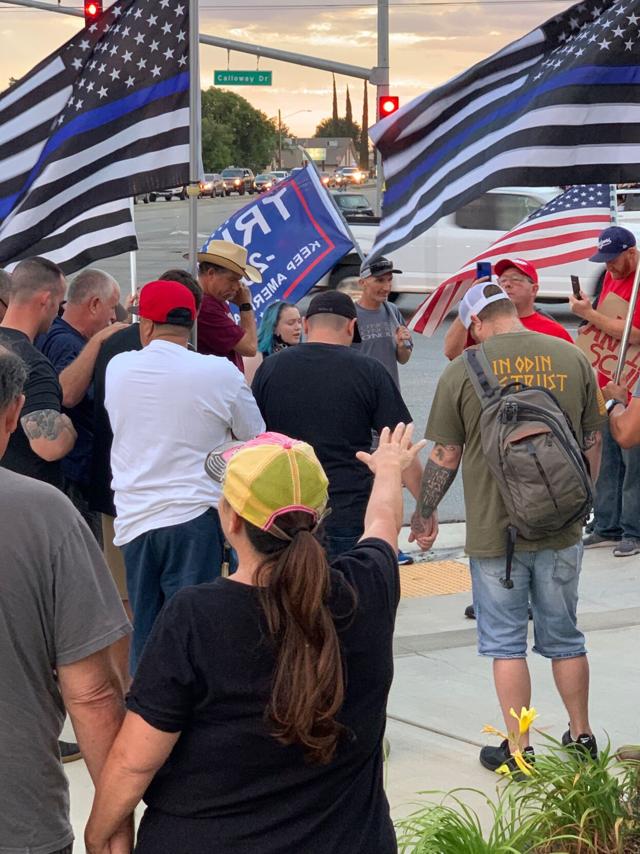 Erika Harris had spent about a month protesting in solidarity with the Black Lives Matter movement before she was assaulted with bear mace and had racial slurs hurled at her by counterprotesters in a Bakersfield parking lot Nov. 1, 2020, she testified Monday.

Harris told her story on the stand during the second day of a preliminary hearing for four individuals charged with violating her civil rights, as well as misdemeanor charges.

Defendants Kevin Connell, Kristi Stewart, Timothy Stevens and Dustin Marion each face a felony charge of violating civil rights by causing violent injury and a misdemeanor charge of fighting or challenging a fight in a public place.

Connell additionally is charged with second-degree robbery and possessing tear gas as a weapon by a person of a previous conviction. Stewart is also charged with conspiracy, two counts of battery on a person and assault.

The testimony Monday centered around a November 2020 video posted of the alleged assault, with the prosecution seeking to emphasize the fear Harris faced Nov. 1. The defense questioned whether she was trying to instigate a fight with supporters of former President Donald Trump.

Harris’ footage of her alleged confrontation with the defendants, whom police identified as members of the conservative 1776 Patriots, takes place in a parking lot on Panama Lane the evening of Nov. 1, 2020, after the protesting that day had concluded.

Harris is heard saying in the video that several counterprotesters “blocked her in” on all sides.

“I was in a very hostile environment,” Harris testified under direct examination by Deputy District Attorney Jordan Houle. “The people surrounding me came with intent to harm.”

Stewart yelled in the video she would “slap the phone out of her (expletive) hand” and attempted to grab the phone three times, Harris testified. Of those instances, Stewart actually slapped the phone and touched her two times, Harris added, while alleging Stewart instigated a fight.

Connell then sprayed a fellow protester — identified Monday in court only as “JT” — with bear mace, which happened near Harris as well, she testified. Harris said she saw Connell pick up a can and heard it being sprayed. The scent was strong, and her eyes began to water, Harris said.

Marion’s attorney, Gary Silverman, asked Harris if police identified bear mace as the chemical sprayed at her, to which she said no.

Silverman also pointed out Harris didn’t call the police or say she was scared in the video, even though she testified Monday that she was scared.

Harris said Tuesday she did not have any inherent bias toward the 1776 Patriots, nor was she letting any feelings she had toward the group influence her testimony.

Caroline Hahn, the attorney for Stewart, asked Harris if she consistently taunts those she perceives to be supporters of Trump or instigates fights with those supporters. Harris responded no to each question.

Deputy Public Defender Nicholas Roth, who represents Stevens, asked Harris if she understands that BLM promotes peaceful protests, and she testified yes. Roth then played TikTok videos of Harris posing next to a vehicle smeared with a bloodlike substance, and Trump tied to the front with the same substance all over his face.

Roth asked if this image promotes violence, to which Harris said no.

He also played a video of Harris driving through Chuy’s on Rosedale Highway blasting the lyrics “(expletive) Donald Trump.”

When asked if this video promotes peaceful dialogue, Harris said at that particular time, she was not protesting.

Roth also mapped out several ways that Harris could have escaped from those allegedly blocking her in, but Harris said the routes he mentioned were drive-thrus for nearby restaurants.

Testimony is scheduled to continue Tuesday. 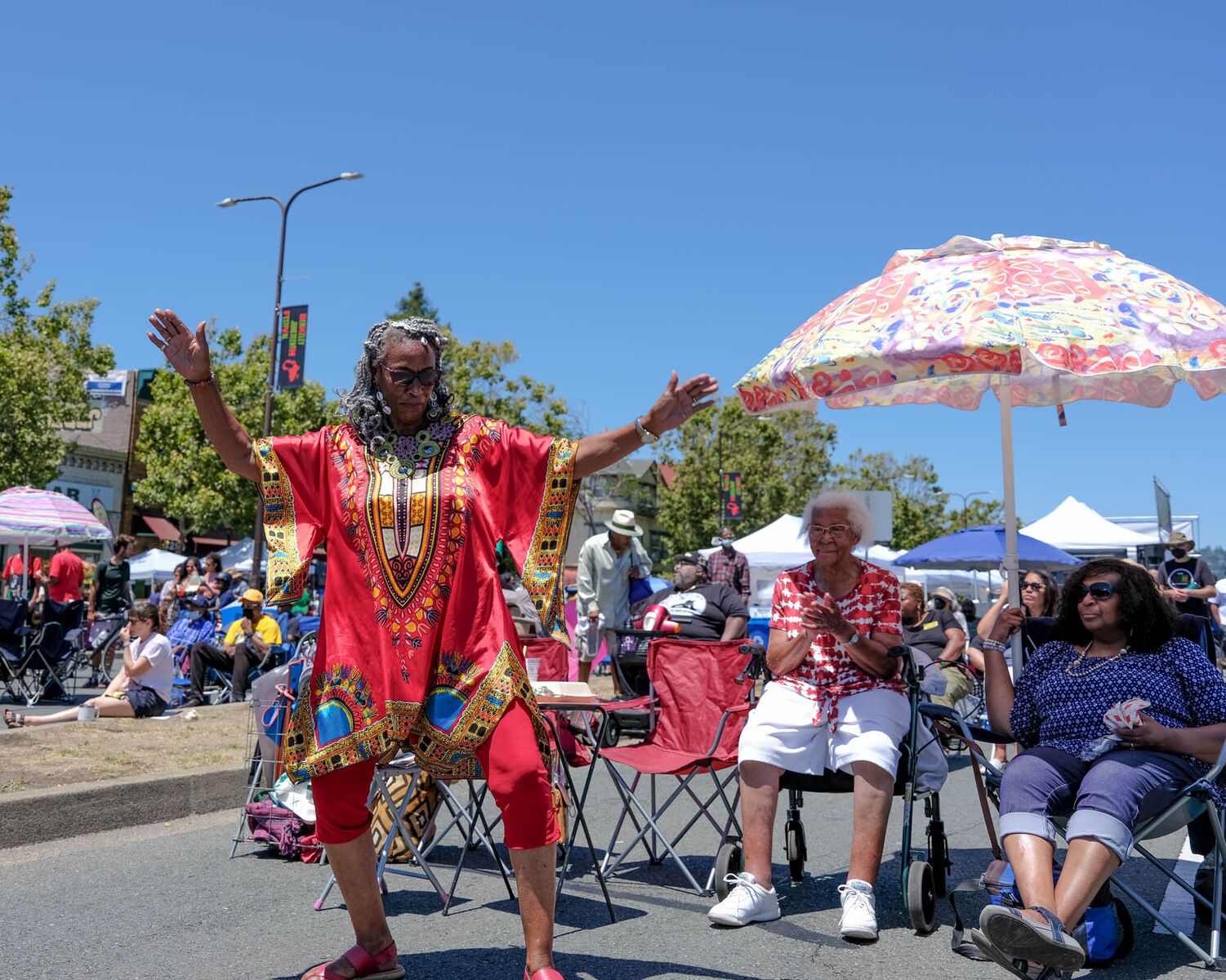