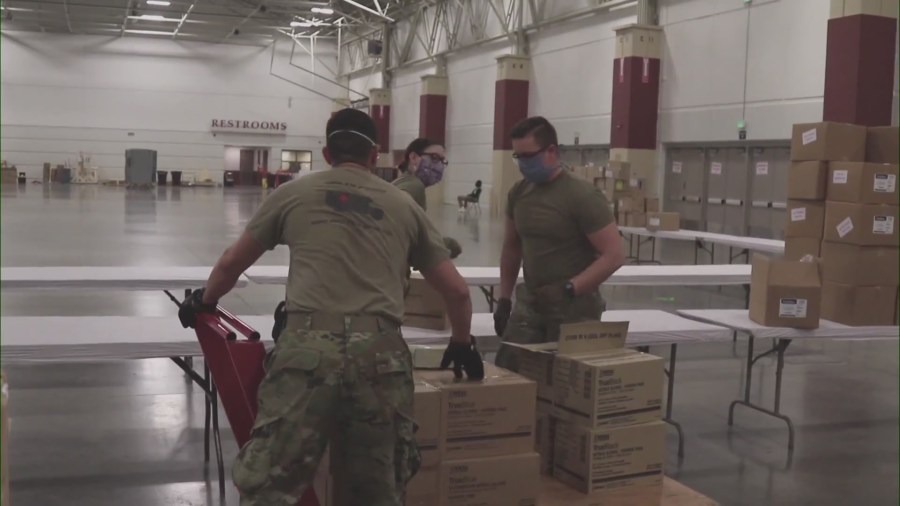 CHICAGO — As neighboring Wisconsin announced the opening of a field hospital amid an increase in new cases, Chicago Mayor Lori Lightfoot blames partisanship in the state’s leadership.

Evers announced Wednesday that the state will open a field hospital next week at the fairgrounds near Milwaukee.

The 500-bed facility was built during the nation’s initial spike in cases in April, but was not necessary until now.

State health officials say only about 16 percent of the state’s hospital beds are available.

“Wisconsin is what happens when you politicize public health,” Lightfoot said.

Lightfoot criticized Republicans who consistently fought Evers’ efforts to curb the spread of COVID-19 in the state.

The Wisconsin Supreme Court struck down his stay-at-home order in May. Evers’ mask mandate is also being challenged in court. New restrictions on indoor public gatherings were issued this week.

State health officials in Wisconsin tie the recent surge in cases to the openings of colleges and schools, as well as a lack of mask-wearing and social distancing.

Easy Ways to Back this Holiday Season and Everyday!

Fact-check: Sen. Dick Durbin’s claim about COVID-19’s effect on U.S. economy vs. the rest of the world is false