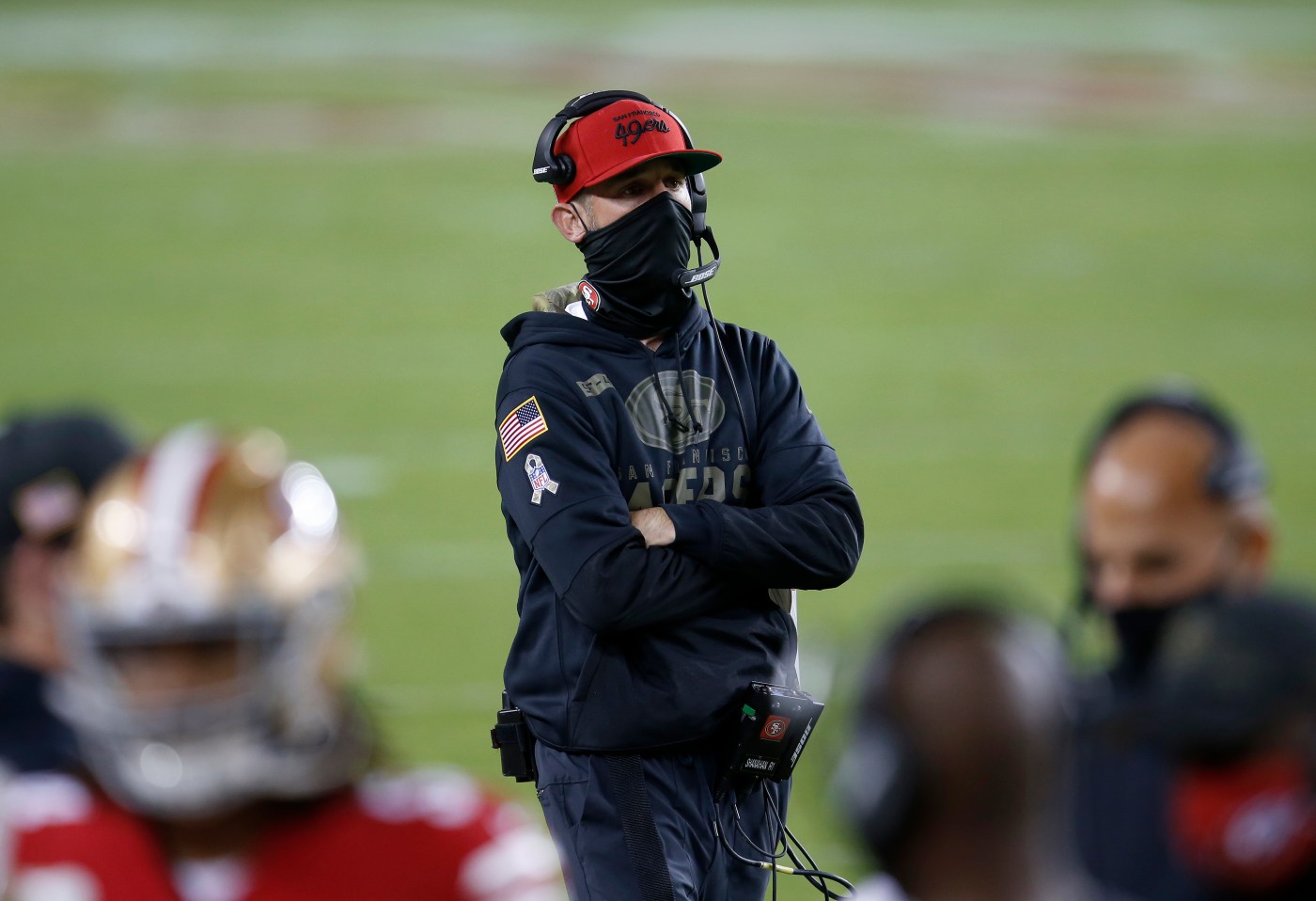 SANTA CLARA — Enough COVID-19 cases prompted the NFL to move the Baltimore Ravens’ game at the Pittsburgh Steelers from Thanksgiving night to Sunday.

So why were the short-handed 49ers not afforded that same option three weeks ago? Let’s try to explain.

The NFL went through with the 49ers hosting the Green Bay Packers on Nov. 5 because, basically, there weren’t enough players ruled out on the COVID-19 reserve list.

Also, and this should be the more compelling reason, the coronavirus pandemic is surging much more than it was three weeks ago, throughout the country and NFL locker rooms.

“This decision was made out of an abundance of caution to ensure the health and safety of players, coaches and game day personnel and in consultation with medical experts,” the NFL said in a statement on moving the Baltimore-Pittsburgh game.

To refresh the 49ers’ situation earlier this month:

On the eve of their Nov. 5 game against Green Bay, wide receiver Kendrick Bourne’s false positive test sidelined him and three high-risk contacts – left tackle Trent Williams and wide receivers Brandon Aiyuk and Deebo Samuel. The Packers, mind you, had three of their own players out on the COVID-19 reserve list.

That meant seven total players between the two teams were out. Seven Ravens players have reportedly tested positive over the past three days, not to mention how many others were deemed high-risk contacts.

The 49ers got creamed 34-17. A day after the game, multiple negative tests allowed the 49ers’ COVID-19 quartet to come off the reserve list, and fans reacted with scorn over the NFL’s inability to push the game to Sunday, an option coach Kyle Shanahan said was never presented.

It’s worth noting that a Packers player tested positive after the game, sending both franchises into what the NFL calls extensive COVID-19 protocol. Last week, the NFL ordered all 32 teams into that COVID-19 stage, meaning virtual-only meetings and mouth shields at practice with stricter guidelines elsewhere, too.

The 49ers have a season-high nine players on the COVID-19 reserve list, as of Monday afternoon’s addition of defensive linemen D.J. Jones and Jordan Willis.

There’s been no hint of a potential postponement of Sunday’s game at the Los Angeles Rams.

None of this schedule juggling should be alarming. Unfair, perhaps, but not stunning.

The NFL has braced itself for such scenarios.

Its crutch, when it comes to keeping the show going, is that every team had its practice squad expand from 10 to 16 players, and those extra six slots are for veterans who can better step in to play on an emergency basis.

Again, so why do the Ravens get preferential treatment over the 49ers? The larger number of cases, both there and increasingly everywhere else.

This really is trending to where if enough players/staff are out (what is enough?!) then games eventually will get canceled. Then, voila, half the teams are playoff bound thanks to a contingency plan owners approved just five days after the 49ers-Packers game.

U.S. soldier arrested in plot to blow up NYC 9/11 Memorial