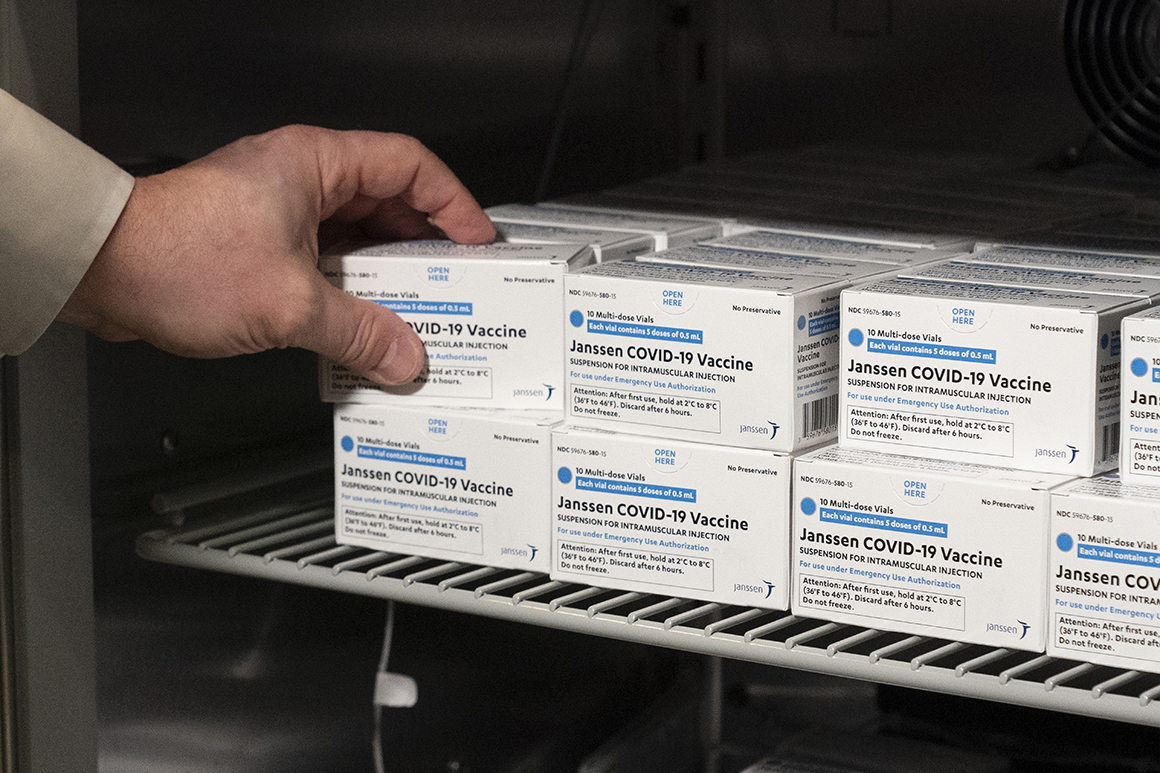 What is clear is that around 2.3 million of the 4.3 million doses of the vaccine delivered have actually been administered. Between 140,000 and 200,000 doses have made it into people’s arms in recent days, according to the Centers for Disease Control and Prevention.

The bumpy J&J rollout highlights the challenges the White House still faces ensuring a timely and steady administration of Covid-19 vaccines with President Joe Biden eyeing July 4 as “Independence Day” from the virus. Because it takes just two weeks to achieve immunity with the J&J shot — compared with five or six weeks for two-dose shots from Pfizer and Moderna, respectively — the absence of enough “one and done” vaccinations has a ripple effect, slowing the overall pace of the rollout.

Biden administration officials had repeatedly warned the initial J&J deployment would be rocky, since there was only a limited supply of shots available in the opening weeks. Problems could also be compounded by reporting lags. But they expect the distribution to smooth out when more of the vaccine becomes available at the end of this month.

“You can’t distribute the vaccine equitably if there aren’t enough doses to distribute,” one senior health official said.

The White House did not immediately respond to a request for comment.

Because states have final say in how their allotments are distributed, some are using the J&J vaccine on populations harder to reach for a second-shot appointment. Others are putting speed over equity and sending out the shots broadly.

“It may be a little bit slower rollout because everybody is trying to decide how to best use this particular vaccine,” said Marcus Plescia, chief medical officer of the Association of State and Territorial Health Officials.

West Virginia is initially using the J&J shot to inoculate its homeless and homebound population, as well as those with intellectual and developmental disabilities living in congregate settings. By next week, health officials anticipate they will use up the entire first shipment of 15,500 J&J shots, and those vaccine appointments are already lined up, according to Clay Marsh, West Virginia’s Covid-19 czar.

“I think that people are getting a feel for how to do this the best,” Marsh said. “We’re just trying to build that framework, the logistics, the processes so that we can most effectively and efficiently take advantage of this new opportunity.”

Pennsylvania is using its 107,600 doses of J&J to vaccinate teachers and other school staff in an effort to get kids back into classrooms. As of Friday, nearly 83,900 shots have been administered, according to a health department spokesperson.

U.S. Department Of Housing And Urban Development Gives $5 Billion To Homeless People In The Pandemic, Says We Can Help Them Access Their Stimmies

How to Celebrate Easter at Home During Lockdown