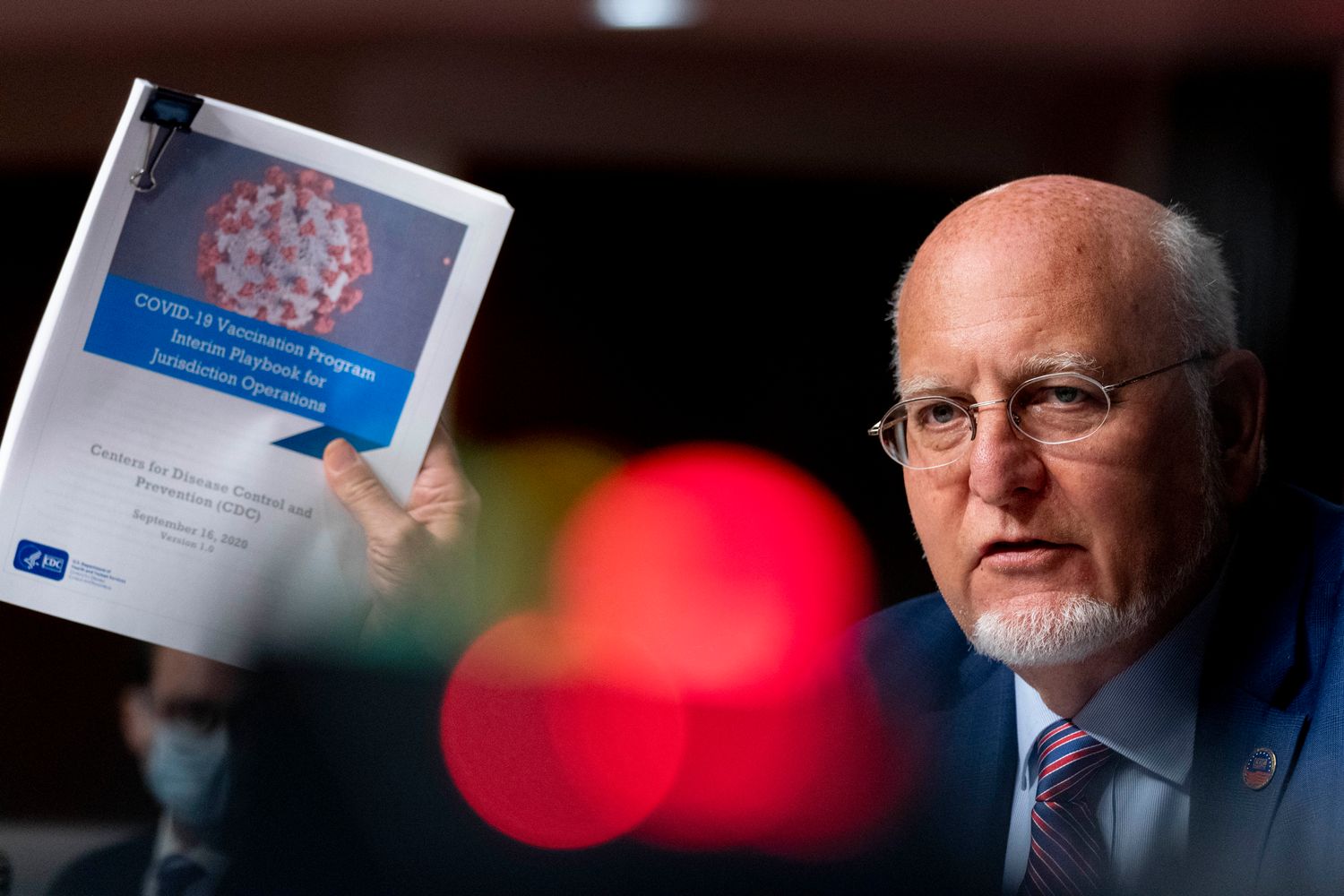 Redfield on Wednesday warned that states still need about $6 billion from Congress to cover supplies, distribution and training for the vaccination effort. But lawmakers have been stalled for months over a new round of coronavirus aid, and a relief package is doubtful before the election.

“The time is now for us to be able to get those resources out to the states, and we currently don’t have those resources,” he testified. Redfield, who a spokesperson said was unavailable for an interview, told senators that the vaccine aid for states was “as urgent” as readying vaccine manufacturing facilities to ramp up production.

After this article published, a top policy official at the Department of Health and Human Services in an interview said the administration believes it already has enough funding to cover the distribution effort.

“I know Dr. Redfield appropriately tried to represent the concerns of many of the states, but I can assure you that we feel the financial resources will not be a limitation in our desire to vaccinate every American, so that is not a concern of ours at Health and Human Services,” said Paul Mango, the HHS official.

The CDC on Wednesday released a 57-page interim playbook meant to help states write their distribution plans, but the agency also acknowledged there are “many unknowns and unanswered questions at this time.” The federal government will provide the vaccine, syringes and alcohol swabs, but states must furnish other supplies, including Band-Aids, gloves and specialized containers to dispose of used needles. Operation Warp Speed, the interagency effort aimed at speeding coronavirus treatments and vaccines, may also be able to provide help to states worried about shortages of some supplies, Mango said.

“Now, will the states have to have Band-Aids after they administer a vaccine? OK, well maybe that’s the case,” he said. “I’m hoping the states can figure that out.”

The new CDC roadmap, which defers much of the details to states, still leaves unanswered questions that could complicate their planning efforts. For instance, states don’t know yet how many of the initial doses they will receive or how many will be provided to national pharmacy chains. The CDC offered various scenarios that states should prepare for, but they vary widely; it can be as few as 15 million doses or as many as 45 million by the end of the year.

Some questions are unanswerable right now. No one knows which of the vaccines now in late-stage trials will emerge victorious, if any, or how protective they will be. There’s general agreement that the first round of vaccines should go to health care workers and first responders, but it will be left to states to make crucial decisions about who among those groups to prioritize if limited doses are available.

“They have to put a plan together without knowing a lot of the pieces,” said Hemi Tewarson, a senior policy fellow at Duke University’s public health school. “There’s a lot of concern on the state side: ‘How do we do this right, how do we get all of these pieces in place when we don’t know a lot of information while at the same time trying to communicate to the public effectively.’ From a practical perspective, there are going to be some bumps in the road.”

Spokespeople from the CDC and Operation Warp Speed, the interagency effort to develop coronavirus vaccines and treatments, did not respond to questions.

Part of the complication is the three vaccine candidates in late-stage clinical trials in the U.S. each have different requirements for storage. One developed by Pfizer must be kept to at least -70 degrees Celsius in an ultra-cold freezer or dry ice thermal shippers for 15 days. The company says it can last in a regular refrigerator for no more than five days. Another from Moderna can be maintained at -20 degrees Celsius in a normal freezer and last for seven days in a refrigerator. AstraZeneca’s must be maintained in cold temperatures but does not have to be kept below freezing.

Covid-19 cases in Europe: Why Spain, France, the UK, and other countries face new outbreaks

Rapper Offset Is Stopped By Police During Instagram Live Video

Vegas Street Race Passenger is Killed Leaning Out Window to Push Cyclist to Her Death: Police

Who Is Emily Hampshire From Schitt’s Creek Dating?