The Senate voted 86 to 11 to pass a $40 billion Ukraine aid package Thursday in the latest bipartisan signal of Washington’s deepening commitment to Ukraine’s grinding war against Russia.

The bill includes a huge one-time outlay of military and security assistance, along with funding for mounting economic and humanitarian needs. This latest legislation comes in addition to the $13.6 billion in emergency assistance for Ukraine that Congress approved in March, bringing the total of the United States’ Ukraine aid to a historic $53 billion since the start of the war.

“Putin’s illegal war in Ukraine underscores the importance of democracies around the world sticking together to stand against authoritarians who violate international law and commit war crimes,” Senators Mark Warner (D-VA) and Tim Kaine (D-VA) said in a statement. “Today’s vote is another powerful signal that the United States is committed to that principle, and we’re going to keep working to ensure that we remain a very strong ally of Ukraine.”

President Joe Biden is expected to sign the bill quickly, as the administration had previously warned that Ukraine funding would run out by May 19. Republican and Democratic leaders in the Senate had hoped to speedily approve the package after it cleared the House last week, only to have Sen. Rand Paul (R-KY) stall the process. But, in the end, Congress delivered, allocating even more aid than the $33 billion Biden initially requested.

The big bipartisan majorities underscore the consensus around backing Ukraine’s resistance against Russia. Democrats and most Republicans have championed the legislation as the US’s best tool to defend democracy in Ukraine and beyond.

Ukraine relies on support from the US and its partners for the weapons to fight Russia, and for economic aid to keep it afloat: Ukrainian officials estimate that the country is running about a $5 billion deficit a month. The humanitarian situation is dire in places under Russian assault and for the millions who have fled the conflict so far. That crisis is rippling out to the rest of the world through things like spiking food and fuel prices, all issues that this aid package seeks to address.

This massive influx of aid is a recognition that the United States sees assistance to Kyiv and to its partners as necessary for Ukraine’s efforts against Russia, and in mitigating some of the fallout from the conflict around the world. What is less clear is how this legislation defines the United States’ longer-term strategy in Ukraine, and whether this deeper investment is sustainable if the war drags on.

The package hit a major snag in the Senate when Paul objected to the bill, citing the need for an independent inspector general to oversee the funding — something, at least, Democrats and Republicans agree with in principle. But Paul wanted to write the language directly into the legislation, which would have further delayed the bill, potentially jeopardizing the flow of aid to Ukraine.

Paul’s objections were enough to prevent the Senate from fast-tracking the bill, and so it had to go through all the normal procedures for legislation. It advanced on Monday, with Paul and 10 other Republicans voting against it, criticizing its cost and the value of using US dollars to support Ukraine’s efforts. (The legislation does provide for oversight from the inspectors general at existing agencies, like Defense and State.) On Thursday, the bill cleared the Senate.

The size and scale of the bill are massive. The biggest chunk of the funding will go to military and security assistance for Ukraine. It has $6 billion for the Ukraine Security Assistance Initiative, which includes weapons, equipment, and logistics support, among other things, according to a fact sheet from the House Appropriations Committee.

That money is on top of $3.8 billion in weapons that the US has delivered to Ukraine since February. This Ukraine aid package, however, also puts about $9 billion toward replenishing US weapons stockpiles. It also allocates $3.9 billion to help European partners and troop deployments in the region.

“In short, it signals that Biden is all-in, intent on a strategy meant to help Ukraine ‘win’ the war,” William Walldorf Jr., a professor in the department of politics and international affairs at Wake Forest University, said in an email.

The legislation also allocates a big pot of money — about $900 million — to supporting Ukrainian refugees and to the countries assisting the more than 6 million Ukrainians who’ve fled the conflict so far.

About $8 billion goes to the Economic Support Fund to help support the government, which needs money to do things like respond to emergencies, pay salaries, and keep social services running. According to the House Appropriations Committee, about another $5 billion in total will address global food insecurity, a growing recognition of the instability the Ukraine war — and sanctions against Russia — is causing outside its borders.

US aid is a huge investment in Ukraine’s democracy and defense. But how far can it go?

Ukraine’s resistance — aided by tranches of weapons from the West — has foiled Russia’s initial war aims, forcing them to recalibrate and focus their campaign in the east and south of Ukraine. Russia has made real territorial gains, but its advance has been incremental, especially in the east where Ukraine is also chipping back some territory.

This is a fragile status quo, and will be difficult for Ukraine to sustain, even with Russia’s depleted military. That’s what’s behind the urgency driving behind the latest aid package, as the US wants to make sure military equipment and weapons continue to flow to Ukraine without interruption.

In recent weeks, the Biden administration has also begun to be explicit about its own aims in this conflict: to weaken Russia and to back the Ukrainian people in defense of their country. “Ukraine clearly believes that it can win, and so does everyone here,” Secretary of Defense Lloyd Austin said last month at a meeting with his defense counterparts. “Ukraine needs our help to win today and they will still need our help when the war is over.”

But it’s not clear what “winning” in Ukraine actually looks like for Ukraine or for its partners in the West. Is it a Russian defeat? Is it bringing Russia to the negotiating table? And it’s not apparent if the US’s goals, NATO’s goals, and Europe’s goals are all aligned with Ukraine’s.

This latest influx of support shows the US’s entrenched support for Ukraine, and some experts suggested the United States should use this aid package as leverage to try to get Russia to the negotiating table.

“The size of it signifies we think [we’ll] — I wouldn’t say win, but basically make Russia to settle for a deal, which we would have thought impossible when this thing first started,” said Lawrence Korb, senior fellow at the Center for American Progress and former assistant secretary of defense.

The United States’ infusion of cash and weapons to Ukraine ends any hesitancy that might have existed at the start of the conflict to support Ukraine, over fears it might provoke Russia. So far, Putin has threatened the West and NATO but has not escalated beyond Ukraine. But, as experts said, there is a risk that Putin could interpret the US’s support as such an escalation and the US needs to have a plan for that possibility.

Another question is how sustainable this level of support is, for both the US and Ukraine. In April, the Biden administration assessed that the new funding package would “enable Ukraine’s success” over the next five months — basically until the end of September. Senate Minority Leader Mitch McConnell (R-KY) said Sunday, after visiting Ukraine himself, that he expected to the legislation to provide help for a “significant period of time.”

The longer the war goes on, the more assistance Ukraine may need from the West and its partners. And the greater the other costs as well — more lives lost, more infrastructure destroyed, more businesses wrecked. Those costs will not be confined to Ukraine, as the higher costs of food and fuel risk instability elsewhere.

The effects of food and fuel shortages will be most acutely felt in poorer countries ill-equipped to handle them, but will also affect Europe and the United States, where the public may decide they’ve reached the extent of the costs they’re willing to bear. And because US and Western support is so critical to Ukraine, both in the war and after, turning off the spigot would be as pivotal as turning it on. 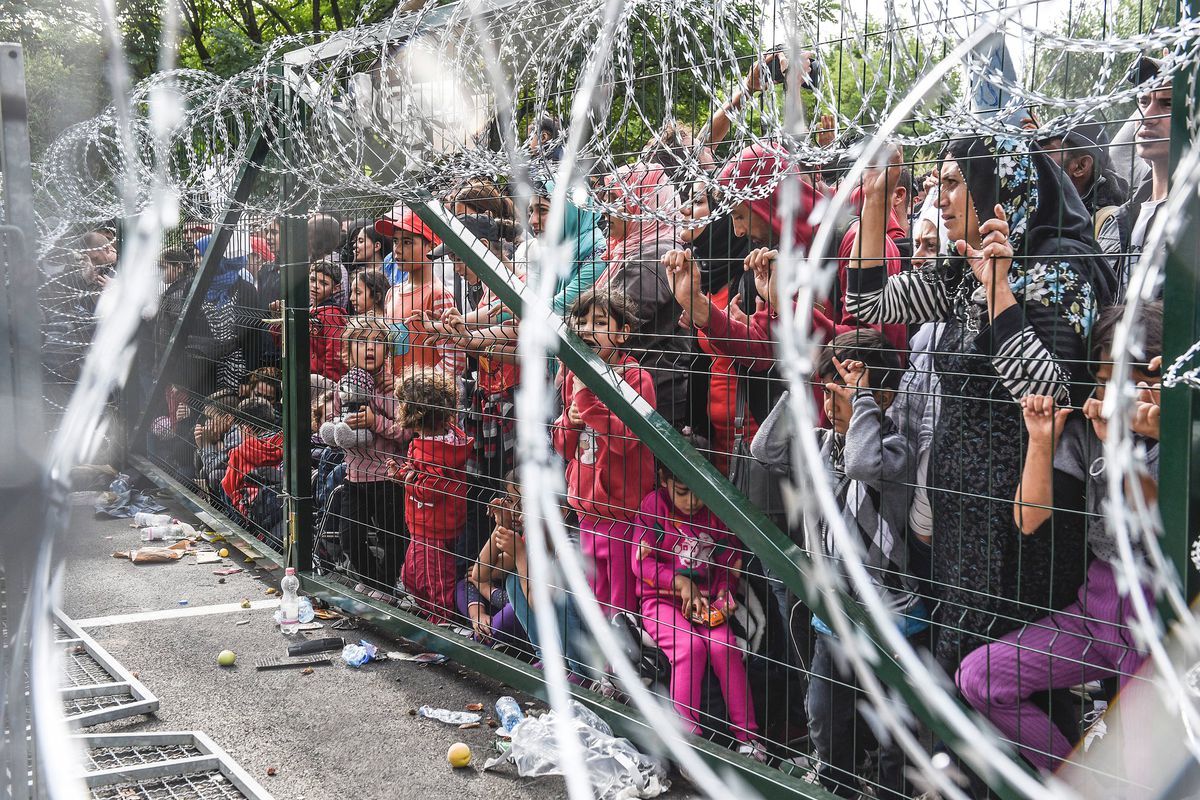