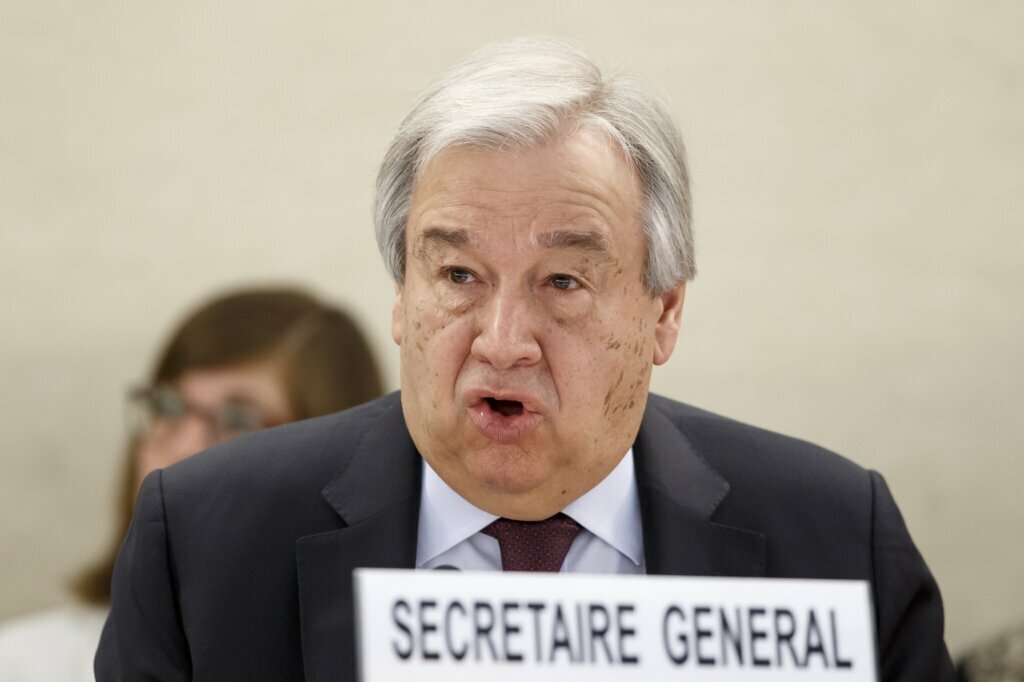 UNITED NATIONS (AP) — Children have so far largely escaped the most severe symptoms of COVID-19 but the social and economic impact “is potentially catastrophic for millions of children,” according to a U.N. report launched Thursday.

It said COVID-19 is turning into “a broader child-rights crisis.”

“All children, of all ages, and in all countries, are affected,” it said. “However, some children are destined to bear the greatest costs.”

Those badly hit will be children living in slums, refugee and displacement camps, conflict zones, institutions and detention centers and youngsters with disabilities, the report said.

U.N. Secretary-General Antonio Guterres warned in a video statement launching the report that the coronavirus pandemic is putting many of the world’s children “in jeopardy” and urged families everywhere and leaders at all levels to “protect our children.”

The U.N. chief said the lives of children “are being totally upended” by COVID-19.

He pointed to almost all students out of school, family stress levels rising as communities face lock-downs, and reduced household income expected to force poor families to cut back on essential health and food expenditures, “particularly affecting children.”

Guterres said the global recession that is gathering pace as a result of the pandemic and the measures being taken to mitigate it could lead to “hundreds of thousands additional child deaths in 2020.”

According to the report, “This would effectively reverse the last two to three years of progress in reducing infant mortality within a single year.”

The estimate of hundreds of thousands of additional child deaths came from a 2011 paper by three economists — Sarah Baird, Jed Friedman, and Norbert Schady — who investigated the impact of “income shocks,” like a recession, on infant mortality.

On education, the report said 188 countries have imposed countrywide school closures, affecting more than 1.5 billion children and young people. And it said nearly 369 million children in 143 countries who rely on school meals for daily nutrition must now look to other sources.

Guterres said some schools are offering online learning but children without access to the internet and in countries with slow and expensive services are severely disadvantaged.

Noting that children are both victims and witnesses of domestic violence and abuse, he said, “with schools closed, an important early warning mechanism is missing.”

Amid pandemic, debate rages in Mexico: is beer essential?