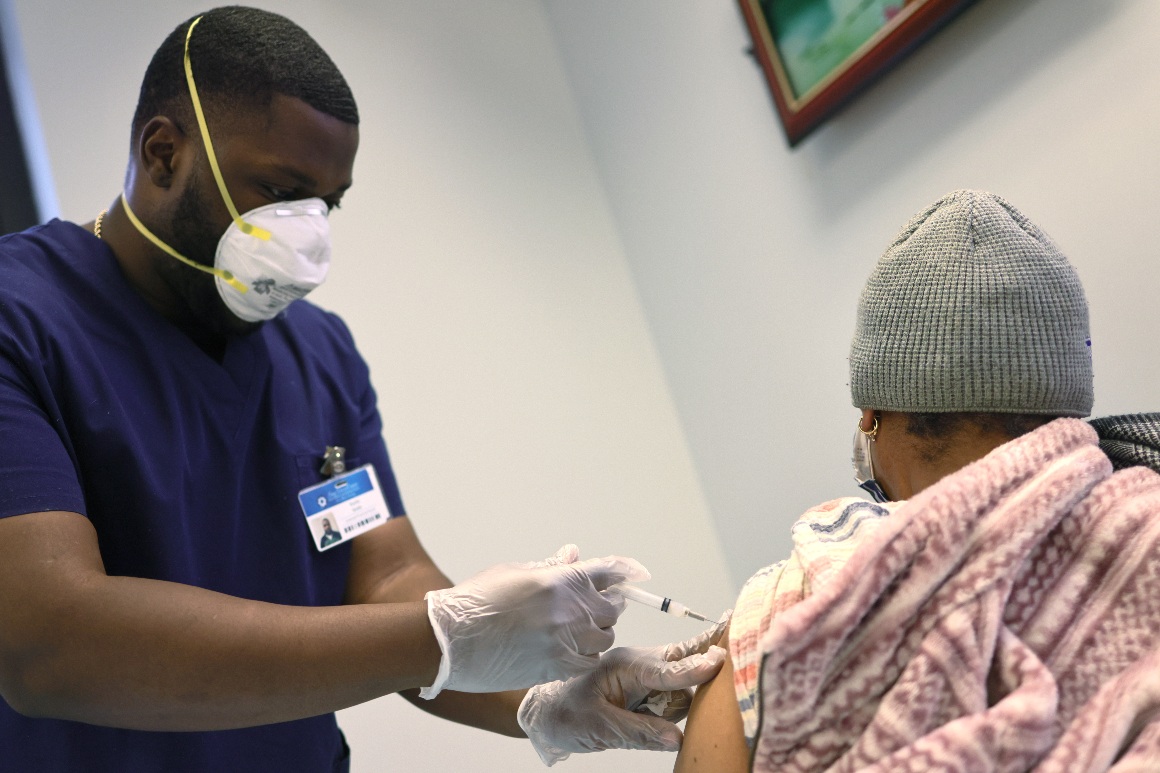 Biden has also said repeatedly that every American who wants to be vaccinated should be able to by July.

Vaccine makers also discussed the rising threat of different coronavirus strains such as B.1.315, the variant first found in South Africa that appears to be less susceptible to some vaccines.

Moderna is beginning trials with the National Institutes of Health for a booster shot aimed at that strain. Pfizer is in discussions with the FDA about clinical study designs to test updated versions of its own vaccine against emerging variants, Chief Business Officer John Young said.

Novavax, which just completed U.S. trial enrollment this week for its broad Phase III trial, “is already aggressively working on a strategy to provide the broadest coverage,” said John Trizzino, chief commercial and chief business officer. He added that the company’s technology and manufacturing process make it easy to edit and scale up modified vaccines.

FDA updated its vaccine guidance just a day earlier to flesh out some of its expectations for modified or booster shots aimed at variants. While the agency’s vaccine chief Peter Marks told reporters that trials for modified vaccines could enroll a “few hundred” people — a far cry from tens of thousands enrolled in typical Phase III trials for vaccines — those particulars were not laid out in the document.

“We are hopeful that we will be able to do it without large Phase III trials,” said Hoge, who added the company has been in productive conversations with the FDA about its human trials that begin soon.

Pfizer’s Young said it would be ideal to take a flu vaccine approach with these modified shots. Vaccines for influenza are slightly altered each year to tackle new, prominent strains and do not go through lengthy Phase III trials for the changes. “Certainly we believe that more of a seasonal flu-like process, where a new variant [vaccine] might be able to demonstrate safety and immunogenicity in a smaller number of patients, might be a much quicker way of being able to expedite a new variant vaccine to patients in this country.”

The FDA did not rule out speedy modified vaccine approvals in the future, saying in the Monday guidance that “further discussions will be necessary” to decide whether the agency could at some point authorize modified Covid-19 vaccines “without the need for clinical studies.”

Proven Advice To Save You Money On Your Car Insurance Bill

Madonna hits back at commenter over post about gun violence: ‘Say it to my face’

Meet the Woman Who Could Send Donald Trump to Prison

Alan Cross: Sorry Gen X, but the music of your youth is now the new classic rock – National