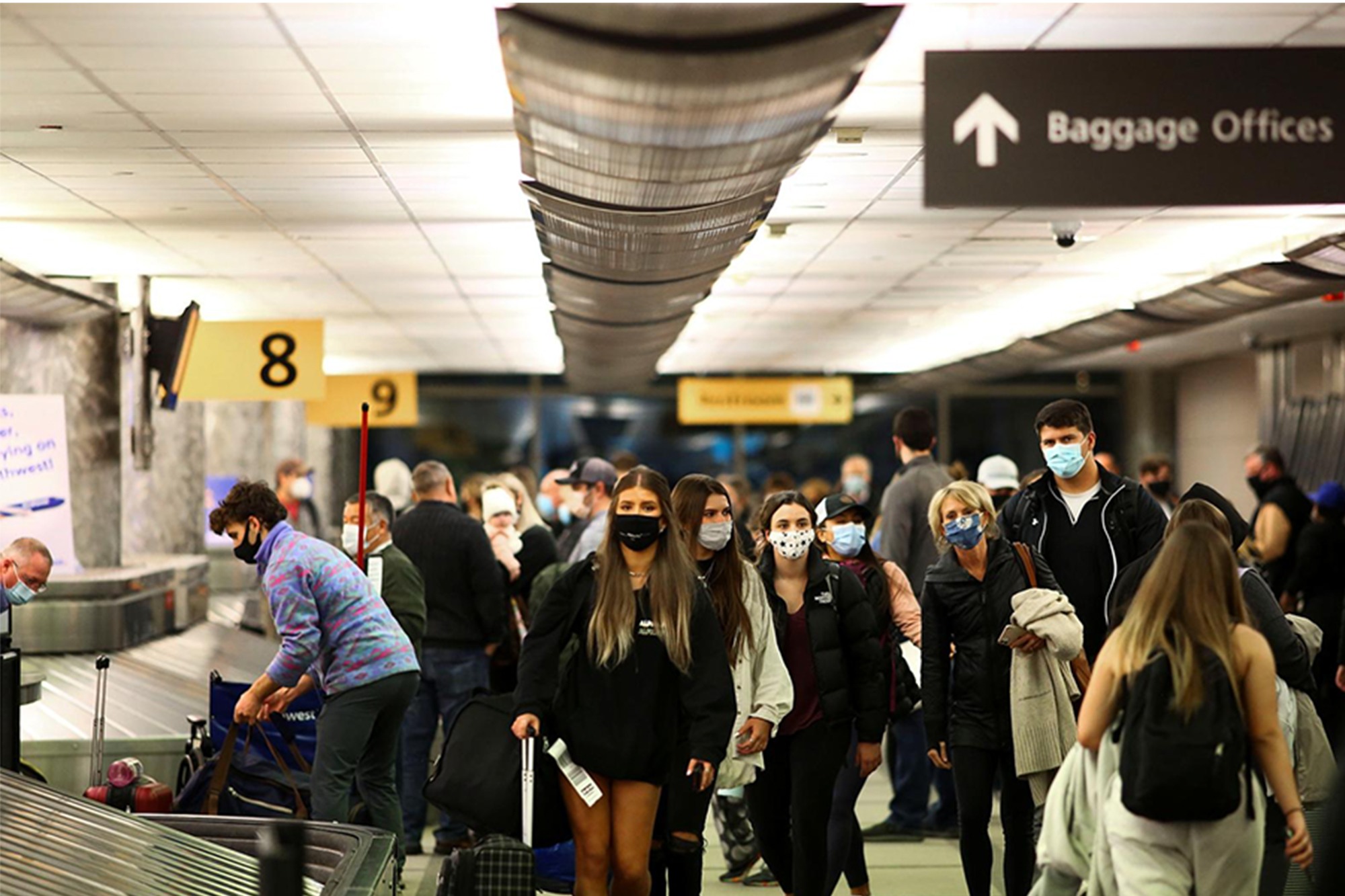 In a display of “ ‘hygiene theater,’ gratuitously incommoding passengers to create the illusion of added safety,” the Transportation Security Administration has extended mask requirements for all passengers, vaccinated or not, until Sept. 13, gripes Reason’s Jacob Sullum. The TSA is trying to “pass the buck” by blaming Centers for Disease Control and Prevention guidelines, but the CDC actually OK’d the vaccinated going mask-less. Given the few COVID-19 cases linked to air travel and “the remarkable effectiveness of vaccines, forcing passengers to continue wearing masks even after they have been vaccinated cannot reasonably be expected to provide any significant additional safety.” Airlines might still have opted to “placate irrationally fearful employees and passengers by imposing a gratuitous burden on vaccinated customers,” but the TSA “is not giving them any choice in the matter.”

From the right: Asian Hate Lurks in Elite Schools

“Today’s anti-Asian racism is usually expressed . . . in the progressive patois of a ‘culture’ of ‘diversity’ ” in elite high schools across the country, thunders George Will at The Washington Post. At Thomas Jefferson HS, “a selective STEM magnet school with a national reputation for excellence” and a majority-Asian-American student body in Fairfax, Va., the school board is revamping the admissions process to “engineer a student body in which racial and ethnic groups are ‘proportional’ to their shares of the county’s population.” It’s doing this by axing the admissions test, on which Asian-American students excel, and limiting “the number of ­admissions from particular middle schools.” Yet “most beneficiaries will be white.” Beware “today’s saturation of national life with government-endorsed and government-enforced racial discrimination.”

President Biden wants to strike the Hyde Amendment, which bars direct federal funding of most abortions — “going full-ghoul while trying to jettison what for 45 years has been both his own position and US policy,” fumes Quin Hillyer at the Washington Examiner. This “would end decades of bipartisan agreement that, no matter what one’s position on the legality of abortion, at least it is enough of a morally fraught issue that the money of anti-abortion taxpayers should not be confiscated to pay for the taking of [babies’] lives. The consensus . . . was both moral and commonsensical. When a third of the population thinks that a procedure is murder, and another third finds it morally problematic enough to favor considerable restrictions on it, it is unethical to use the plenary force of government to make those two-thirds materially support it.”

The Supreme Court’s recent “display of unanimity is notable given the calls by Democratic leaders to pack the court,” observes Jonathan Turley at his site. In four cases the last fortnight, on topics from immigration to tribal authority to funding ­environmental restoration on Guam, the nine ­Supremes ruled unanimously. This “extraordinary” string of decisions could be the justices’ “implied message” that the court “is not nearly as rigid and divided as suggested” by Democrats. After Justice Stephen Breyer recently “warned against any move to expand the Supreme Court” (as did Ruth Bader Ginsburg before her death), liberals “swiftly denounced” him and “called for his retirement.” Perhaps the “scheduling of these unanimous opinions” is the high court “clearing its throat on these campaigns and threats.”

Supply-sider: Biden’s Given Up on Growth

“There is virtually no growth in” President Biden’s $6 billion spending plan, warns Larry Kudlow at The New York Sun. After all the “hullabaloo of radical transformation” in Biden’s many proposals, he still projects “the same sub-2 percent growth of the Obama-Biden stagnation years.” Huh? “If you’re going to transform the economy and the culture, at least show that you believe it will create more jobs, higher wages, bigger family incomes and a rejuvenated economy.” This shows that “the Democrats don’t care about growth and prosperity. They just say they do. What they want is redistribution.”

A Running List of Restaurants That Closed in New York City, June 2021

Don’t Miss Victor, a Mediterranean Restaurant Near the Gowanus Canal

A Running List of New Restaurants That Opened in New York City, June 2021