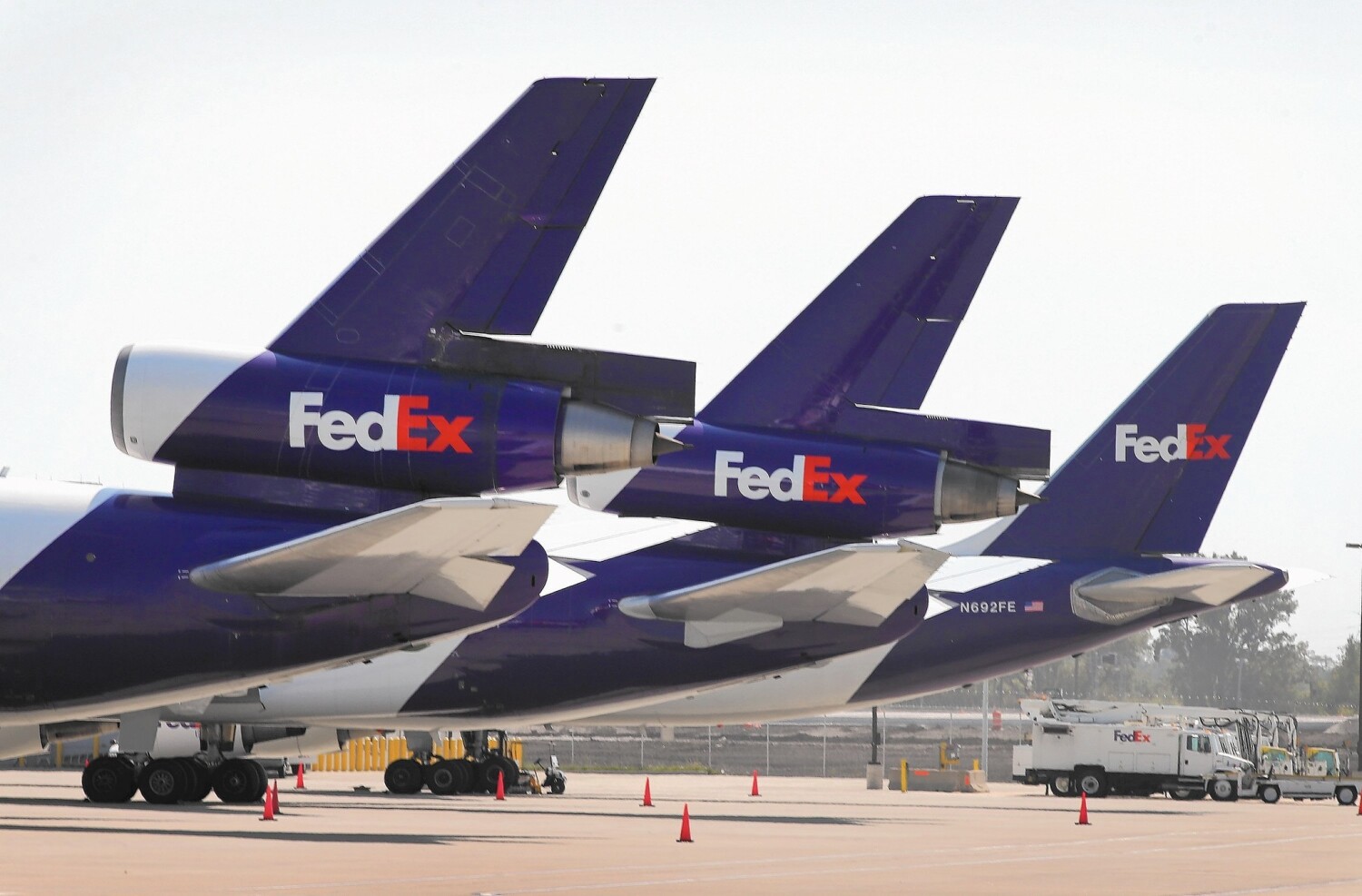 A secretive Trump administration project that enlists private companies to bring masks and other medical equipment to the U.S. to fight the coronavirus outbreak has provided tens of millions of dollars in taxpayer subsidies to the nation’s largest medical-supply companies with little public accounting.

Over the last three weeks, taxpayers have paid to fly the companies’ supplies to the U.S. from Asia on government-chartered cargo flights, while the firms have been free to sell the material to hospitals, clinics and others at prices they choose.

That has saved the companies more than $25 million in shipping costs, savings they are not required to pass on to the medical systems, state governments and others who buy their products. The supply companies’ profits topped $2 billion last year, financial statements show.

The administration has refused to disclose crucial details of the operation, known as Project Air Bridge, including its financial arrangements with the companies involved. These include multibillion-dollar firms such as McKesson Corp., Cardinal Health Inc., FedEx and UPS.

Five of the six medical distributors involved in Project Air Bridge — including the biggest companies — also wouldn’t answer questions about their participation.

Only Medline Industries Inc., a private company based outside Chicago, agreed to discuss Air Bridge. A spokesman said the company’s agreement with the government includes a stipulation that it charge “reasonable” prices, but the spokesman would not detail what that meant or how it would be enforced.

The Federal Emergency Management Agency, which is running Air Bridge, required The Times to file a Freedom of Information Act request to get copies of any contracts or other financial agreements with the participating companies, a process that can take weeks or months.

Smaller competitors say the administration has effectively excluded them from the government-subsidized program.

“It seems like you have to be one of the big boys running things to get a ride on the bus,” said an executive at a company that was not invited to participate in Project Air Bridge.

“That seems pretty unfair,” the executive said, noting that the cost of air freight can add 10% or more to the price of medical supplies for firms that have to pay to ship from Asia themselves.

The executive, who noted that even in a national emergency the government should ensure taxpayers are not being fleeced, asked not to be identified out of fear of antagonizing the White House at a time when many are seeking to do business with the federal government.

The lack of transparency and accusations of preferential treatment for industry leaders has prompted questions from Congress and others, as well.

“Without more transparency on Project Air Bridge, it appears as if the administration is more concerned with helping a handful of companies turn a profit than being up front with the American people,” said Rep. Mike Levin (D-San Juan Capistrano), who with 56 House colleagues sent a letter last week to FEMA Administrator Peter Gaynor.

In addition to missing out on subsidies, suppliers not selected for Air Bridge also risk having supplies they import seized at ports of entry by the federal government without explanation. Medical systems across the country have reported shipments being expropriated in recent weeks, as previously reported by The Times.

FEMA’s opaque process is one of several issues frustrating members of Congress, who have sent numerous letters to the agency in recent weeks seeking details about the program and the administration’s broader strategy for distributing medical supplies.

The White House has cast Project Air Bridge, which President Trump’s son-in-law Jared Kushner helped set up, as a bold public-private partnership in a time of crisis. The administration touts the initiative to rebut charges that it has been unprepared to deal with shortages of critical supplies.

“We’re working across government and private sectors to get our heroic doctors, nurses, healthcare workers … medical supplies they need. We’re getting them tremendous amounts of supplies,” the president said at a recent briefing after meeting with company executives.

“We’re glad to be joined by leaders of America’s medical supply and shipping companies. They’re big people. I know their names very well, from watching business and studying business all my life.”

According to FEMA, Project Air Bridge was set up in late March to speed transportation of medical supplies from manufacturers in China and elsewhere to communities in the U.S. facing the biggest coronavirus outbreaks.

The participating medical-supply distribution companies send half of the shipments to customers in coronavirus hot spots and can send the remaining half to their existing customers elsewhere in the country, according to FEMA and Medline.

“This allows critical supplies to be sent to communities with the greatest needs,” a FEMA spokeswoman said, noting the agency deliberately chose to work with the biggest suppliers at the direction of the White House.

The hot spots include New York, New Jersey, Connecticut, Boston, Chicago, Detroit, Miami, Los Angeles, Seattle, New Orleans and “many other hot spot sub-markets,” according to the agency. FEMA has not detailed which supplies it is directing where, despite requests from the news media and members of Congress.

As of Monday, Air Bridge had brought in 400,000 N-95 masks, 25.7 million surgical masks and 24,000 face shields, the administration says. The program has included more than 35 flights, which have cost about $750,000 per flight, according to FEMA. Vice President Mike Pence gave a slightly different count on Wednesday, saying that 44 flights had taken place and roughly 50 more were scheduled.

Medline spokesman Jesse Greenberg defended the company’s participation in the government-funded shipping operation and disputed the suggestion that Medline is getting preferential treatment.

“The fact is that we are getting additional products in an expedited fashion at a time when they are needed most,” he said.

Greenberg added that Medline has been losing money during the pandemic because its contracts with medical systems require the company to provide masks and other medical supplies at pre-pandemic prices. Those prices are lower than what it currently costs the company to get products from manufacturers, Greenberg said.

As a private company, Medline doesn’t have to disclose its financial data, though it reported $11.7 billion in revenue last year.

Medical distributors and medical systems that buy their products don’t typically disclose the prices they negotiate, making it difficult to assess what the Air Bridge participants are charging for supplies.

In California, Amanda Chawla, who oversees the supply chain for Stanford Health Care, said the medical system has been able to avoid paying hugely inflated prices for masks and other protective gear because of contracts with large distributors that predated the coronavirus pandemic.

But Chawla noted that several companies participating in Air Bridge have tried to renegotiate contracts to get higher prices, citing the crisis and global medical supply shortages.

“If somebody comes back and says, ‘Look, my cost for raw material X has gone up; let me show you how much it’s gone up,’ we have that conversation, and we look at the contract,” Chawla said. She did not identify the companies.

Altogether, the six firms participating in Air Bridge have contracts with thousands of hospitals, medical systems and other healthcare providers across the country. Distributing medical supplies has been a lucrative business for several of the companies.

McKesson, the nation’s largest medical distributor, reported $214 billion in revenue in 2019 and $255 million in profit.

Cardinal Health, another Air Bridge participant, had $145 billion in revenue last year and more than $1.3 billion in profit, according to company financial statements.

Henry Schein Inc., another of the six Air Bridge companies, reported almost $10 billion in revenue and $719 million in profit in 2019.

Of the remaining two firms involved in the project, Owens & Minor Inc. reported losing money last year. And Concordance Healthcare Solutions LLC. is not publicly traded, and therefore doesn’t have to report its revenues and profits.

Trump to push for reopening economy despite coronavirus testing concerns

Trump Covid vaccine czar says U.S. should be able to immunize nearly third of population by end of February

Fauci says Christmas and New Year’s restrictions will be necessary

Experts: Virus numbers could be erratic after Thanksgiving

AstraZeneca vaccine: Drugmaker hopes the world can focus on its positive news. But experts fear a lack of transparency has clouded that