People shop in a supermarket in Washington, DC, on May 26, 2022, as Americans brace for summer sticker shock as inflation continues to grow.

The Federal Reserve’s preferred inflation gauge rose 4.9% in April from a year ago, a still-elevated level that nonetheless indicated that price pressures could be easing a bit, the Commerce Department reported Friday.

That increase in the core personal consumption expenditures price index was in line with expectations and reflected a slowing pace from the 5.2% reported in March. The number excludes volatile food and energy prices that have been a major contributor to inflation running around a 40-year peak.

The 0.3% increase on a monthly basis was the same as March and in line with Dow Jones estimates.

Including food and energy, headline PCE increased 6.3% in April from a year ago. That also was a deceleration from the 6.6% pace in the previous month. However, the monthly change showed a more marked pullback, with an increase of just 0.2% compared with the 0.9% surge in March.

Inflation for the past several months has been moving at a pace not seen since the early 1980s. The inability of supply to keep up with demand has pushed prices higher, fed by unprecedented fiscal stimulus during the Covid pandemic, clogged global supply chains and the war in Ukraine that has sent energy prices soaring and led to fears of food shortages.

Responding to the price pressures, the Fed has implemented two interest rate increases totaling 75 basis points and has indicated that a series of hikes are likely ahead until inflation comes closer to the central bank’s 2% goal.

The PCE numbers reported Friday are lower than the consumer price index used by the Bureau of Labor Statistics. Headline CPI for April rose 8.3% from last year.

The two numbers differ in that the CPI tracks data from consumers while PCE is extracted from businesses. The Fed considers PCE a broader-based measure of what is happening with prices on a variety of levels.

Housing Market Has Altered the Math of Moving 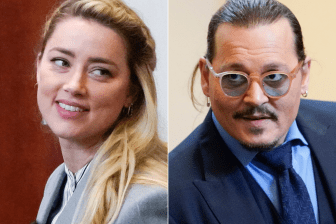