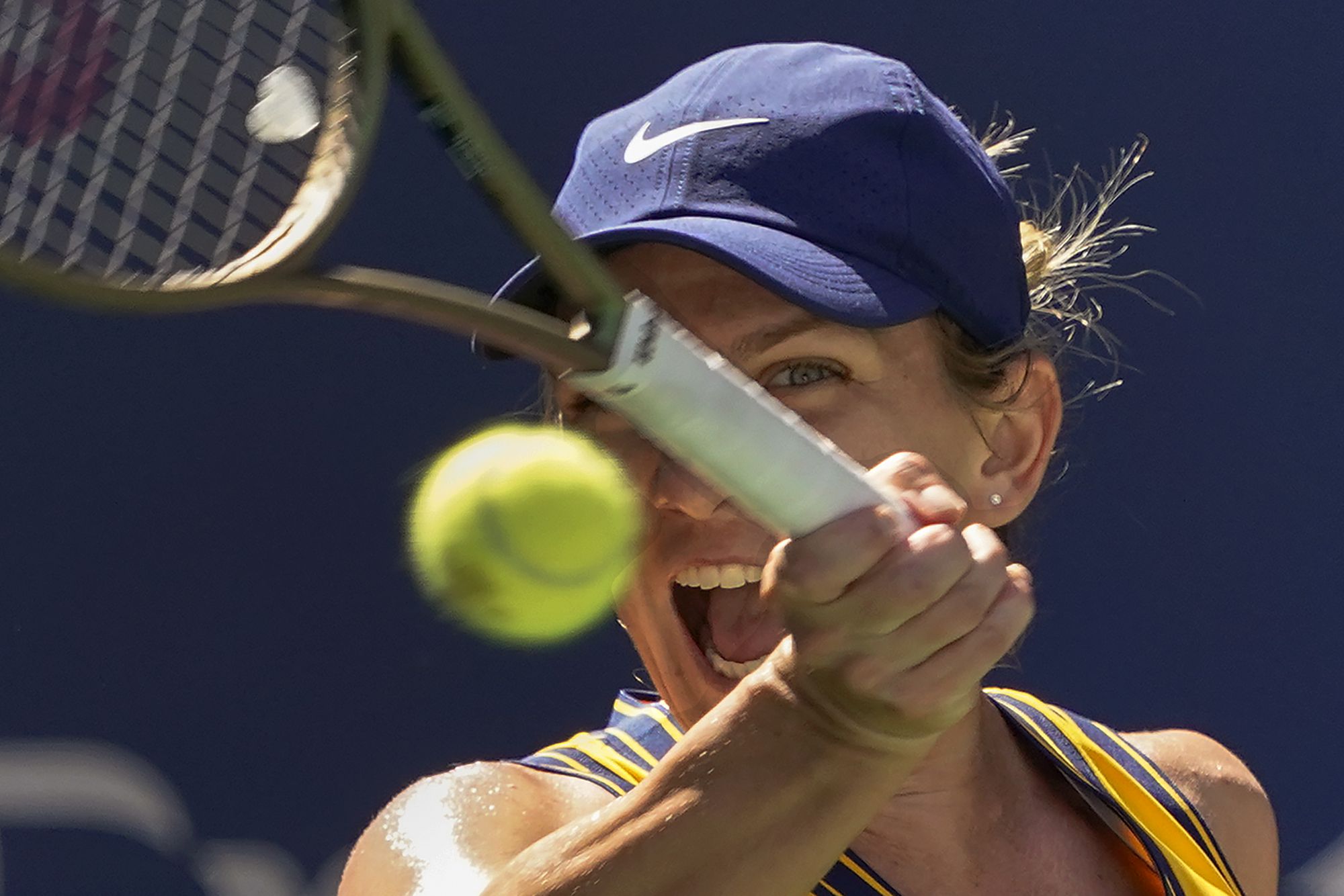 NEW YORK – The Latest on the U.S. Open tennis tournament (all times local):

Alcaraz, the teenager from Spain, used powerful groundstrokes in an entertaining match to knock off Tsitsipas. Tsitsipas can take all the long bathroom breaks he wants from home. The controversial Greek tennis player faced an unfriendly crowd again in large part because of his lengthy breaks in the bathroom.

Alcaraz easily pulled off the biggest win of his career and is in the fourth round at Flushing Meadows for the first time in his career. He was down 5-2 in the third set but kept pushing in a match that stretched past four hours.

Alcaraz thanked the crowd, absent last year because of the pandemic, for “pushing me up in the fifth set.” He became the breakout start of the U.S. Open and had fans chanting “Carlos! Carlos!” with each big winner.

Angelique Kerber won a matchup of previous U.S Open champions when she beat Sloane Stephens 5-7, 6-2, 6-3 at the U.S. Open.

The reward for the 16th-seeded Kerber? A potential date with No. 3 seed and defending champion Naomi Osaka.

Kerber, the 2016 champion, was ruthless in the third set to knock out 2017 champion Stephens.

Kerber beat Stephens for only the second time in seven career matchups. The 33-year-old Kerber won for the second straight day and laughed when she said she could use the day off on Saturday.

The 2019 runner-up at Flushing Meadows has lost only 22 games in his three matches thus far.

French Open champion Barbora Krejcikova is into the fourth round of her U.S. Open debut.

Krejcikova improved to 41-11 this season. Only top-ranked Ash Barty (42-7) has more wins in main draw matches on the women’s tour.

Garbiñe Muguruza has matched her best run at the U.S. Open by reaching the fourth round.

Muguruza has won Wimbledon and the French Open, but the No. 9 seed from Spain had reached the fourth round at Flushing Meadows just once, in 2017.

Azarenka was runner-up in New York last year for the third time. The No. 18 seed from Belarus was eliminated when she double-faulted on match point.

Simona Halep fought through a marathon first-set tiebreaker and eventually beat Elena Rybakina 7-6 (11), 4-6, 6-3 to reach the U.S. Open fourth round for the first time in five years.

The No. 12-seeded Halep needed seven set points to finally win the tiebreaker — after she was broken at love when serving for the set at 6-5.

She eventually won it when Rybakina double-faulted, then worked her way to the round of 16 for the first time since reaching the quarterfinals in 2016.

Rybakina, the No. 19 seed, was a quarterfinalist at the French Open, where she beat Serena Williams.

Naomi Osaka is expected to be back on the court for the first time since the first night of the U.S. Open when she faces Leylah Fernandez in a third-round evening match.

The defending champion received a walkover into the third round when opponent Olga Danilovic withdrew Wednesday with a viral illness unrelated to COVID-19.

Sloane Stephens and Angelique Kerber were to meet in another marquee women’s match, while Daniil Medvedev, Stefanos Tsitsipas and Andrey Rublev were all on the men’s schedule.

Chris Williams is A Head of the Table

On the Coronavirus, Loss, and My Mom’s Tacos