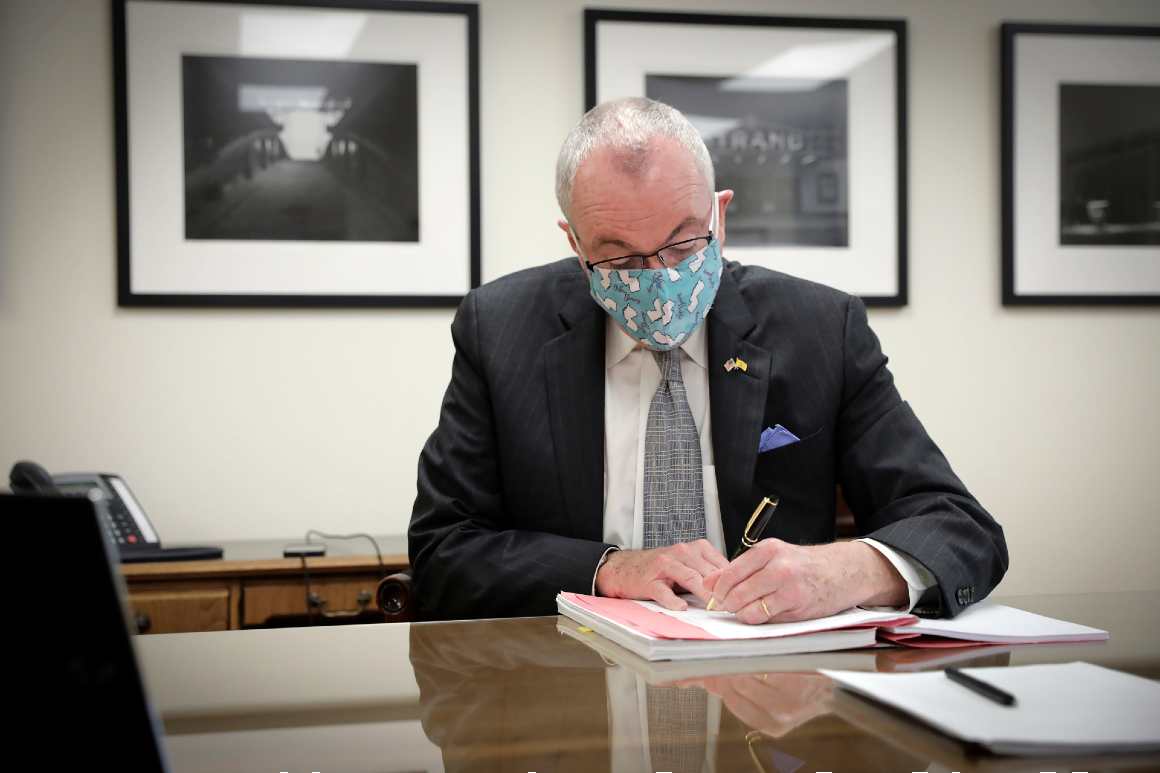 While the administration is hardly kicking up a fuss over the latest draft, which was introduced by Coughlin and Assemblymember Nicholas Chiaravalloti (D-Hudson) in the Assembly and Senate President Steve Sweeney in the upper house, lawmakers included a few changes to relax Murphy’s grip over the state as it recovers from a pandemic that has killed more than 26,000 residents.

Waivers that allowed officials to delay the release of open public records would be eliminated — though, notably, not for pandemic-related data or materials — and a controversial liability shield that was extended to health care providers, including long-term care facilities, would expire Sept. 1. After that date, protections from civil claims would only be extended to individuals who administer Covid-19 vaccines and tests.

Just as importantly, the bill also specifies that subsequent Covid-19 public health protocols issued by the governor can’t go beyond what’s been recommended by the federal Centers for Disease Control and Prevention unless there are “substantial” spikes in the number of hospitalizations and spot positivity, or if the rate of transmission exceeds 1.0. That provision appears intended to preclude a repeat of what happened after Murphy delayed lifting a mandate on indoor face coverings even after the CDC said they were no longer necessary for vaccinated Americans in most settings.

Most of the 140-odd orders Murphy has issued throughout the public health emergency would expire 30 days after the bill’s signed into law, though 14 would remain in effect through Jan. 11, 2022. Those include moratoriums on evictions and utility shutoffs, hospital reporting of health care data, clinical licensures and a suspension of typical rulemaking processes.

Murphy would still have the power to revoke or modify those orders prior to then but, if he wants to extend them, that extension will be capped at 90 days and only at the discretion of the Legislature.

While Murphy announced an agreement with the Legislature’s top Democrats to end the public health emergency last month, lawmakers from both parties blanched over provisions in a draft bill that would have maintained the status quo.

How Dr. Anthony Fauci's private comments in newly released emails stack up with what he said in public