Stocks dipped for a second day on Wednesday and rates soared to new heights as investors bet the Federal Reserve is about to aggressively tighten policy to fight inflation, and in turn slow the economy.

Investors awaited minutes from the Fed’s most-recent meeting, which are slated for release at 2 p.m. The minutes could impact investors’ outlook and offer new clues on the Fed’s plan to reduce its balance sheet. At its March meeting, the Fed hiked rates for the first time in more than three years and indicated six more increases were coming in 2022.

The minutes come as comments from Fed officials put pressure on stocks.

The 10-year Treasury yield jumped above 2.65% on Wednesday, hitting a three-year high and continuing its rapid climb this week. The rate ended Monday at 2.40%.

Philadelphia Federal Reserve President Patrick Harker said that he is “acutely concerned” about rising inflation, noting that he expects “a series of deliberate, methodical hikes as the year continues and the data evolve.”

His comments come less than a day after Fed Governor Lael Brainard indicated support for higher interest rates and said a “rapid” reduction of the central bank’s balance sheet could come as soon as May. Brainard’s remarks pushed stocks lower in the previous session.

“It is of paramount importance to get inflation down,” Brainard said during a Minneapolis Fed webinar. Brainard has been nominated to be vice chair of the Federal Open Market Committee. San Francisco Fed President Mary Daly echoed similar sentiments toward inflation on Tuesday.

“What that means for the markets are continued volatility around the uncertainty to higher rates and lower-income cash flow stocks, growth type stocks probably continuing to get discounted as rates rise,” Cliff Corso of Advisors Asset Management told CNBC’s “Worldwide Exchange.”

Tech shares fell again on Wednesday following Tuesday’s losses, as investors rotated out of the group and braced for higher rates to slow the economy. Apple, Microsoft, Amazon and Tesla contributed to the sector’s decline and the Nasdaq’s fall. Chipmakers Nvidia and Marvell Technology also continued their descent, falling 7% and 5%, respectively.

As the Fed hikes rates, investors have begun searching for stocks with stable profits and shying away from those offering future growth. That includes the utilities, health care and consumer staples sectors — which continued to climb Wednesday, with Amgen and Johnson & Johnson rising about 2%. Consumer staples such as Walmart, Coca-Cola and Procter & Gamble also inched slightly higher.

“Today and yesterday you’re really starting to see the equity market catch up with the bond market,” said Chris Zaccarelli, CIO at Independent Advisor Alliance. “And by that, I mean equities are starting price in a more aggressive Fed. You’re starting to see a bid for safety, you’re seeing that classic risk-off move.”

Traders were also bracing for the start of the corporate earnings season.

Goldman Sachs chief U.S. equity strategist David Kostin said Wednesday on CNBC’s “Squawk on the Street” that stocks with “resilient margins” are better prepared to weather the current environment. That includes names such as Alphabet and Nike — which have maintained “high and stable margins” even amid the pandemic, he said.

“Overall, the U.S. equities market maybe has 5% upside from these likes between now and the end of the year,” he said. “Should we be going into a recession it will be meaningful downside, but that’s not the base case right now.” 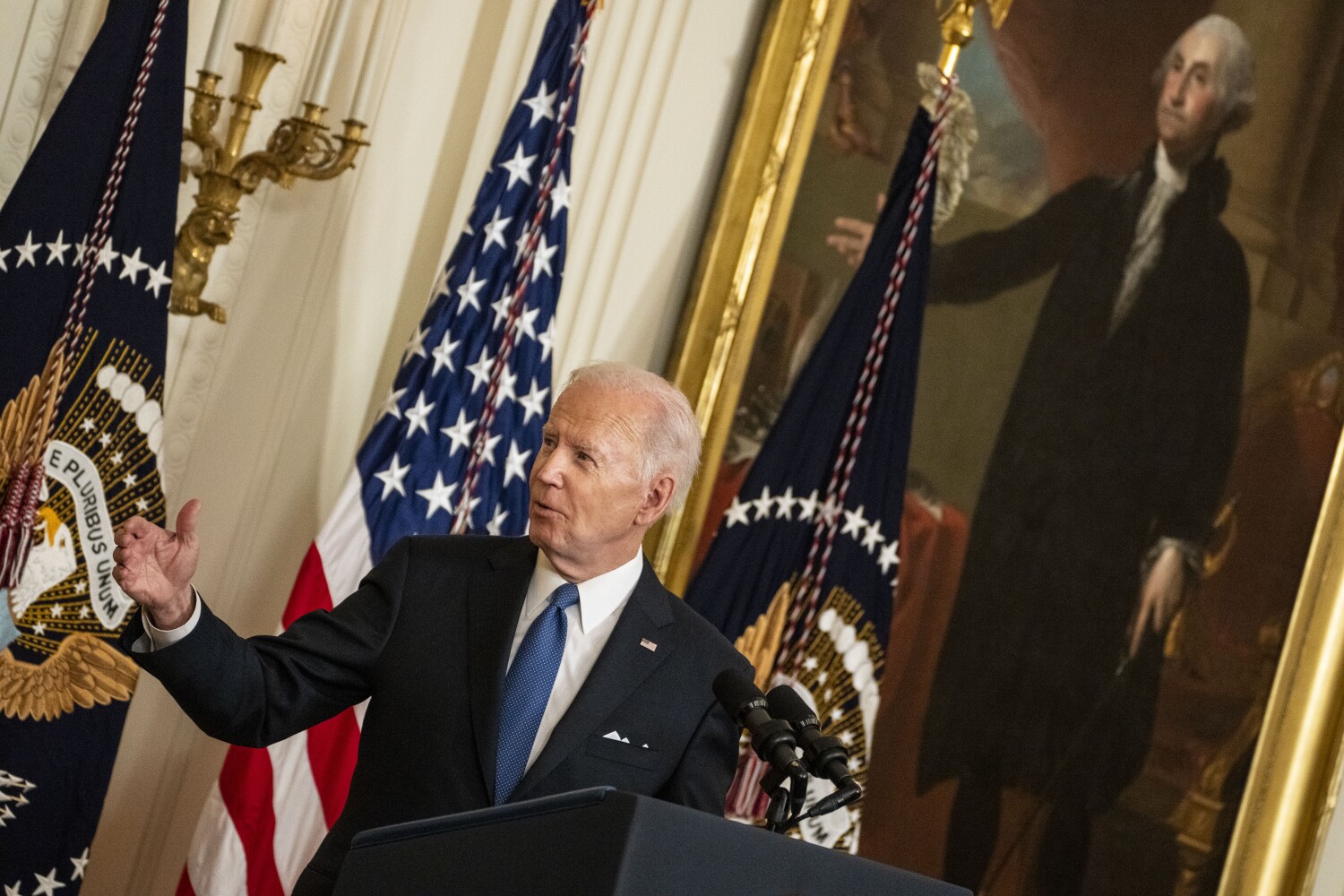 The isolation of Vladimir Putin