Sign up for The Brief, our daily newsletter that keeps readers up to speed on the most essential Texas news.

As Gov. Greg Abbott takes extraordinary measures in the name of border security, some on the right are pushing him to go one unprecedented and legally questionable step further: declare an “invasion” under the U.S. Constitution and begin using state personnel to deport migrants.

It’s an incendiary idea that would spark immediate court challenges given that immigration law enforcement is a federal responsibility. But it has been gaining steam as Texas confronts the lifting of Title 42, the pandemic health rule that immigration authorities have used to rapidly expel migrants, including asylum-seekers. A group of former Trump administration officials has been pressuring Abbott to enact the plan, as has the National Border Patrol Council, the union that represents agents and support staff of the U.S. Border Patrol. A group of state lawmakers is pressing the attorney general to weigh in on the legality of the proposal, and Abbott acknowledged Thursday he has been studying it.

Abbott has already responded to the Biden administration’s decision to rescind Title 42 by introducing a commercial vehicle inspection policy at the border that upended international trade and prompted frantic negotiations with border Mexican governors to bring the inspection to an end. It was a high-stakes gambit that dented the economy, but Abbott has been unapologetic about the fiasco, raising the question of what he could do next.

“As long as the Biden administration does not address it rightly — proper immigration controls, proper manpower and equipment — Gov. Abbott is gonna continue pushing the envelope and keep focusing on this issue to get the attention of Washington,” said state Sen. Juan “Chuy” Hinojosa, a Democrat from the Rio Grande Valley who serves on the Senate Border Security Committee.

The constitutional “invasion” idea has long simmered on the fringes of the right, but its growing prominence shows the lengths to which Republicans are willing to go to try to secure the border on their own under President Joe Biden. Under the plan, Texas would invoke Article IV, Section 4, and Article I, Section 10, of the U.S. Constitution to exercise extraordinary wartime powers and use state law enforcement— Department of Public Safety officers and state National Guard troops — to immediately turn back migrants at the border.

The Center for Renewing America, a conservative think tank led by Ken Cuccinelli, a former Homeland Security official under Trump, has been leading the charge to get Abbott to declare an invasion, criticizing his border-security efforts as inadequate so far. And Brandon Judd, the head of the National Border Patrol Council — one of Abbott’s most visible endorsers for reelection — recently said Abbott should “absolutely” declare an invasion.

Speaking with reporters after a law enforcement roundtable Thursday in San Antonio, Abbott said that the issue of a constitutional “invasion” at the border is one he has been studying since he was attorney general over eight years ago. But, he said, “​​there are some issues that we’re looking at that we’ve been provided no answer on.”

“These are people who already have papers to roam freely into the United States,” Abbott said. “As soon as we drop them off across the border, they would just come right back across the border. And so all we would be doing is creating a revolving door.”

Abbott also expressed concern that such a move could expose state law enforcement to federal prosecution. He said the former head of Border Patrol — he did not name which one — has sent a memorandum to his general counsel that acknowledges that risk. “And so no one has talked about that,” Abbott said.

Among others, skepticism runs much deeper. David J. Bier, the associate director of immigration studies at the libertarian Cato Institute, wrote last year that the push to classify illegal immigration as an invasion under the Constitution was an “overheated political analogy,” noting that the Constitution “requires the federal government to protect against an ‘invasion’—what every court that has reviewed the question has interpreted to mean an “armed hostility from another political entity.”

“An ‘invasion’ isn’t just an overstatement,” Bier wrote. “It’s a completely unserious attempt to demand extraordinary, military-​style measures to stop completely mundane actions like walking around a closed port of entry to file asylum paperwork or violating international labor market regulations in order to fill one of the 10 million job openings in this country.”

The idea of a border “invasion” under the U.S. Constitution has already taken off in Arizona, where the Republican attorney general, Mark Brnovich, issued a legal opinion in February that said the “violence and lawlessness at the border caused by transnational cartels and gangs satisfies the definition of an ‘invasion’ under the U.S. Constitution, and Arizona therefore has the power to defend itself” via its own executive branch. However, there have been no signs so far that Arizona’s governor, fellow Republican Doug Ducey, plans to go along with the opinion and use state police to remove migrants.

Ducey and Abbott have been closely allied on border security. Last year, they teamed up to ask other states to send their law enforcement officers to the border, and they are leading an American Governors Border Strike Force that was announced Tuesday. The group includes 24 other GOP governors.

State Rep. Matt Krause, R-Fort Worth, asked Attorney General Ken Paxton late last month to issue a legal opinion on the matter, asking if Texas “has the sovereign power to defend itself from invasion.” Krause said in his opinion request that he found the Arizona opinion’s “analysis and conclusions compelling.”

Krause, who is running for Tarrant County district attorney, noted in an interview that he filed the opinion request before Abbott instituted the vehicle inspection policy. Krause said he believes “everything should be on the table” with the end of Title 42.

“I’m thrilled to see the governor taking proactive action,” Krause said. “Maybe this AG opinion request allows him … to have the authority to do more.”

On Friday, the House Freedom Caucus, which Krause is a member of, sent a letter to Paxton backing up Krause’s opinion request, asking the attorney general to expedite it.

Some Texas Republicans have long used the word “invasion” to describe illegal immigration along the Texas border, drawing outrage from those who note the word was used by the shooter who killed 23 people at an El Paso Walmart and said in a manifesto that he was targeting Hispanic people.

Abbott does not regularly use that word. One day before the El Paso shooting, he sent out a campaign fundraising letter saying conservatives must defend Texas from liberals wanting to transform the state through illegal immigration. After the shooting, he said “mistakes were made” with the letter.

Land Commissioner George P. Bush, who is running against Paxton in a May primary runoff, spoke favorably of Brnovich’s opinion in a recent interview — and used it to ding Paxton. Brnovich “was the first on the ball, and Texas used to lead on these issues,” Bush said.

Bush emphasized that Brnovich argued that cartels — not migrants themselves — are leading the invasion, noting that courts have already rejected the concept of a migrant-led invasion under the Constitution.

“It’s untested legal theory on whether or not cartels are the invaders for purposes of the state establishing its own sovereignty,” Bush said. “Legally, that is an important principle.”

The growing focus on the “invasion” idea comes after a March primary that Abbott easily won, but only after weathering months of noisy criticism from his right. One of his primary challengers, Don Huffines, had been especially vocal about bypassing the federal government and using state law enforcement to deport migrants. After Brnovich issued his opinion, Huffines said Texas “can do the same.”

Huffines had also proposed shutting down all inbound commercial traffic from Mexico as a way to force Mexico to improve border security, an idea similar to Abbott’s gambit earlier this month.

Hinojosa, the Democratic state senator, had thought Abbott would announce a plan for the state to deport migrants when he called the news conference earlier this month where he instead introduced the vehicle inspection policy. Hinojosa told a local news outlet as much, and when a reporter asked Abbott about it, the governor ribbed the reporter over the quality of their sources but did not rule out such a move.

​​“Texas is evaluating every tool that we can possibly use to make sure that we are doing everything we can to secure the border,” Abbott said. “Period.”

Feds will appeal mask ruling only if mandate still needed 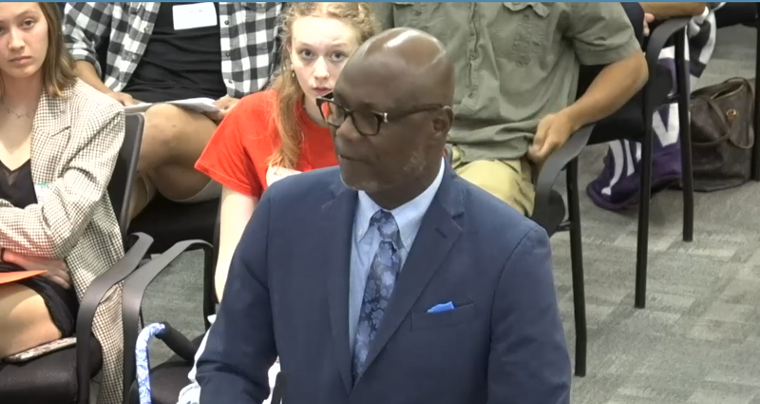 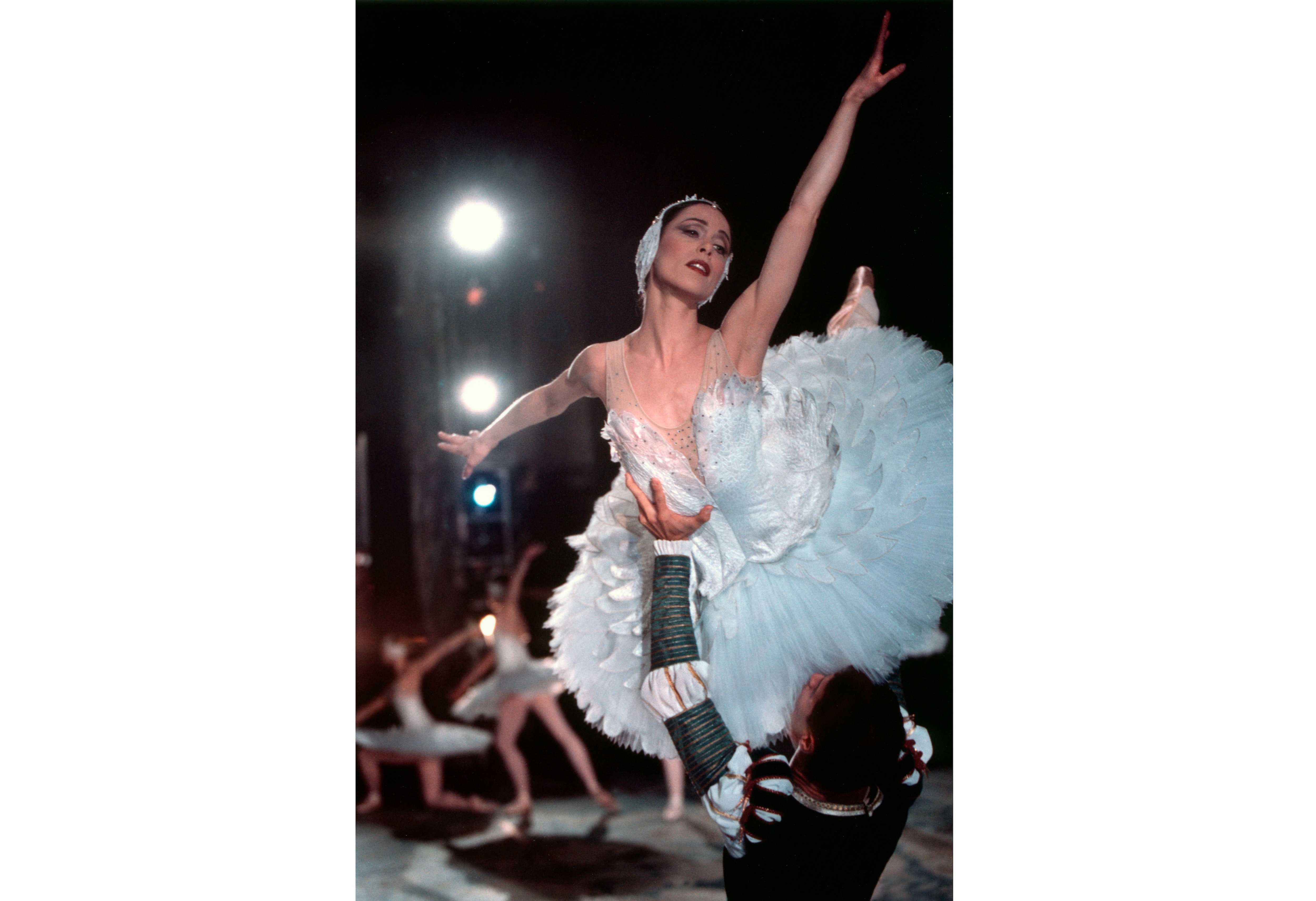 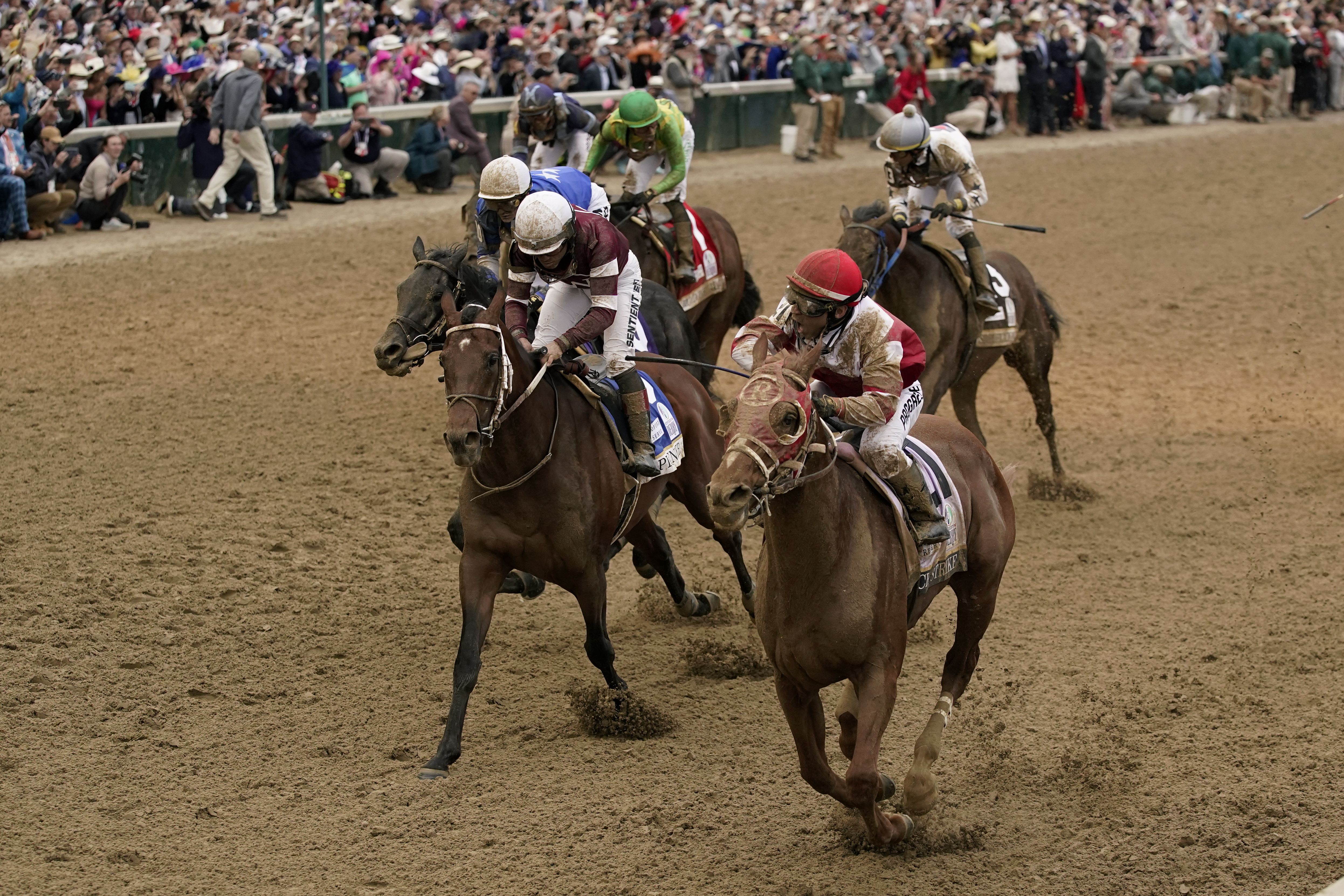