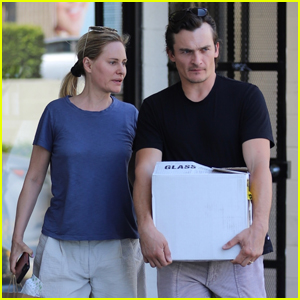 Rupert Friend is stocking up!

The 40-year-old British actor and his wife Aimee Mullins stopped by Lou Wine & Tasting to pick up a case of wine on Saturday afternoon (April 9) in Los Feliz, Calif.

PHOTOS: Check out the latest pics of Rupert Friend

For their outing, Rupert sported a black T-shirt and gray shorts while Aimee wore a blue T-shirt and linen pants.

Netflix recently released the trailer for Rupert‘s upcoming thriller series Anatomy of a Scandal. The limited series, which also stars Sienna Miller, Michelle Dockery, and Naomi Scott, will be released on Friday, April 15.

Rupert will also be starring alongside Ewan McGregor and Hayden Christensen in Disney+’s upcoming series Obi-Wan Kenobi, which premieres on May 27. Watch the trailer here!