For decades many working class Americans have called on the government to hurl more tax increases to the extremely wealthy—and based on President Biden’s new initiative, that could be a possibility very soon. Dubbed as the “billionaire tax,” President Biden recently moved to enact his 2023 fiscal plan that includes a 20% minimum tax on households worth $100 million and up.

@Newsweek reports, after revealing his budget plan for next year, President Biden has formally asked Congress to pass a new 20% minimum tax on America’s billionaires. Underneath the new financial policy, it would specifically target U.S. households that are worth $100 million and more—an amount that would bring in an estimated $360 billion over the next decade, according to a statement from the White House. The reasoning behind the tax hike of the extremely wealthy is due to the tax code’s “special treatment” for the types of income wealthy Americans receive that, “combined with sophisticated tax planning and giant loopholes, allows many of the wealthiest people in the world to end up paying a lower tax rate on their full income than many middle-class households,” the budget proposal reads.

The Biden administration said that in an effort to fix this “glaring problem,” it is asking lawmakers to enact the “billionaire tax.” Speaking about his fiscal plans regarding the wealthy, President Biden said, “Budgets are statements of values, and the budget I am releasing today sends a clear message that we value fiscal responsibility, safety and security at home and around the world, and the investments needed to continue our equitable growth and build a better America.”

Additionally, Shalanda Young, the Office of Management and Budget Director, explained to the media via press conference, that the investments included in Biden’s budget will be “fully paid for” through the proposed tax reforms on corporations and billionaires.

She continued, adding “It achieves significant deficit reduction over the next decade, and it ensures that no one earning less than $40,000 a year will pay an additional penny in new taxes.” 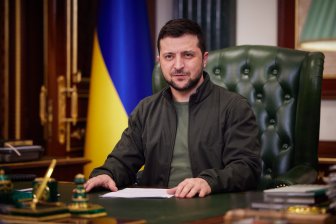