Yet, last week we had the bizarre and disturbing spectacle of Greene, in what is supposed to be a democratic republic, testifying in a proceeding to determine whether she can appear on the Georgia primary ballot or not.

The attempt to get her off the ballot, pursued by some voters in her district and a group calling itself, unironically, Free Speech for People, never should have gotten this far. But a federal judge let it proceed, even though similar efforts have been blocked in North Carolina and Arizona.

The argument is that, in encouraging Trump backers to reject and to push to reverse the outcome of the 2020 election, Greene supported an insurrection against the United States. And that this means that she should be excluded from holding office again under a provision in the 14th Amendment, a handy tool that progressive lawyers and activists have decided they can use to keep former President Donald Trump and loyalists like Greene from holding elected office without the bother of actually defeating them in elections.

The scheme is another example of how people who profess to be horrified by how Trump et al. have trampled norms are ready and willing to flagrantly violate them themselves as a shortcut to getting their way.

At issue is Section 3 of the 14th Amendment, passed and ratified in the immediate aftermath of the Civil War. The provision sought to keep former Confederates from getting restored to federal and state offices, and to keep future rebels and insurrectionists from serving, as well.

It prohibits from holding office anyone who “having previously taken an oath, as a member of Congress, or as an officer of the United States, or as a member of any State legislature, or as an executive or judicial officer of any State, to support the Constitution of the United States, shall have engaged in insurrection or rebellion against the same, or given aid or comfort to the enemies thereof.”

Let’s stipulate for the sake of argument that Jan. 6 was indeed an insurrection, although a riot is the more appropriate term in my view. Did Greene “engage” in it? No. Not even close.

She didn’t speak at the pro-Trump Stop the Steal rally ahead of the riot. She didn’t attend it. She didn’t join the march from the Ellipse to the Capitol. Nor, of course, did she break in to the building. In fact, when the rioters began their rampage, she was evacuated like all the other members of Congress.

What about aid or comfort? That’s broader language, to be sure, but it is drawn from the treason clause of the Constitution and as my National Review colleague Dan McLaughlin points out, the operative word is “enemies.” Needless to say, Greene was not giving aid and comfort to enemies of the United States from a foreign country or a breakaway confederation.

What Greene basically stands accused of by her critics is helping incite Jan. 6. Never mind that incitement isn’t mentioned in Section 3. Even if it were, Greene wouldn’t have crossed the line. She said dumb and reckless things that contributed to a poisonous political environment around Jan. 6. But she didn’t literally incite anyone, which involves urging specific acts of mayhem, with the intent to cause imminent violent lawlessness.

This would have looked like Greene taking up a bullhorn outside the Capitol and urging the most agitated and motivated protestors to attack the cops and break into the place. Or, once they’d gained entry, meeting them on the House floor and yelling to them to go and hang Mike Pence. She did no such thing and in fact, while the riot was ongoing, she tweeted calling for calm.

Citing the work of Myles Lynch in an extensive law review article, Dan McLaughlin points to a few post-Civil War cases that shed light on how the House of Representatives considered these issues.

Prior to the outbreak of the war, Lewis McKenzie issued fire-breathing statements of Southern resolve from the Virginia House of Delegates. He said “every consideration of honor and interest” demanded that Virginia secede should it come to that, and voted for the funding of military materiel. Still, the House seated him because these sentiments and votes came prior to the onset of the rebellion.

On the other hand, Congress excluded John D. Young from office. He had made various pro-Confederate statements, but also had given Confederate forces information that led to them taking Union troops prisoner — a concrete act of assistance, not just a rhetorical or metaphorical one.

Greene’s real offense was being outrageous and irresponsible, which is not prohibited under the 14th Amendment. She referred to “our 1776 moment,” and sent a misspelled and garbled text to then-White House chief of staff Mark Meadows saying that some House members were talking privately about the necessity of martial law. These idiocies should be held against her, but they aren’t grounds for preventing the voters from rendering their verdict.

If saying kooky things about elections and insisting that the other side must have cheated its way to victory is disqualifying, then Terry McAuliffe, who has a habit of believing Republican presidential victories are illegitimate, never should have been allowed on the ballot in Virginia last year.

Greene, who repeatedly professed not to recall various matters in her testimony, might not be a very credible witness. She certainly isn’t a credit to Georgia or the House of Representatives. But if her pursuers succeed in making her a martyr to a deeply undemocratic campaign of vengeance against Trumpists they will do more to undermine our system than she has. 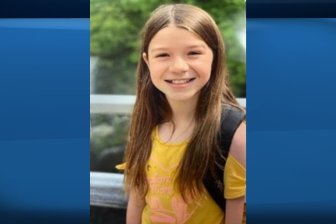