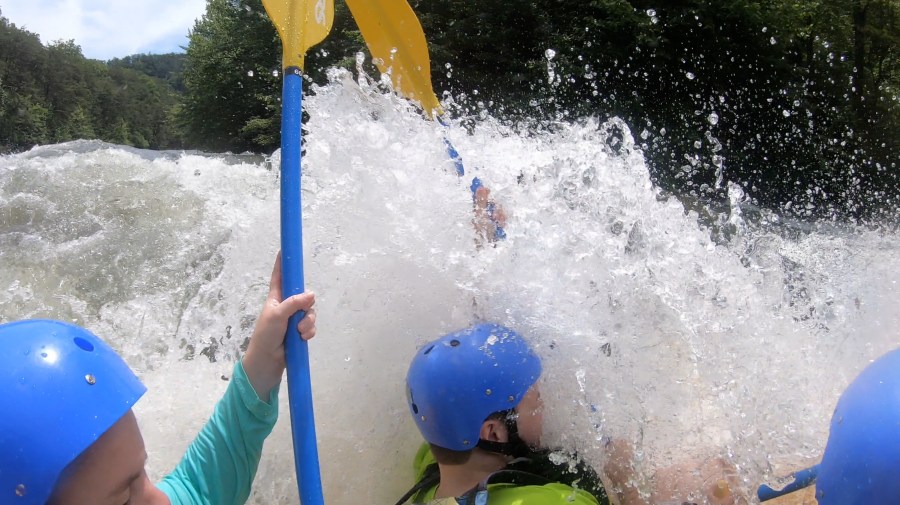 OCOEE, Tenn. – One hidden gem of Tennessee is making a splash early in the summer season.

The Ocoee River, just three hours from Huntsville, is open for business once again.

After a slow start in 2020 due to the COVID-19 pandemic, Ocoee River Outfitters Association President Ryan Cooke says things are looking up.

“This year, we’re seeing the youth groups, the school groups, the church groups coming back along with the family units,” he stated. “All the outfitters I’m in contact with are saying that reservations are significantly up – even up over 2019 which was a good year.”

The river has a huge economic impact in the region – $43 million and 600 jobs, according to the Tennessee Valley Authority.

Tennessee Governor Bill Lee said it takes an army to keep the economic engine going, including the State of Tennessee, TVA, and all the rafting companies.

While the Ocoee has been dammed since the early 1900s for electric power – initially by TVA’s predecessor companies, the Ocoee River public/private partnership has only been solidified since 2017, when then-Governor Bill Haslam established a board to promote and enhance rafting on the river.

Every year, media and organizations from across the TVA’s seven state region are invited to the river.

Huntsville-Madison County Chamber of Commerce President Jeff Gronberg said the partnerships even extend down to chambers of commmerce.

“We’ve gotten to meet people from across north Alabama actually, so Jackson County and some other areas, but there are people from Mississippi, North Carolina, Tennessee,” he said. So being able to connect with them, talk to them about some of their best practices, and also just to talk about common things that we have as we come out of the pandemic.”

Like Gronberg, many ventured out onto the river for the first time…and a few ended up swimming.

For others, rafting down the Ocoee was the time of their life.

At the end of the day, the goal for the Ocoee is to bring the region together…and have fun making a splash.

The enduring promise of Juneteenth

The enduring promise of Juneteenth

Congressmen call for the reopening of the U.S. Capitol