On a Wednesday afternoon in January, 13-year-old Shavon Johnson begins stomping her feet to a beat in the auditorium at Longfellow Middle School. As she begins to chant, 30 teenage girls join in.

This is Black Girls United, a new after-school group at Longfellow. Led by Tanisha Walton, a restorative justice counselor at Longfellow and campus pastor at the The Way Christian Center in Berkeley, and Skylynn Hayes, a fourth-year UC Berkeley student, the club cultivates empowerment and solidarity among Black girls.

Walton is starting the club at Longfellow but her dream is to expand the student group to multiple campuses and eventually establish a partnership with UC Berkeley to be able to pay college students like Hayes to serve as mentors to the girls and co-lead the clubs.

“The mission is to cultivate Black spaces for girls to exist in peaceful solidarity with one another,” said Walton, who started her own company, CollabHERation, in 2020.

“So often, Black girls are looked down upon or they’re not understood. I’m hoping that in each school, there’s a space for Black girls where they feel safe, they feel seen, that they belong.”

Held each Wednesday after school, the club meetings range from vulnerable bonding activities to playful teamwork exercises. The activities are designed to cultivate confidence, self-awareness, and the tools for getting along.

Last semester, Longfellow’s Black Girls United club set and met a group goal of having zero fights between Black girls on campus. To Walton, the decline in the number of fights shows that the work is paying off.

“We want this to be the norm. We don’t fight each other. We’ve been pitted against one another, but we know how to problem-solve,” she said. “When kids who were seen as problematic are shown love and attention, and they have a focus group just for them, they’ll thrive.”

Longfellow has multiple programs for Black and Latino students, like Umoja and Puente, but this is the first club specifically for Black girls and gender non-conforming teens.

Hayes said she coaches the girls on how to replace physical aggression with verbal assertiveness. “As a Black woman, there is nothing wrong with being aggressive, but it’s about how you be aggressive. You can learn how to express yourself in a proper manner,” she said.

For the girls, who say Walton and Hayes feel like their family, the lessons are taking root.

“It brings Black girls together. It shows us how to care for another,” said Jaliyah Stallworth, 13, adding the club helps teach them how to handle conflict.

“They make you see the good things about yourself,” said Zuri Buckley, a seventh-grader at Longfellow.

The club is also one of the girls’ only opportunities to be surrounded by Black girls at school. The result, the girls say, is that they feel understood in a way that they don’t always in class.

“When I think about BGU, it’s Black excellence,” said D’Onnah Reed, 13. “But in history, all we do is talk about slavery.”

Other girls chime in, explaining that, in their view, African American history is too often limited to the suffering of Black Americans, or if not, to figures like Martin Luther King Jr.

“It’s a space where you can be free and expressive without being called loud and ghetto,” Johnson, an eighth-grader, says of the after-school club.

The girls stand in a circle and step forward when they hear Walton read a statement they identify with. These include highly personal statements like, “I have a family member with an addiction” and “I know someone who attempted or committed suicide.”

Another week, during a meeting in March, the girls are spread out on the floor, laughing as they try to form their bodies into an imaginary vehicle or spell out numbers from an aerial view. It may seem silly, but Hayes says the girls have come a long way from the last time they did this activity. “They have learned how to listen to each other,” Hayes says.

Both women who run the group describe it as their “life’s work.”

The pair met at the church where Walton works as a pastor and bonded over youth development.

Walton has worked in Berkeley schools on and off for over 15 years. In 2006, she started a group for Black girls at Berkeley Technology Academy, the district’s alternative school.

Hayes started her own group for Black girls, called Black Diamonds, when she was a sophomore at a high school in South Central Los Angeles. She grew up surrounded by gang violence, sometimes “the collateral because of who my loved ones were.” But, despite the challenging circumstances, Hayes was a leader among her peers, helping connect friends with the tools and pushing her school administration to change its racist policies. Now, she draws on the challenges she overcame as a teenager to deliver meaningful lessons to the girls she mentors.

After a year of delaying their plans due to the pandemic, they launched their first pilot of Black Girls United at Longfellow last fall.

When asked about the possibility of expanding Black Girls United to other schools, the girls begrudgingly admit that it’s a good idea. But they’re worried about losing their beloved mentors to some other school. “I feel like it would be good, but you know, I’m a little selfish,” said Kalyse Getridge, 12. 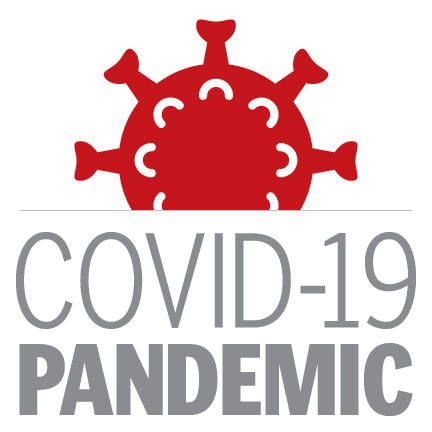