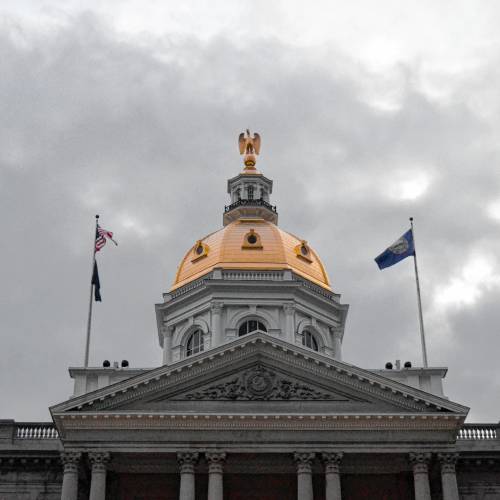 In a video chat posted on FreeKeene social media pages, Sylvia suggested pro-secession activists take advantage of the idea that “those dirty Mexicans or Guatemalans or whatever are coming across the border and bringing COVID with them.”

Sylvia noted in the video that he considered the stereotypes “a bit of nonsense,” before adding, “it’s a genuine mood out there, and if we can take advantage of it, why wouldn’t we?”

In a statement, Packard said: “Employing racial stereotypes for any purpose is wrong, shameful and will never gain Republican support.”

He continued: “Secession is not something House Republican leadership is even remotely involved with, nor do we condone racial stereotyping of any kind.”

Sylvia did not immediately respond to a request for comment. He’s represented Belmont in the New Hampshire House for five terms.

He was one of seven lawmakers who last year signed a document calling Gov. Chris Sununu a “tyrant,” declaring that New Hampshire’s government was illegitimate and that the November election was void.

These articles are being shared by partners in The Granite State News Collaborative. For more information visit collaborativenh.org.

Court hears bail arguments for driver in crash that killed 7