The EU’s partial embargo covers Russian oil brought into the bloc by sea, with an exemption carved out for imports delivered by pipeline following opposition from Hungary.

Moscow has pledged to find other importers for its oil shortly after the world’s largest trading bloc agreed to impose a partial embargo on Russian crude.

The European Union on Monday decided to ban most Russian oil imports by the end of the year as part of new measures designed to punish the Kremlin over its unprovoked invasion of Ukraine.

It covers Russian oil brought into the bloc by sea, with an exemption carved out for imports delivered by pipeline following opposition from Hungary.

The EU’s long-delayed sixth package of sanctions against Russia required approval from all 27 member states.

Responding to the measures, Mikhail Ulyanov, Russia’s permanent representative to international organizations in Vienna, said the oil ban reflects negatively on the bloc.

“As she rightly said yesterday, #Russia will find other importers,” Ulyanov said via Twitter, referring specifically to European Commission President Ursula von der Leyen. The commission is the executive body of the EU.

“Noteworthy that now she contradicts her own yesterday’s statement. Very quick change of the mindset indicates that the #EU is not in a good shape,” he added.

The EU’s von der Leyen welcomed the bloc’s agreement on oil sanctions against Russia. She said the policy would effectively cut around 90% of oil imports from Russia to the bloc by the end of the year, and soon return to the issue of the remaining 10% of pipeline oil.

Roughly 36% of the EU’s oil imports come from Russia, a country that plays an outsized role in global oil markets.

To be sure, Russia is the world’s third-largest oil producer, behind the U.S. and Saudi Arabia, and the world’s largest exporter of crude to global markets. It is also a major producer and exporter of natural gas.

Ukrainian officials have repeatedly insisted the EU impose a total embargo on Russian oil and gas, with energy-importing countries continuing to top up Putin‘s war chest on a daily basis.

Estonia’s prime minister, Kaja Kallas, on Tuesday called for the EU to go even further and discuss the prospect of a Russian gas embargo in the next round of sanctions. Austria’s chancellor, Karl Nehammer, abruptly rejected this idea, however, saying it will not be a topic for discussion in the next set of measures.

The split comes as Russia’s state-owned energy giant Gazprom fully cut off supplies to Dutch gas trader GasTerrra, and as Denmark’s Orsted warned it too was facing a halt to supplies.

‘As good as could be achieved’

European Council President Charles Michel said the compromise on oil sanctions reaffirmed the bloc’s unity in response to the Kremlin’s onslaught. It had been thought that a failure to secure any type of deal would likely have been heralded as a victory for Putin.

“I think it is as good as could be achieved,” Adi Imsirovic, senior research fellow at The Oxford Institute for Energy Studies, told CNBC’s “Squawk Box Europe” on Tuesday.

Imsirovic said the EU’s decision paves the way for the bloc, together with the U.S., to ratchet up the pressure on other energy-importing countries, such as India, to impose similar measures on Russian oil.

“Before it was impossible because it is very hard to ask India, for example, to drop their imports if Europe itself is not doing it. So, I think this is very important from the political point of view,” he said.

India has dismissed criticism of its continued purchases of Russian energy in the wake of the Kremlin’s war in Ukraine.

Asia’s third-largest economy has dismissed criticism of its continued purchases of Russian energy in the wake of the Kremlin’s war in Ukraine, saying a sudden halt to Russian oil imports would ultimately hurt its consumers.

Separately, China has been seen quietly ramping up purchases of oil from Russia at discounted prices, Reuters reported, citing shipping data and unnamed oil traders. It appears to show the world’s biggest importer of crude moving to fill the vacuum left by Western buyers severing ties with Russia over the humanitarian crisis in Ukraine.

What else was proposed?

Alongside the EU’s oil sanctions, the bloc agreed on measures to cut Russia’s largest bank, Sberbank, from the SWIFT messaging system and to ban three more state-owned broadcasters.

There is also a ban on insurance and reinsurance of Russian ships by EU companies, von der Leyen said.

“The other point I think that has not been mentioned very much, I think this package is almost certainly going to include a shipping insurance ban. I haven’t seen the details of that yet but almost certainly that will be included,” Imsirovic said.

He estimated that approximately 95% of shipping insurance for Russian oil was carried out in Europe, primarily in London. “So, that would actually not only affect the Russian exports to Europe now, it would affect Russian exports everywhere else.”

The five previous rounds of measures have included restricted access to capital markets, freezing Russia’s central bank assets, excluding Russian financial institutions from SWIFT, and banning imports of Russian coal and other commodities, among others. 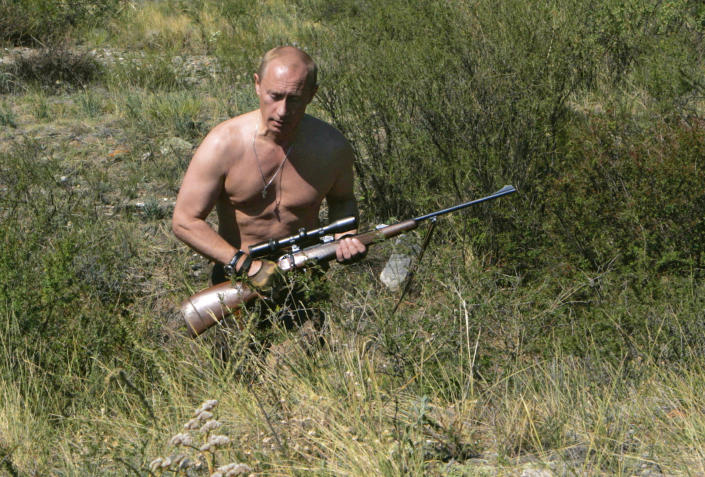