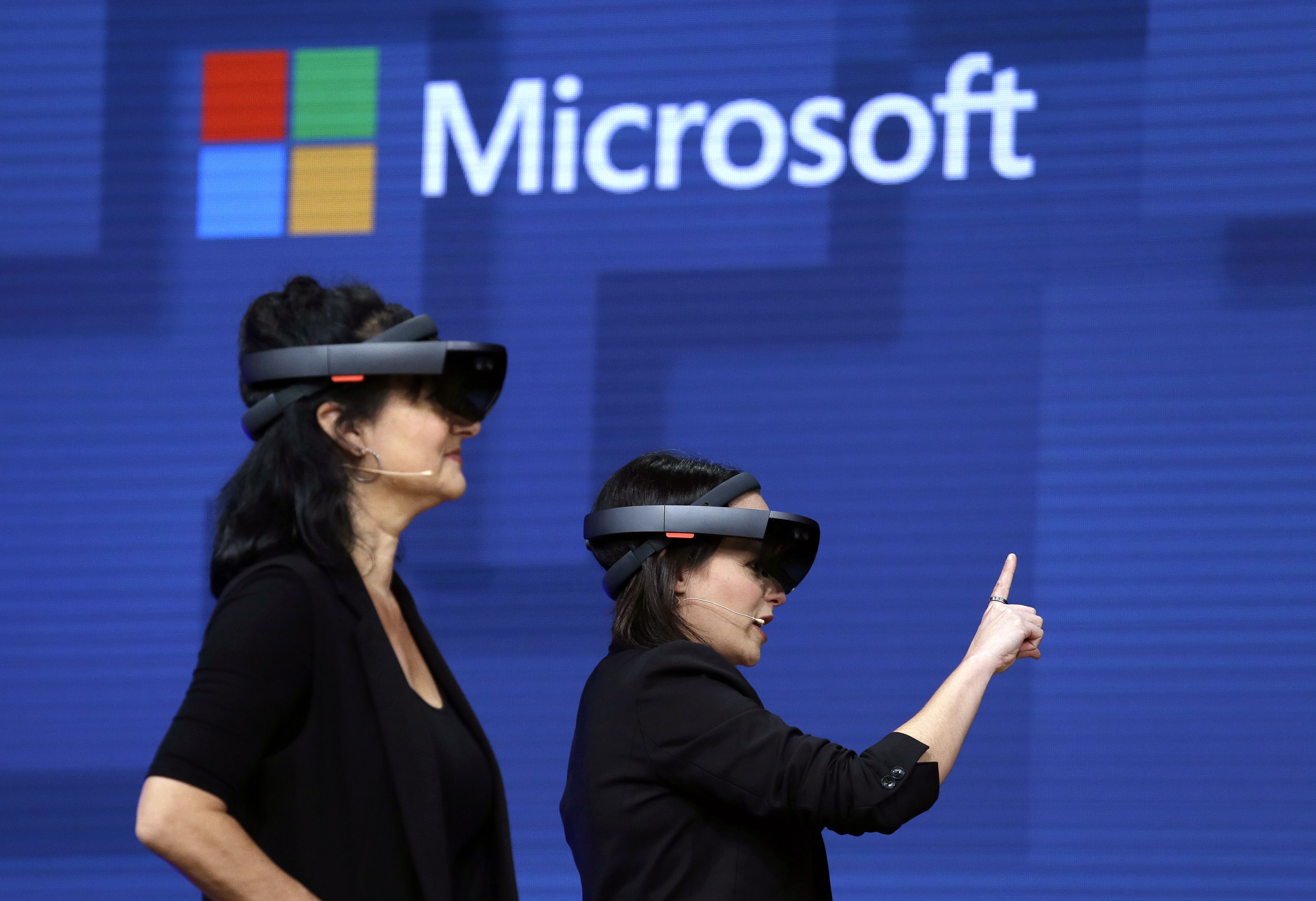 Microsoft and the Army separately announced the deal Wednesday.

The technology is based on Microsoft’s HoloLens headsets, which were originally intended for the video game and entertainment industries.

Pentagon officials have described the futuristic technology — which the Army calls its Integrated Visual Augmentation System — as a way of boosting soldiers’ awareness of their surroundings and their ability to spot targets and dangers.

Microsoft’s head-mounted HoloLens displays let people see virtual imagery superimposed over the physical world in front of them — anything from holograms in virtual game worlds to repair instructions floating over a broken gadget. Users can control what they see using hand gestures or voice commands.

The Army’s website says soldiers tested the gadgets last year at Fort Pickett in Virginia. It said the system could help troops gain an advantage “on battlefields that are increasingly urban, congested, dark and unpredictable.”

The Army first began testing Microsoft’s system with a $480 million contract in 2018 and said the headsets could be used for both training and in actual battle. The new contract will enable Microsoft to mass produce units for more than 120,000 soldiers in the Army Close Combat Force. Microsoft said the contract will amount to up to $21.88 billion over the next decade, with a five-year base agreement that can be extended for another five years.

Microsoft President Brad Smith told the Senate Armed Services Committee in February that the system could integrate thermal night vision and facial recognition to provide soldiers with “real-time analytics” on remote battlefields. He also described how it could help in planning a hostage rescue operation by creating a “digital twin” of the building.

A group of Microsoft workers in 2019 petitioned the company to cancel its initial Army deal, arguing it would turn real-world battlefields into a video game.

Microsoft is among several tech companies that have sought to wow the gaming world with glitzy new virtual reality goggles over the past decade, though the efforts have largely fizzled. Microsoft pivoted away from consumer applications for its second-generation HoloLens 2, introduced in 2019, which is the basis for the Army’s new gadgets.

Although Microsoft recently demonstrated a way to use the goggles to play the hit game Pokemon Go, it mostly pitches the devices as work tools to help surgeons, factory crews and others.

The headset deal is part of Microsoft’s broader work as a defense contractor. The Pentagon in September reaffirmed Microsoft as winner of a cloud computing contract potentially worth $10 billion, although the work has been delayed by a legal battle over rival Amazon’s claim that the bidding process was flawed.

Dr. Nandi’s top 5 COVID-19 precautions for the next six months