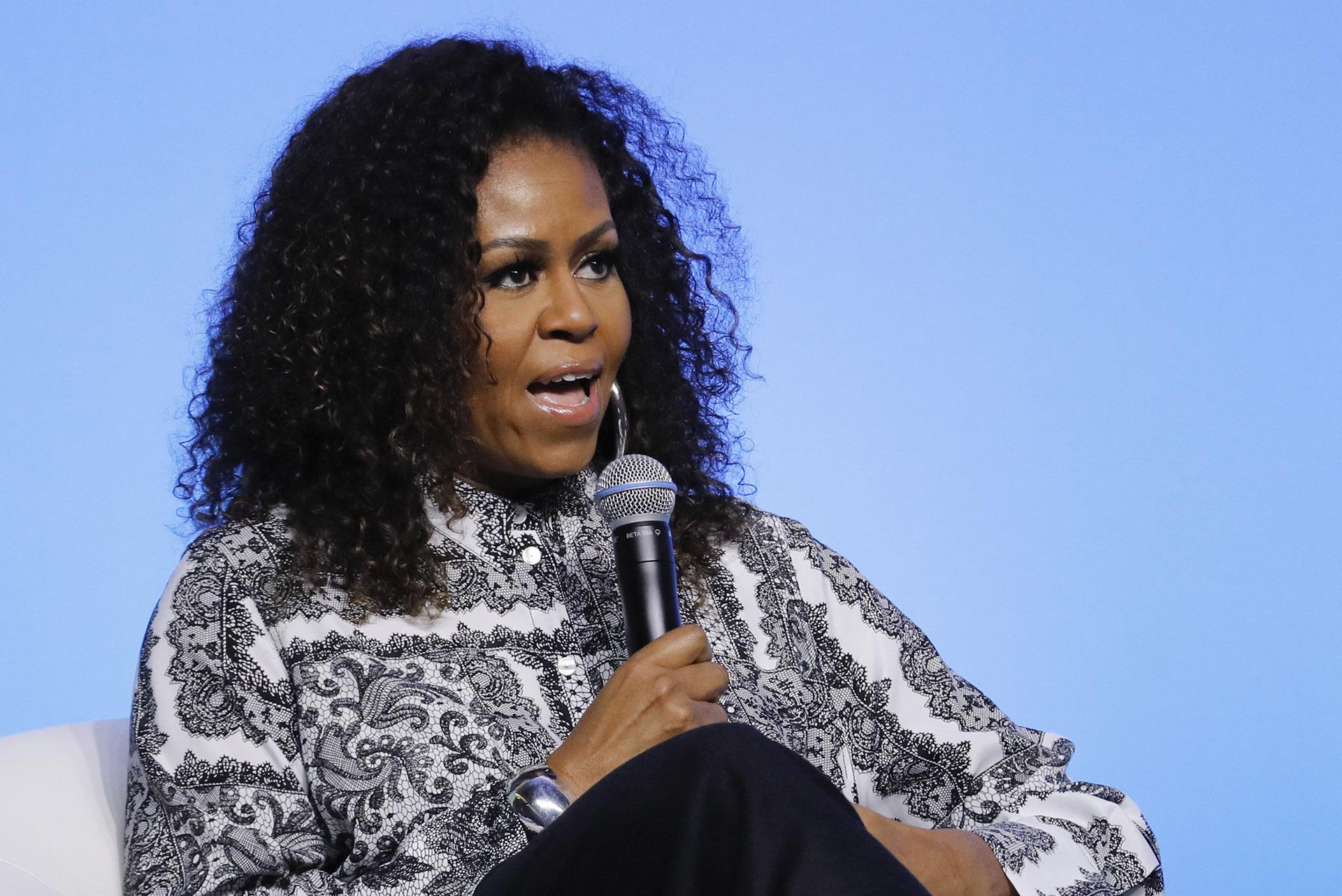 WASHINGTON (AP) — A voter initiative led by Michelle Obama announced support Monday for making it easier for people to register to vote and cast ballots during the coronavirus pandemic.

When We All Vote, a nonpartisan voting initiative, says Americans should have greater access to voting by mail, early in-person voting and online voter registration.

The announcement follows last week’s primary election in Wisconsin, where thousands of people waited hours in line — without protective gear and in defiance of orders to stay home — after the state Supreme Court overturned the governor’s order to postpone the vote as more than a dozen other states have done because of the pandemic. Thousands of other Wisconsin voters, unwilling to risk their health, stayed home.

When We All Vote’s announcement also comes amid vociferous opposition by President Donald Trump to mail-in voting.

The former first lady, a co-chair of the organization, said expanding access to vote-by-mail, online voter registration and early voting are long overdue “critical steps for this moment.”

“Americans should never have to choose between making their voices heard and keeping themselves and their families safe,” she said in a statement. “There is nothing partisan about striving to live up to the promise of our country: making the democracy we all cherish more accessible, and protecting our neighbors, friends and loved ones as they participate in this cornerstone of American life.”

Obama’s role with the group is her most high-profile effort since she left the White House in early 2017.

Trump has claimed without evidence that expanding mail-in voting will increase voter fraud. Despite his assertions, several GOP state officials are moving forward with plans for mail-in voting in their states.

There is no evidence of widespread mail voting fraud. The most prominent recent fraud case occurred in North Carolina’s 9th Congressional District in 2018, when a consultant hired by the GOP candidate was linked to an effort to tamper with absentee ballots.

When We All Vote says expanded access to vote-by-mail could be the only safe and secure option for some Americans, especially those living under state orders to stay at home during the pandemic. It wants states to offer more options to request, receive and return mail-in ballots using free or prepaid postage.

Early in-person voting will allow ballots to be cast without jeopardizing social distancing guidelines, the group said. It presents online voter registration as a safe and secure option that would continue a trend of conducting government business online.

The organization will encourage Americans to lobby for access to these options before Election Day, Nov. 3

Currently, five states — Colorado, Hawaii, Oregon, Washington and Utah — conduct all elections entirely by mail, according to the National Conference of State Legislatures. At least 21 other states have laws that allow certain smaller elections, such as school board contests, to be conducted by mail.

Forty states, including the five with all-mail elections, and the District of Columbia offer in-person early voting, according to the state legislatures’ association. Delaware has enacted early voting, but it will not be in place until 2022. Nine states do not offer in-person voting before Election Day.

Q&A with Jonathan Wright and Dawson Barrett, Authors of Punks in Peoria

Coronavirus in Illinois updates: Chicago shifting vaccination focus to local events as United Center and other sites wind down; state reports 808 new cases — the lowest number in 2 months — and 17 deaths