MEXICO CITY — A judge in Mexico issued a preliminary injunction Thursday against plans by President Andrés Manuel López Obrador to hire about 500 specialized doctors from Cuba.

According to a copy of the injunction, the government has not proved the doctors have the ability or training needed to practice in Mexico.

The plaintiffs in the case also argued that most of the doctors’ pay might go to the Cuban government, not the medical professionals themselves.

The identity of the people who filed for the injunction was not released. But several professional and medical groups have criticized the plan, which was announced by the president May 9.

The agreement with the Cuban government was negotiated “without having confirmed the quality of the doctors, and without having validated their education, as required by applicable regulations, and without proving they have knowledge of the illnesses and endemic diseases of the Mexican population,” according to the filing.

“The hiring is illegal, because it favors conditions of modern slavery and even human trafficking,” it continued.

Cuba has sent doctors to many countries. But in many places where they operate, Cuban doctors recieve only a fraction of the salaries paid by the host country, with the lion’s share going to the Cuban government.

The injunction freezes the hiring plan temporarily until a more detailed hearing on the complaint can be held within a few weeks.

López Obrador wants the Cubans to practice in underserved rural communities. But Mexican doctors said they should be hired first, before bringing in foreigners. Some have complained that Mexican doctors are ready, but that bureaucracy with medical certifications has held them up.

López Obrador has a political and sentimental attachment to Cuba, and in 2020, during the coronavirus pandemic, about 500 Cuban doctors who were not specialists were hired to work in Mexico.

Mexico does have a deficit of specialists like cardiologists and anesthesiologists, largely in poor, violent or rural areas where it is less attractive for them to live. The country has about 107 specialists per 100,000 people, well below the recommended internatonal level of 230.

López Obrador has pledged to try to hire as many Mexican specialists as are available.

Mexico’s under-funded public health sector has been plagued for decades by low pay and cumbersome hiring practices. Some specialists make as little as $1,000 a month at government hospitals, and supplement their income by working part-time at private hospitals.

Since most private hospitals are in big cities, that makes it even harder to attract specialists to isolated outlying areas. 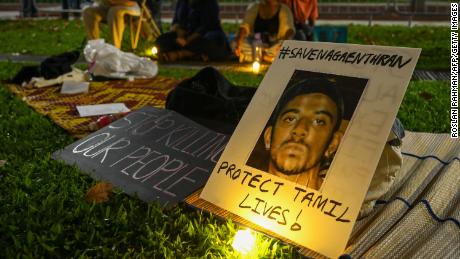 Vietnam keeps its death sentences quiet, but it’s one of the world’s biggest executioners