Total
0
Shares
0
0
0
Remember all those months Kylie Jenner hid her pregnancy from the world? Well, turns out it’s doing her some good.

As people across the world are adjusting to a life indoors, Kylie is simply sliding back into old routines. As the star points out on her Instagram Story, “My pregnancy prepared me for this. I didn’t leave the house for months.”

That’s no exaggeration. The 22-year-old literally hid herself from public view for much of her pregnancy, only emerging for the rare trip to In n Out and other low-key outings.

When she eventually revealed she’d given birth to Travis Scott‘s daughter, Stormi Webster, the new mom explained, “I’m sorry for keeping you in the dark through all the assumptions. I understand you’re used to me bringing you along on all my journeys. My pregnancy was one I chose not to do in front of the world. I knew for myself I needed to prepare for this role of a lifetime in the most positive, stress free, and healthy way I knew how. There was no gotcha moment, no big paid reveal I had planned. I knew my baby would feel every stress and every emotion so I chose to do it this way for my little life and our happiness.”

She then released a video detailing what she and little Stormi did during their months in reclusion. Among the adorable memories shared were Kylie lounging by the pool and low-key photoshoots showing off her growing belly. 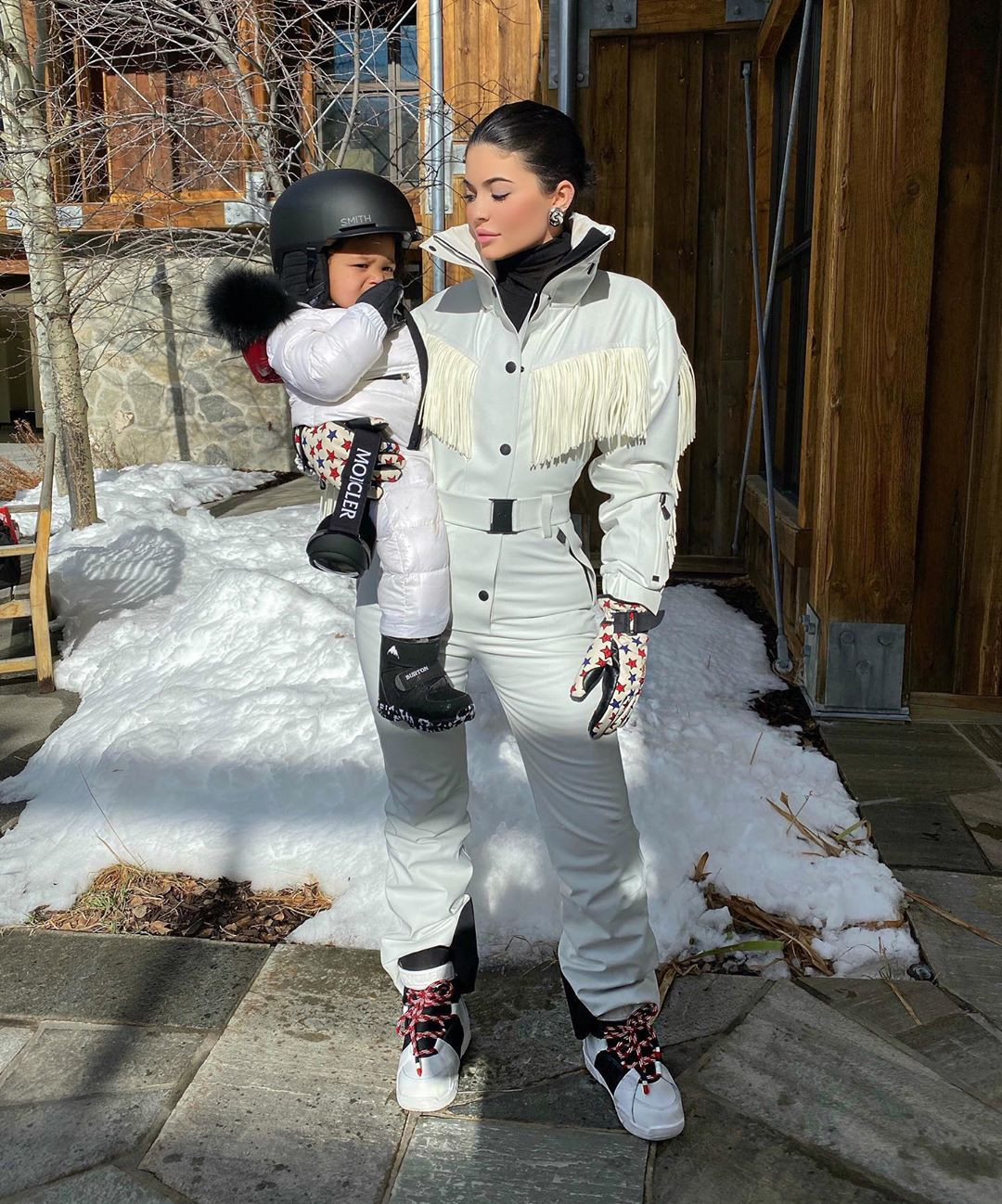 Now, that Stormi is here, however, things are a bit different. The mom and daughter are likely spending their days in social distancing watching movies like Frozen 2 and Trolls. The 2-year-old is a huge fan of the movies, as the Kylie Cosmetics guru recently revealed. “So, we’re watching Frozen 2 for the first time and she’s really into it because I just turned to tell her I love her. I said, ‘Stormi, I love you. You love me?’ and she said, ‘Shhh, mommy,'” Jenner recalled. “I was in shock. She’s never done that before.”

And when they’re not watching animated films like that, the two are probably chilling in Stormi’s two-story playhouse. Momager Kris Jennerbought the colossal home for the 2-year-old as a Christmas present, something that nearly brought Kylie to tears. Kylie said, “I used to have a house like this when I was Stormi’s age…This makes me wanna cry.”

In addition, Stormi celebrated her 2nd birthday in February, so it’s safe to say the two will be fully entertained in the coming weeks.

Shows Baby Bump As She Shops With Orlando – Hollywood Life

Fans Who Have Paid Bank To Look Like Celebs

Did Da’Vonne or Kevin Go?

Emily in Paris: Cast, trailer, plot, how to watch in Australia and everything else you need to know | Explainer

White House on 200,000 Coronavirus Deaths: Call Us When 2 Million of You Are Dead