Far from the war’s front lines, central and western Ukraine were on high alert Friday after Russian missiles rained down on the capital, Kyiv, killing at least one person and shattering a relative return to calm that had seen the United Nations chief visiting mass graves on the city’s outskirts.

In a video address overnight, President Volodymyr Zelensky said the aerial attack a day earlier near the center of Kyiv after his meeting with U.N. Secretary-General António Guterres was a sign of “Russia’s true attitude to global institutions” and would provoke “a strong response.”

“We still have to drive the occupiers out,” Zelensky said, citing recent bombings in Kyiv and Fastiv, southwest of the capital, as well as Odesa, a strategic port city on the Black Sea that has increasingly become a target of missiles, including one this week that struck a major bridge and railway link.

The shifting state of affairs in Ukraine — where Russia had telegraphed its intention to focus on the eastern Donbas region claimed by pro-Moscow separatists yet has continued to assault parts of the country’s west and center — prompted the U.S., Britain and other NATO members to add troops around Ukraine and pledge billions of additional dollars in humanitarian and military aid through the summer.

“We need to be prepared for the long term,” Jens Stoltenberg, secretary general of the North Atlantic Treaty Organization, said late Thursday after President Biden announced that he would ask Congress to approve $33 billion in new aid to Kyiv. “There is absolutely the possibility that this war will drag on and last for months and years.”

The British government said Friday that it would dispatch 8,000 troops over the summer to Eastern Europe for extended exercises to deter Russian aggression. The deployment is among the largest by the nation since the Cold War and will include training with thousands of troops from NATO and the Joint Expeditionary Force, an alliance that includes Finland and Sweden, non-NATO nations that this week were told their membership would be fast-tracked if they petitioned to join.

Britain also said Friday that it would send war crimes investigators to Ukraine after reports of rape by Russian troops, the discovery of mass graves outside Kyiv and reports of additional mass burials near the southern city of Mariupol.

“Russia has brought barbarity to Ukraine and committed vile atrocities, including against women. British expertise will help uncover the truth and hold Putin’s regime to account for its actions. Justice will be done,” said British Foreign Secretary Liz Truss.

On Friday, Indonesian President Joko Widodo said Russian President Vladimir Putin had accepted an invitation to participate in the Group of 20 summit planned for fall in Bali. Indonesia is the current chair of the G-20.

“Indonesia wants to unite the G-20,” he said in a statement. “Don’t let there be a split. Peace and stability are the keys to the recovery and development of the world economy.”

In Washington, Pentagon spokesman John Kirby grew emotional while speaking to reporters Friday about the war, in which many Ukrainian civilians have been targeted and killed by Russian forces overseen by Putin.

“It’s difficult to look at some of the images and imagine that any well-thinking, serious, mature leader would do that,” Kirby said. “I can’t talk to his psychology, but I think we can all speak to his depravity.”

As Kyiv cleaned up after missiles hit a commercial and residential neighborhood, Mayor Vitali Klitschko said on Telegram that a body had been recovered from the rubble. Radio Free Europe/Radio Liberty, a U.S.-funded news organization, said its worker Vira Hyrych was killed.

A 22-year-old former U.S. Marine was also killed alongside Ukrainian forces, his relatives told news outlets, in the first known death of an American citizen fighting in Ukraine, according to the Associated Press.

Willy Joseph Cancel was killed Monday while working for a military contracting company that sent him to Ukraine, his mother, Rebecca Cabrera, told CNN. Cancel had recently worked as a corrections officer in Tennessee and served in the Marines Corps from 2017 to 2021, joining the year he graduated from high school, the Associated Press reported.

Cabrera told news outlets her son had signed up to work with the private military contractor shortly before Russia invaded Ukraine on Feb. 24.

“He wanted to go over because he believed in what Ukraine was fighting for, and he wanted to be a part of it to contain it there so it didn’t come here, and that maybe our American soldiers wouldn’t have to be involved in it,” she said.

Cancel had a 7-month-old son.

“They haven’t found his body. They are trying, the men that were with him, but it was either grab his body or get killed,” Cabrera said. “We would love for him to come back to us.”

In Mariupol, where 600 people — military and civilians — were surrounded by Russians in a vast steel plant that is Ukraine’s last holdout in the once-thriving city, another attempt at an evacuation was announced Friday, authorities said. Several attempts to transport Ukrainians out of the Azovstal plant, including Russian offers to allow safe passage, have not materialized.

At a news conference, Mariupol Mayor Vadym Boychenko said that “if Mariupol is hell, Azovstal is worse,” and those trapped were “begging to be saved.”

Boychenko said his city had been “destroyed” but denied that it had fallen to Russia. “Mariupol is holding,” he said.

Fighting continued to rage in the east, along a 300-mile battlefront in the Donetsk and Luhansk regions, where Ukrainians and Russians have traded increasingly heavy fire for weeks as locally organized humanitarian efforts are distributing basic supplies to fleeing populations.

In Sumy, near the Russian border, officials said there were multiple rounds of shelling Friday morning but did not report deaths or injuries.

In Russia, authorities reported shelling in the border regions of Kursk and Bryansk and blamed fire from Ukraine. Kyiv did not claim responsibility for the shelling, but an advisor to Zelensky said this week that Ukraine reserved the right to hit “warehouses and bases of the killers in Russia” — an assertion that U.S. and British leaders have echoed.

West of the front lines, in Dnipro, Ukrainian fighter jets flew over farmlands Friday as workers planted zucchini and cabbage. Air-raid sirens went off regularly in the city, where buses and everyday life seemed to go on without great interruption.

Sirens also sounded overnight in Lviv, the western city near the Polish border that has become a major transit point for millions of refugees, though no explosions could be heard. In the morning, the streets were full of traffic, and people clustered at coffee kiosks.

The Lviv area, which has been mostly spared from violence but has seen a few deadly missile attacks since March, is now home to 335,000 internally displaced Ukrainians, Lviv Gov. Maksym Kozytsky said Friday on Telegram. Overall, more than 8 million Ukrainians have been displaced within the country’s borders, and over 5 million have fled abroad.

In his Telegram message, Kozytsky urged residents to stay calm. “Have a nice day everyone! Everything will be fine,” he said.

In Odesa, near the Moldova border, locals said their sense of safety had been punctured in recent days after attacks severed the Zatoka bridge, a vital road and railway connection. Officials said three missiles were shot down overnight in the area.

The attacks — along with fears of the war extending to Transnistria, a breakaway Russia-backed region sandwiched between Odesa and Moldova — left many people feeling tense, said Vladislav Davidzon, a nonresident fellow at the Atlantic Council who is originally from Odesa and lives there intermittently.

Davidzon added that the local government had scheduled a full-day curfew for Monday, the anniversary of 2014 clashes between pro-Ukraine and pro-Russia activists. Commemorative rallies are held each year.

“The city authorities are trying their best to make sure the situation doesn’t explode,” he said.

King reported from Lviv, Bulos from Odesa and Kaleem from London. Times staff writers Carolyn Cole in Dnipro and Kurtis Lee in Los Angeles contributed to this report. 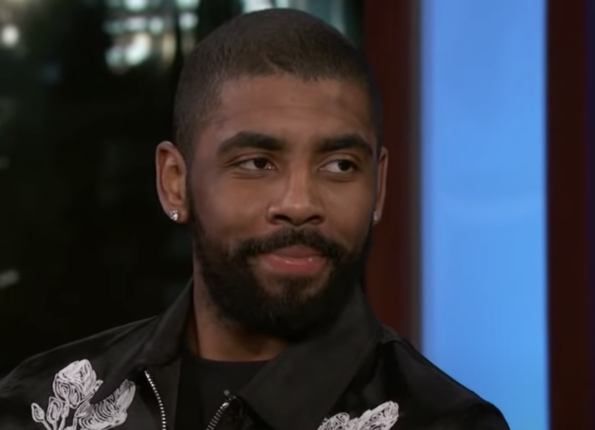