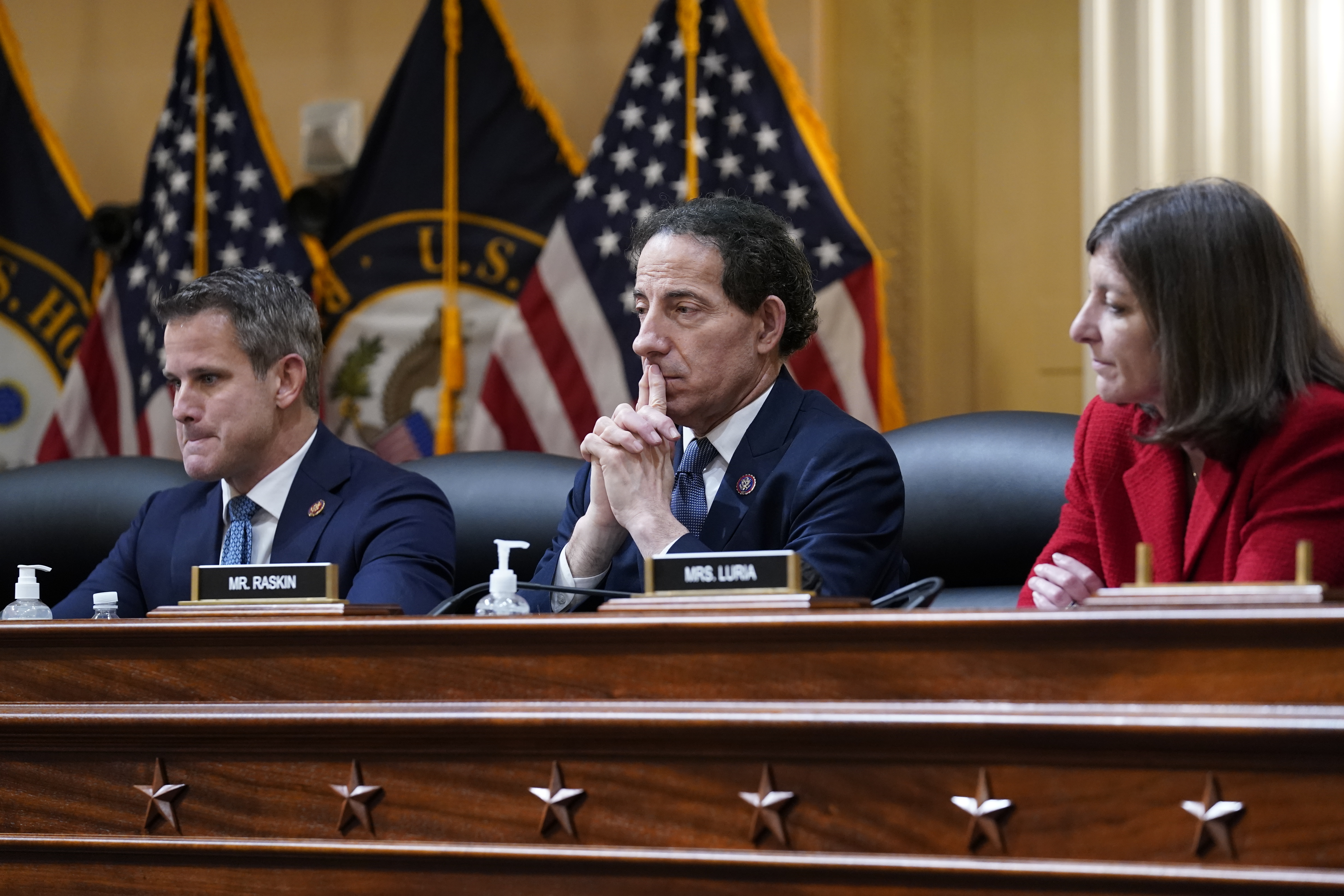 He told interviewer John Dickerson that it was essential for the nation’s future to have leaders who believe in the rule of law.

“We could pass any law in this country, but if we have people in power, whether it is in politics or law enforcement or the military, if we have any people that are unwilling to put their oath above any loyalty to a person, no law matters,” Kinzinger said.

Some Trump supporters have pinned the blame on House Speaker Nancy Pelosi for the violence at the Capitol that day, saying she should have provided for more security, but Kinzinger said it was evident that Trump didn’t lift a finger during the height of the riot to try to stop it.

“I think it’s very obvious the president didn’t do anything but gleefully watch television while this was going down,” he said. “He can say anything he wants. The real leader, the only person in charge that made those calls, was Mike Pence. We’ll prove that.”

The committee has approached the timeline of the events of Jan. 6, 2021, as essential to demonstrating who was at fault for the violence that day, as well as the misinformation about the 2020 election that led up to it.

Kinzinger said Trump had to know he was spreading lies at that point because he had to know the election was not stolen.

“He was told repeatedly by people that he trusted, that he respected,” he said.

Trump has frequently attacked what he calls “the Unselect Committee,” referring to it as a witch hunt out to destroy him. He even took the unusual step of criticizing his daughter Ivanka Trump for a portion of her testimony that was presented by the committee on Thursday.

For his part, Kinzinger said it was imperative that the American people got a look at the information the committee has uncovered.

“It is important for the American people to see this, to take ownership over this, and make a decision what kind of country we want to live in,” he said.