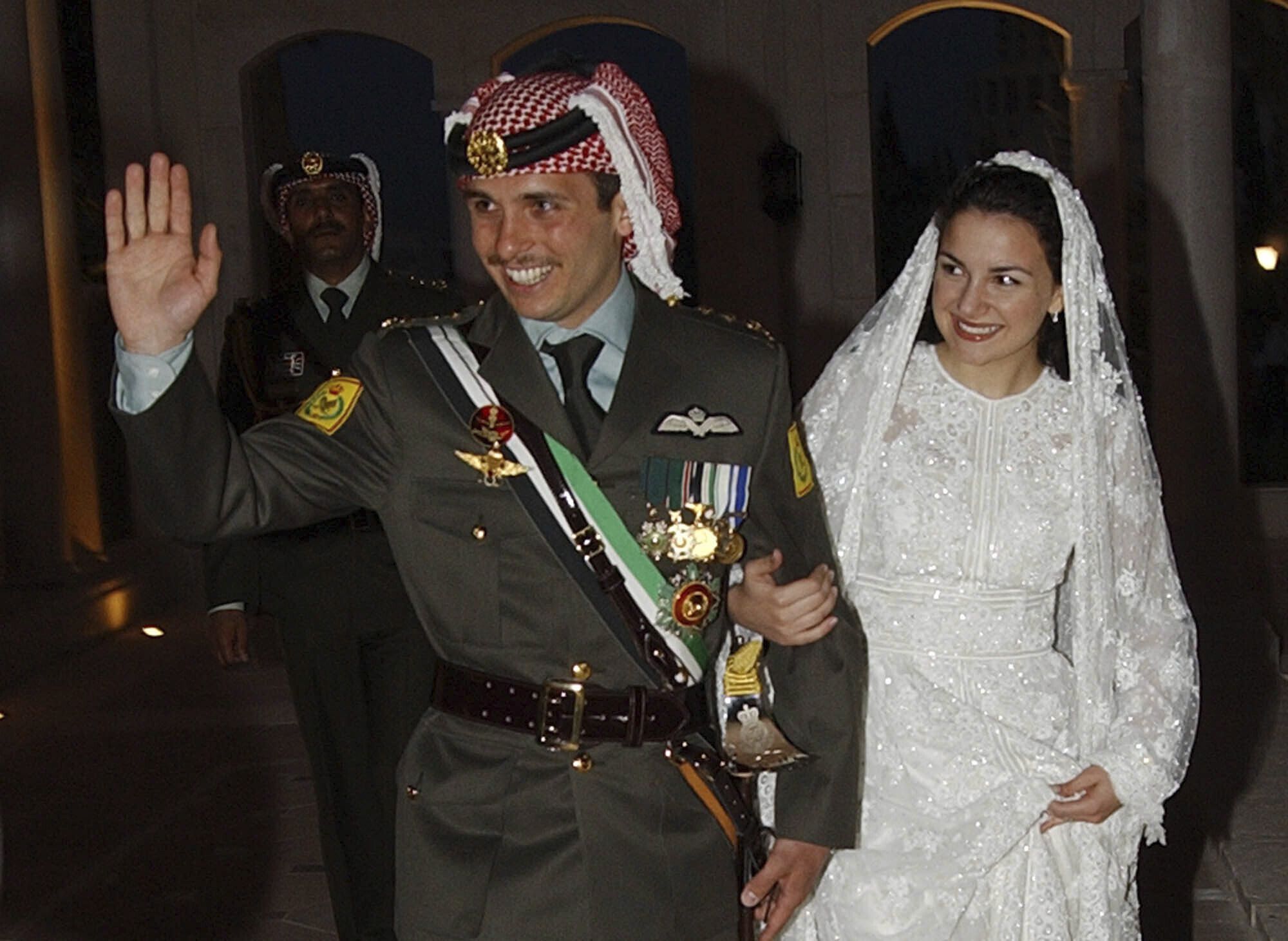 JERUSALEM – Jordanian authorities said Sunday they foiled a “malicious plot” by a former crown prince to destabilize the kingdom with foreign support, contradicting the senior royal’s claims that he was being punished for speaking out against corruption and incompetence.

Domestically, Prince Hamzah’s unprecedented criticism of the ruling class — without naming the king — could lend support to growing complaints about poor governance and human rights abuses in Jordan.

At the same time, the king’s tough reaction — placing his popular half-brother under house arrest and accusing him of serious crimes — illustrated the limits on public dissent he is willing to tolerate.

“The kingdom’s stability and security transcend everything,” said Ayman Safadi, Jordan’s foreign minister and deputy prime minister, as he accused Hamzah and two senior Jordanian officials of conspiring with foreign elements to destabilize the kingdom. “The plot is totally contained.”

Yet Safadi’s news conference Sunday did little to address questions surrounding the weekend’s dramatic evens. In the night from Saturday to Sunday, Hamzah had announced in a secretly recorded video leaked to the media that he had been placed under house arrest.

Hamzah’s mother, Noor, weighed in on Twitter, writing Sunday: “Praying that truth and justice will prevail for all the innocent victims of this wicked slander. God bless and keep them safe.”

Abdullah and Hamzah are both sons of the late King Hussein, who remains a beloved figure two decades after his death. Upon ascending to the throne in 1999, Abdullah named Hamzah as crown prince, only to revoke the title five years later. While the two are said to have generally good relations, Hamzah has at times spoken out against government policies, and more recently had forged ties with powerful tribal leaders in a move seen as a threat to the king.

In his video, Hamzah, 41, accused Jordan’s ruling class of corruption and stifling freedom of expression.

“I’m not part of any conspiracy or nefarious organization or foreign-backed group, as is always the claim here for anyone who speaks out,” he said. He said his love for the country is seen as “a crime worthy of isolation, threats and now being cut off.”

Hamzah is a popular figure in Jordan, widely seen as pious and modest. But in his televised address, Safadi painted a far different picture, accusing the prince of engaging in a secret plot that would have harmed national security had it not been foiled at the last minute.

“When they (security services) intercepted certain communications speaking about a zero hour, then it was clear that they (the alleged plotters) moved from designs and planning to action,” Safadi said. “As a result, it was necessary for the security and intelligence apparatuses to move to throttle at birth this malicious plot.”

Safadi did not provide specifics on the alleged plot or say what other countries were purported to have been involved. But he said that some 14 to 16 associates of Hamzah had been arrested, in addition to two former senior officials, Bassem Awadallah and Sharif Hassan bin Zaid, a member of the royal family. Awadallah is a former Cabinet minister and one-time head of the royal court.

Safadi said Hamzah was warned Saturday by the country’s military chief to halt his activities but rejected the request. He claimed the prince recorded the conversations, passed them to foreign sources and issued his video message “in an attempt to distort facts and to gain sympathy domestically and internationally.” He said the prince’s activities amounted to “incitement and efforts to mobilize citizens against the state.”

Safadi accused Awadallah, now a prominent businessman in the Gulf, of handling the contacts with foreigners. He also claimed an individual with links to foreign intelligence services had offered services to Hamzah’s wife on Saturday afternoon to try to get her out of the country.

The Jordanian news site Amoon identified the individual as an Israeli named Roy Shaposhnik. In a statement to the AP, Shaposhnik identified himself as a “former Israeli” businessman living in Europe, and a close friend of Hamzah’s, but denied ever being an intelligence agent. He said he offered to host Hamzah’s wife and children after hearing about the prince’s predicament. The offer, he said, was based on the “strong personal friendship” between their families.

Safadi declined to say whether the prince would be charged with a crime, saying only there were attempts to resolve the matter amicably.

Such public clashes between the highest ranks of the long-ruling family are unheard of, and any signs of instability in Jordan could raise concerns throughout the region.

The United States swiftly announced its “full support” for Abdullah. Saudi Arabia and other Gulf countries, including the United Arab Emirates, Bahrain, Qatar, Oman and Kuwait all expressed solidarity with the king.

Labib Kamhawi, a Jordanian political analyst, said the strong support for Abdullah reflected his generally good relations across the region as well as a concern that similar troubles could strike other countries.

None of the leaders in the region “would like to see havoc hitting any regime,” Kamhawi said. “It could be contagious.”

The U.S. considers Jordan a major ally, granting it access to military equipment and assistance. U.S. special forces and other troops routinely train with the Jordanians. The kingdom hosts some 3,000 American troops.

Stability in Jordan and the status of the king have long been a concern throughout the region, particularly during the Trump administration, which gave unprecedented support to Israel and sought to isolate the Palestinians, including by slashing funding for Palestinian refugees.

That placed Jordan, which serves as the custodian of Islamic holy sites in Jerusalem — and is home to a large Palestinian population — in a delicate position.

Jordan made peace with Israel in 1994. The countries maintain close security ties, but relations have otherwise been tense in recent years, largely due to differences linked to Israel’s conflict with the Palestinians.

Jordan, a country of some 10 million people, has been shaken by a series of crises in recent years, from the rise of the Islamic State group in neighboring countries to an influx of Syrian refugees and an economic crisis caused by the coronavirus pandemic.

Bessma Momani, a professor of international relations at Ontario’s Waterloo University, said the house arrest of Hamzah was “self-defeating” because it is likely to strengthen the prince’s popularity.

Nonetheless, she said it sent a powerful message to the Jordanian public. “If a prince can be stymied, no Jordanian is immune from the heavy hand of the state,” she said.

Norfolk’s Harborfest will be virtual for 2021