WILMINGTON, N.C. — A group of dedicated activists in Wilmington have been writing letters to inmates who have been incarcerated throughout the pandemic. Their goal? In addition to letting the inmates know that they’re not forgotten, they’re working toward a larger effort to abolish the cash bail system.

“There’s so many people who are incarcerated awaiting trial that can’t afford their bail, and I don’t think it’s a just system,” said Christa Johnson, a volunteer for End Cash Bail ILM. “And we want to let them know that they’re not forgotten, and that there’s people out here that want to end cash bail and reform the system as a whole.” 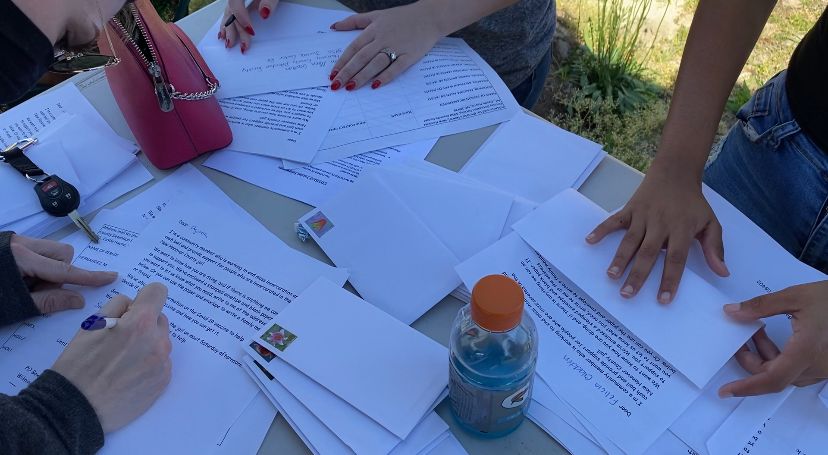 A group of volunteers writing letters to inmates at the New Hanover County Detention Center.

For Barner, it’s personal. She’s seen family members go through the same thing. It’s a story that many are all too familiar with.

“A lot of my family members go to jail and like they had nobody during that time. We couldn’t support them financially,” said Barner. “And just seeing after this last year of us protesting, realizing there’s more to be done than just being outside with signs.”

It’s a story that Daquan Peters knows as well. He’s been in and out of the system and knows how difficult it can be to pay bail.

“I’ve been to prison four times,” Peters said. “That’s something I’m not proud of, but I don’t regret none of the things that I’ve done because that’s made me the man I am today.” 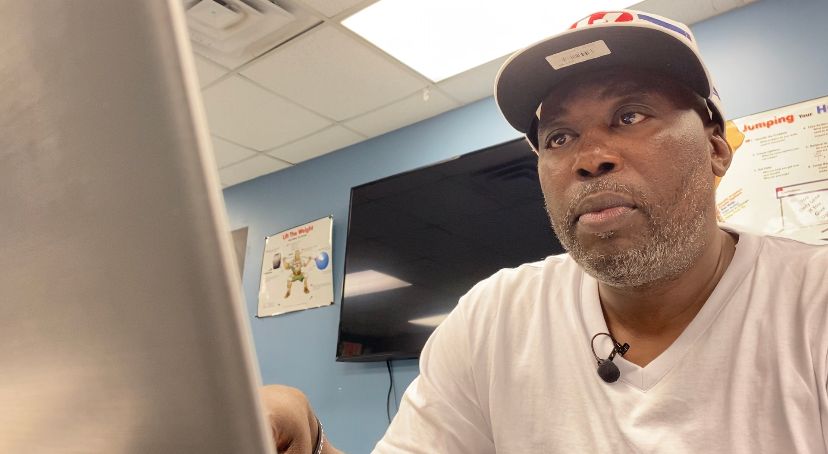 He was selling crack cocaine, something that he says was a means of survival.

“Everybody don’t get into selling drugs just because, some people are in it for survival. I was one of the ones in it for survival,” said Peters. “Crack didn’t skip my household. My mother was on crack. My father was on crack. … At a very young age, I had to step up and become a man of the house. At the age of fourteen I had to step up and do what I had to do to make sure, because I saw my mom struggling. I saw her going through a lot of things at a young age.”

Peters said that the bail system was built on structural racism, designed in a way to hurt the Black community.

“Majority of the people that commit crimes are committing crimes for different reasons, but most of them are definitely living in poverty,” Peters said. “And it disproportionately effects the Black community.”

Now that he is out of prison, Peters works hard to support others who have been in the system.

Liberate ILM meets outside of the New Hanover County Detention Center every Saturday evening to write letters of solidarity to those incarcerated in the jail.

To learn more about cash bail system, and it’s impact on the Black community you can check out this story by Spectrum News 1 reporter Garrett Bergquist.

Hugs are in; masks are (mostly) out :: WRAL.com