There is a Seattle beneath the surface that is just waiting to be discovered. It’s hidden, sometimes in plain sight, sometimes two flights up in the Market. It’s the best kept secrets, insider tips, secret menus and local favorites that make people love this city, even if you can never entirely know it.

We have invited Terumi Pong, Seattle blogger and mother of twin boys—and Scout, her Yorkie Poo, to share some of her favorite spots and insider tips with us. Tag along on her Seattle adventure and discover more at iknowaplace.org. Then be sure to share your own Seattle favorites by tagging #IKnowSeattle.

This bike path is such a scenic ride along Seattle’s waterfront and we love its newest park, the Beach at Expedia Group, where you can get some really beautiful photos of the city. We’ve biked this path to go to the Aquarium and even to Sounders games and it easily connects to Seattle Center where we hope to bike to Kraken games one day too.

The Olympic Sculpture is almost unbelievably free to visit and it’s another place that we bike to along the Elliott Bay Trail bike path. When the kids were small, we spent a lot of time at this park watching the trains and there are so many interesting art installations to wander by as well. 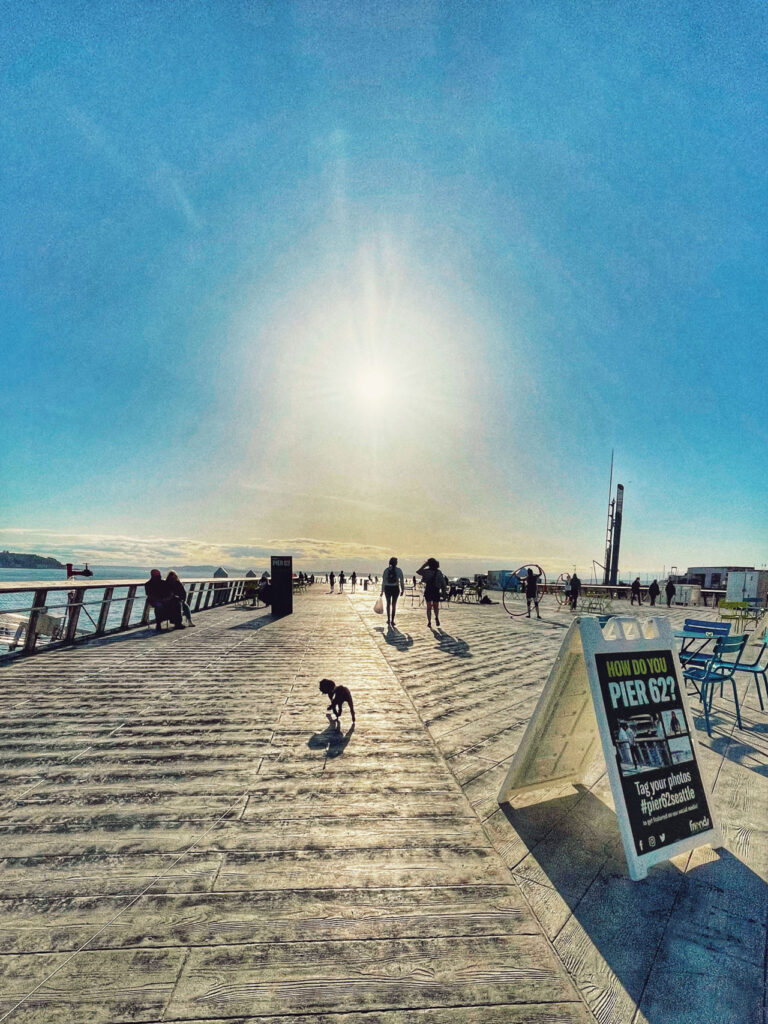 This is one of our favorite places to hang out lately-especially on Pier 62. There are often cool art displays here and there are also a lot of places to sit and look out at the water. If we’re getting takeout to bring home from one of the waterfront restaurants like Red Robin or Ivar’s we bring Scout here for a quick walk too.

We’ve been coming here with the kids for fish and chips from Anthony’s Little Chinook’s Fish Bar forever. There is easy parking and it’s fun to walk the docks and look at all the boats while we wait for our food. This might also be a good place to start or end a bike ride if you want to get to Ballard Locks or the Lake Union Trail.

I often get asked my favorite coffee shop and my favorite is usually the one I’m closest to because we have so many delicious coffee shops in Seattle. We recently enjoyed Caffe Migliore downtown and my Yorkie poo had his first Puppucinno (a no sugar whip cream treat topped with bacon) so that is definitely Scout’s new favorite. I also tell everyone to go to the Starbucks Roastery because it’s the biggest and most gorgeous coffee shop I’ve ever visited. And I also suggest Cafe Umbria, Monorail Coffee, Boon Boona, Espresso Vivace and about 100 more.

Fremont and the Sunday Market

The Fremont Troll, Theo Chocolate Factory and the giant dinosaur topiaries by the Fremont Canal are some of the places I usually take guests to our city. And if you happen to be in town on a Sunday, there is nothing like strolling the Fremont Sunday Market. We love our neighborhood farmer’s markets in Seattle and this one happens all year-round.

Staying at a Downtown Seattle Hotel

We live fairly close to downtown but there is something about staycationing right in the city that makes even a trip close to home feel like a holiday. Peering out of the windows from the Motif Hotel and seeing the ships cruise by the waterfront and watching the bustling city below is a scene that can entertain for a while. Having to take the pup for a walk is a great excuse to stroll by the dressed up windows of places like Luly Yang at night to see all the lights in the city.

I grew up in Vancouver BC and the zoo and the Fisherman’s restaurant on the waterfront were the two places we visited every time we came to Seattle. My parents had a membership when I was little so of course I have had one ever since we moved here too. And special exhibits like the dinosaurs that are here until September make every visit different.

We are also really lucky to have a lot of public murals in Seattle like a playful puppy mural we recently spotted downtown. It gives a lot of hope to see beautiful art in Seattle and it’s even better when it can be accessed by anyone who is passing by. 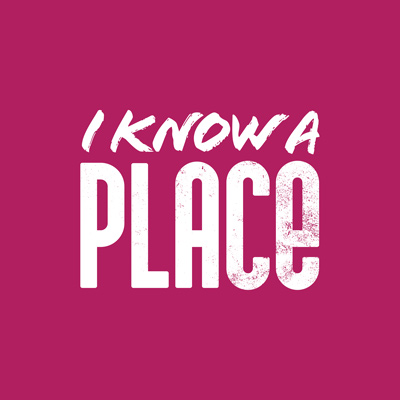 New Comic: How the Pandemic Made Me Rethink Gender

Nearly 30 percent of Republicans say they won’t get vaccinated: poll

Who Will Be the Mayor of Seattle’s Reopening? – Slog

Democrats must not remain silent as Republicans self-destruct

I Know A Place: @sydlovesfashion