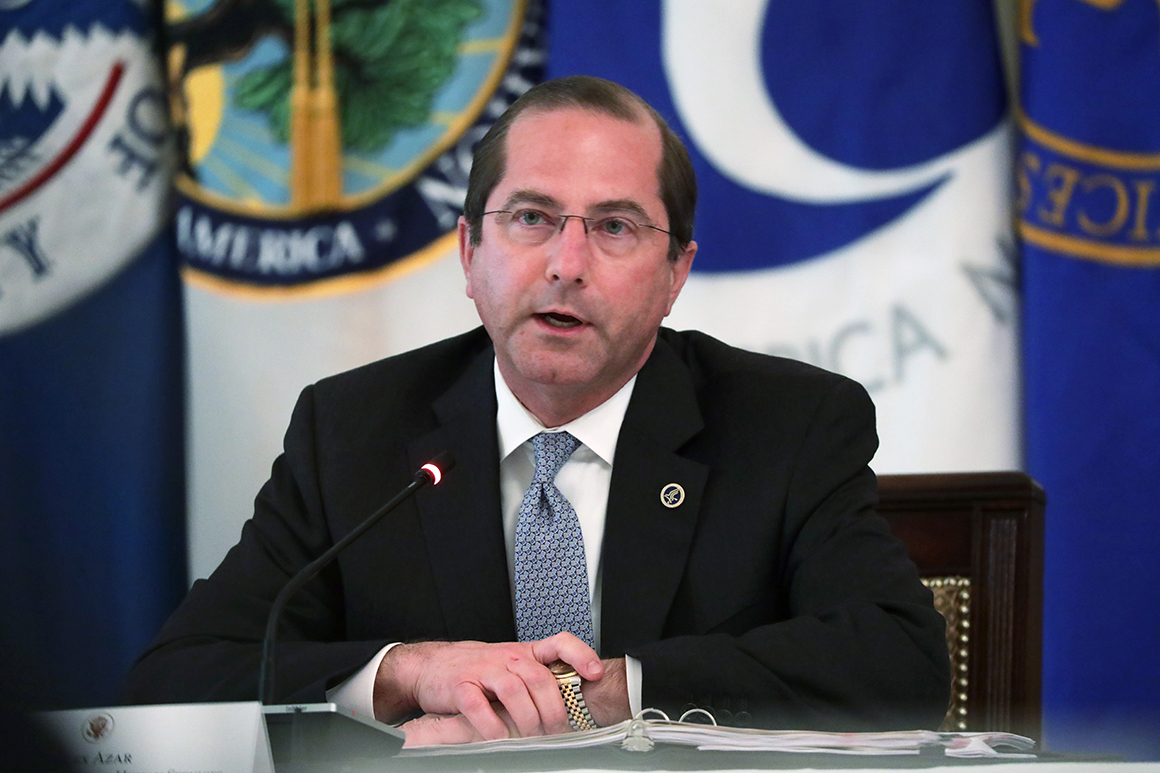 “I did not make any of these statements and Secretary Azar has never spoken to me in the manner alleged,” Disbrow said in a statement on Thursday night. “I have also never instructed any BARDA employee not to talk to Rick.”

“I am confused by these untrue statements and allegations, which distract from the important work we are doing in response to the coronavirus,” Disbrow added, saying that he and Bright spoke on Wednesday. In his complaint, Bright describes his nearly decade-long relationship with Disbrow as positive.

Bright initially alleged in April that he was being abruptly transferred to NIH for resisting efforts to make malaria drugs touted by President Donald Trump — despite scant scientific evidence — broadly available to fight the coronavirus. In congressional testimony about his ouster last month, Bright said administration officials ignored his broader warnings about the coronavirus as it emerged.

Bright’s claims were vigorously disputed by the Trump administration and precipitated a dayslong, scorched-earth battle between the health department and one of its top scientists. HHS leaders had discussed moving Bright from his role months before the outbreak, POLITICO previously reported.

According to Bright’s new complaint, his NIH role has been gradually narrowed and does not compare to the more expansive role he held as BARDA chief for more than three years.

The Office of Special Counsel, the independent federal office that probes whistleblower claims, in early May said it found “reasonable grounds to believe” that Bright was retaliated against, and it recommended his reinstatement as BARDA leader while its investigation continued. Bright’s lawyers on Thursday renewed calls for HHS to follow that recommendation.

“As we pass more than 122,000 confirmed COVID-19 deaths in America and over 2.4 million confirmed cases, it is imperative that HHS put science ahead of politics, and take appropriate action to fight this deadly virus, including returning Dr. Bright to his position as Director of BARDA,” attorneys Debra Katz and Lisa Banks said in a statement.

In his new complaint, Bright also took issue with how Trump and top officials portrayed him as a disgruntled employee with political motives. Michael Caputo, the HHS spokesperson, repeatedly discussed Bright’s salary and, in a Fox News interview, called him the “second coming of Christine Blasey Ford” following his congressional testimony.

A Doctor Answers Your Questions About Contraception In Lockdown

At Mt. Rushmore and the White House, Trump Updates ‘American Carnage’ Message for 2020

At Mt. Rushmore and the White House, Trump Updates ‘American Carnage’ Message for 2020

A Doctor Answers Your Questions About Contraception In Lockdown

Fact check: Wearing a face mask will not cause hypoxia, hypoxemia or hypercapnia