Known for raucous DJ sets as well as being the drummers for psych-rock legends The Flaming Lips, Brothers Griiin are bringing a new dimension to their sound with their first full-length record.

The digital version of Joy City will be released May 2 with vinyl and cassette copies available May 13.

Three singles from the record are already available through Spotify, Bandcamp and Apple Music. Accompanying videos are also available on YouTube.

“It’s the name of the game anymore,” Nicholas Ley said. “To get people excited and give them enough time to be able to preorder vinyl and things like that, we kind of have to play a bit of a Spotify game, releasing every four to six weeks and kind of tricking the algorithm. But other than the boring story of, you know, this is what everybody has to do to kind of be successful anymore, we’re really kind of learning about our audience, which is fun because we’ve had an audience with the Lips, and we’ve got an audience as DJs and this is our first audience with recorded original music. So really doing it slow like this allows us to kind of build up and talk with people and connect over what we’ve been working our asses off for the last two or three years.”

Much of the material from the record was put together during a lull in touring and DJ gigs due to the pandemic.

“It gave us some time to do things that we’d really been wanting to do for a long time but we hadn’t had time to because we were too busy with the Lips and stuff like that,” Matt Duckworth Kirksey said. We kind of always talked about making a record of our music just because we wanted to get a band together and we wanted to play some shows and move past just doing the DJ stuff. And all of a sudden, we had a bunch of time on your hands. And we were able to connect with a bunch of friends all around the globe to help us work on it because they were also sitting in their house on their computer.”

To coincide with the record release, Brothers Griiin have teamed up with Vanessa House Beer Co. to craft the Joy City Pilsner, also to be released May 13 at a listening party for the record followed by a DJ set and Brothers Griiin playing some live material from it.

The collaboration wasn’t as simple as slapping a label (to be crafted by Vanessa House mainstay designer Juan “Tocayo” Marante) on some cans. Brothers Griiin spent an April day learning the ins and outs of the brewing process, dumping in hops and clearing out spent barley in the brewery.

Moving into the summer, Brothers Griiin hope to take the full band onto the road.

“We’re going to put the live band together, which is going to be our buddy Tommy [McKenzie] that we played with in the Lips and our buddy Taylor Johnson, who produced half the record and our friend Mitch [Bell], who plays with Zhu and a bunch of people. So we’re gonna get a break to summer, put the band together, start rehearsing, and hopefully do some Brothers Griiin tours as we get into the end of the summer and into the fall,” Kirksey said. 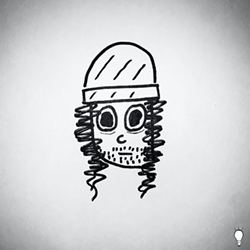 How difficult is OKC to pick your life up in? : okc