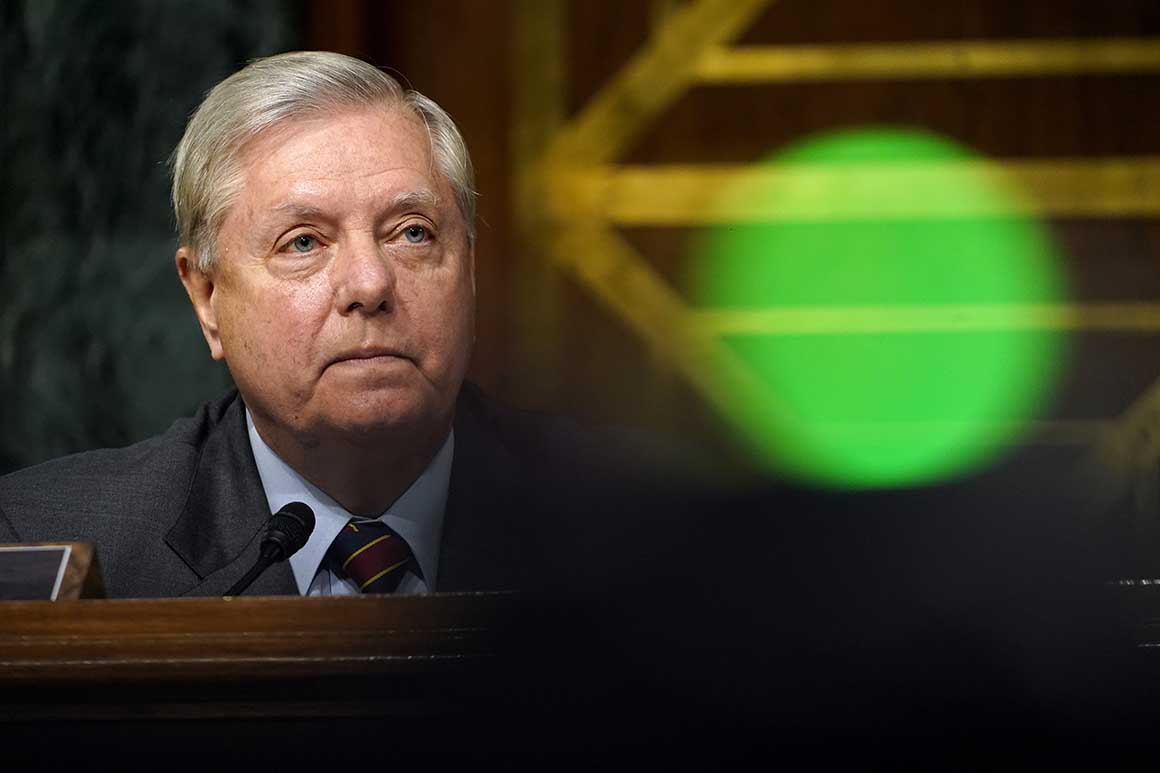 Democrats will control the chamber when Raphael Warnock and Jon Ossoff of Georgia and Alex Padilla of California are sworn in as senators. The Senate will then be divided 50-50, empowering Vice President-elect Kamala Harris to deliver tiebreaking votes.

Graham argued that the political leaders who were complicit in the Jan. 6 attack on the Capitol “will be held accountable.” Trump for months falsely claimed the presidential election was stolen from him because of widespread voter fraud, and scores of congressional Republicans supported the president’s baseless claims, as well as his attempts to overturn the results of the 2020 election by agreeing to challenge Congress’ certification of the results.

That’s when a mob of the president’s supporters stormed the Capitol in a clash in which at least five people died, and which prompted security concerns across Capitol Hill and Washington and led to the second impeachment of Trump, a first in American history.

Graham said that Vice President Mike Pence “stood in the breach against unconstitutional calls for him to overturn the 2020 election and violate his oath to defend the Constitution,” and that Senate Majority Leader Mitch McConnell (R-Ky.) “likewise rejected those same calls.”

“Virtually all of us rejected further challenges to the 2020 election,” he said of the Senate Republican Caucus, though eight of his GOP colleagues in the chamber supported at least one objection to certification.

“But now, in your first act as majority leader, rather than begin the national healing that the country so desperately yearns for, you seek vengeance and political retaliation instead,” Graham continued in his letter to Schumer. “While the vice president and Senate Republicans rejected unconstitutional actions, you seek to force upon the Senate, what would itself be but one more unconstitutional action in this disgraceful saga— the impeachment trial of a former president.”

Schumer’s office did not immediately respond to a request for comment on the letter.

Graham’s argument is that the Constitution makes clear that Congress’ impeachment power is to protect the nation against harm from an incumbent president, “not to vindicate political grievances after a president has left office.”

Rep. Joaquin Castro (D-Texas), one of the House impeachment managers who will argue the case for conviction in the Senate trial, acknowledged earlier Sunday that one reason for impeaching Trump so close to a new president’s inauguration was to prevent him from seeking federal office again.

Graham also appealed to his Republican colleagues on Sunday, telling Fox News host Maria Bartiromo that embracing “an unconstitutional impeachment” of Trump after he leaves office “will destroy the party.” And he challenged Biden in the same interview to put an end to his party’s pursuit of conviction.

In his letter to Schumer, Graham warned the Democratic leader that “proceeding with the spectacle of the impeachment of a former president is as unwise as it is unconstitutional.”

“Where does it all end?” he asked, questioning whether former President Barack Obama should have been impeached and disqualified from seeking future office over his handling of the terrorist attack against Americans in Benghazi, Libya, in 2012, when Republicans had control of the House and Senate.

“The Senate’s attempt to disqualify a president from future office who is no longer in office would be an unconstitutional act of political vengeance, not a righteous constitutional act to protect the nation by removal of an incumbent president,” he wrote. “Such a gratuitous, meaningless effort by the Senate of the United States is neither worthy of our great institution, nor a service to the nation and the American people. It will incite further division. The Trump presidency is over in three days.”

Coronavirus: Celebrities who have received the COVID-19 vaccine

For an Iraqi doctor, vaccination is bittersweet. It didn’t come in time for her father.