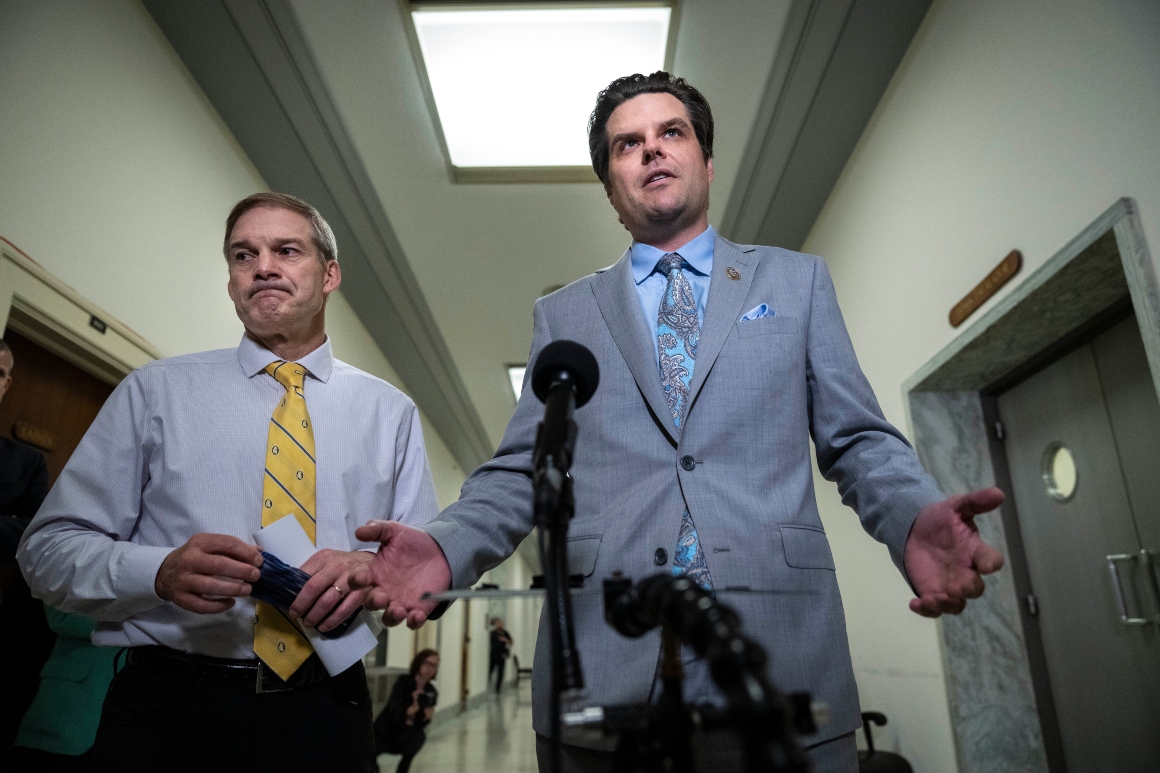 The new evidence underscores the expansive cast of elected Republicans who had ultimately enlisted themselves in Trump’s last-ditch effort to cling to power. Members traded theories about ways to push then-Vice President Mike Pence to single-handedly stop Biden’s election, they parried with the White House Counsel’s Office on the boundaries of the law regarding presidential electors, and they met directly with Pence’s staff to encourage him to take direct action on Jan. 6, when Congress convened to count electoral votes.

The disclosure came as part of a Friday evening court filing by the select panel asking a federal court to throw out Meadows’ lawsuit against the committee. In the filing, the select committee revealed that Meadows turned over 2,319 text messages during a brief period of cooperation but withheld more than 1,000, citing various privileges.

“[H]e was not acting as anything like a typical White House Chief of Staff advising the President on official matters of government policy,” House General Counsel Doug Letter wrote. “Mr. Meadows was playing a campaign role, attempting to facilitate a strategy that would have reversed the certified results of the 2020 election.”

The committee indicated that Meadows told Jordan in a text message that he supported efforts to convince Pence to send the election back to the states.

“I have pushed for this. Not sure it is going to happen,” Meadows texted Jordan early in the morning on Jan. 6.

Some of the GOP lawmakers were present in December meetings, Hutchinson recalled, when members of the White House Counsel’s Office raised significant legal doubts about a plan for pro-Trump activists to submit “alternate” electors in states won by Joe Biden.

Others attended a Dec. 21 meeting where Rudy Giuliani, then the president’s personal lawyer, and some associates advocated a plan for Pence to unilaterally refuse to count Biden’s electors and instead send the election back to various GOP-controlled state legislatures to replace Biden’s electors with Trump’s.

The panel also released text messages between Perry and Meadows about replacing Justice Department leadership before Jan. 6 with officials thought to be more sympathetic to Trump’s claims of voter fraud.

“Mark, just checking in as time continues to count down. 11 days to 1/6 and 25 days to inauguration,” Perry texted the then-White House chief of staff on Dec. 26, 2020, asking him to get in touch with Justice Department official Jeffrey Clark. “We gotta get going!”

“I got it. I think I understand. Let me work on the deputy position,” Meadows responded.

Perry rejected a request from the select panel to testify.

The panel also revealed that it interviewed Steven Engel, the former head of the Justice Department’s Office of Legal Counsel. Engel indicated that Clark proposed on Jan. 3, 2021, having DOJ issue a legal advisory opinion regarding “the Vice President with respect to his authority when it comes to opening the votes as the President of the Senate on January 6th.”

“And I shot down that idea,” Engel recalled. “But I said — I said: ‘That’s an absurd idea. The — you know, the Vice President is acting as the President of the Senate. It is not the role of the Department of Justice to provide legislative officials with legal advice on the scope of their duties.” And — you know, and — not to mention it was 3 days from the date. OLC doesn’t tend to provide the legal opinions, you know, in those cases, you know, in that short timeframe.”

The committee also homed in on Meadows’ role as an unofficial campaign adviser, noting that he routinely straddled the line between his official White House work and his effort to keep Trump in office. Hundreds of documents Meadows claimed were privileged included contacts he had with Trump campaign lawyers, the committee said, citing a privilege log from Meadows himself. 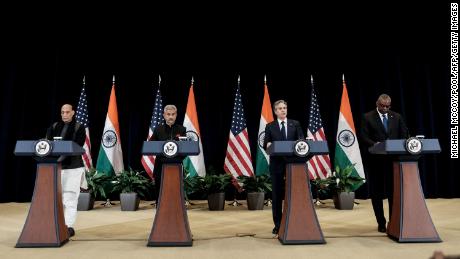 Ukraine war: how India can buy Russian oil, and still be friends with the US