Goldsboro, N.C. — Arnold Thornton survived a heart attack, a stroke and glaucoma, but he didn’t think he would endure the coronavirus to see his 72nd birthday.

A week before Easter, he went to the emergency department in his hometown of Greensboro. His symptoms included a high fever, cold sweats and extreme dizziness. The next day, he learned he tested positive for COVID-19.

Physicians directed him to take Tylenol and Motrin and quarantine at home.

“Being that I heard so many people dying, I began to quote from scripture to myself,” he said in an interview on FaceTime. “To live is Christ and to die is gain, knowing that God is in control.”

Isolated in a bedroom, he continued to have a fever and loss of appetite for several days.

“At times we had to give him water in a spoon or straw,” his wife, Janice, said.

Thornton is a retired textile worker who has ministered to jail and prison inmates since the 1970s. His son, Terrance, says his father gave up drugs and surrendered his life to Christ when he was a young man. He married Janice in 1975 and raised three sons, including David Thornton, a retired NFL player for the Indianapolis Colts and Tennessee Titans. 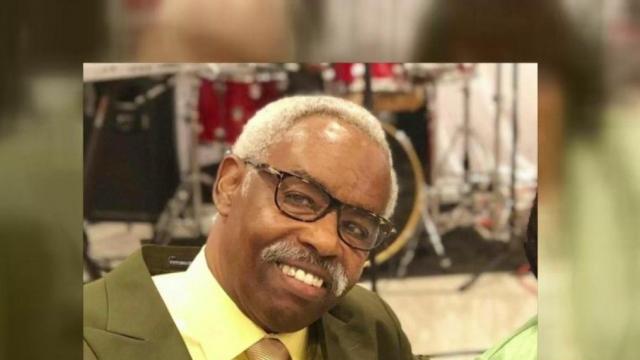 “My father is a man of God and spiritually inclined,” Terrance said. “I saw my father so weak during this that he couldn’t even pray.”

But he and his mother went into his room every day, wearing masks and gloves and praying over him.

“My mom said he was feeling so bad that he actually began to tell her to prepare things for him moving on,” Terrance said, referring to his father’s belief that he was near death.

Thornton’s wife was by no means ready to let go.

“He kept wanting me to do that, but I refused,” she said. “We wanted him to live. We kept laying hands on him and praying and believing in God.”

By Easter Sunday, he showed encouraging signs that the illness was in retreat.

“He even asked my mom for some chicken, some fried chicken,” Terrance said. “That’s one of his favorite foods. So me and my mom made sure he got that fried chicken.”

Two days later, on April 14, he turned 72. That was also the day his symptoms had faded and doctors told him he no longer needed to be in isolation.

“He actually got over and beat COVID-19,” Terrance said. “The vaccine is none other than the almighty father in heaven.”

Thornton still has an occasional mild fever and some weakness, but he said he’s feeling stronger every day. “I’m feeling rather great since our lord and savior is Jesus Christ,” he said “I’m doing excellent.”