Over the course of four studio albums, Florence Welch has carved out a lane within the pop music landscape as the most spiritual artist making secular music today, a gospel singer for millennials who attend brunch on Sunday morning instead of a church service. Her massive vocals and melodramatic lyrics are often spoken about on the internet as a source of healing, renewal, and self-care. As much as her indie-pop counterpart Lorde is positioned as a quasi-religious figure to the online generation, even her most potent, honest lyrics pale in comparison to the emotional immediacy of hearing Welch wail on a track.

Likewise, the 35-year-old English singer and her band, formally known as Florence and the Machine, have covered a lot of emotional, spiritual, and metaphysical terrain since their flashy arrival in 2009 with the blockbuster album Lungs. They’ve released songs about heartache, death, cosmology, eating disorders, and, of course, water. But the band’s most celebrated and replayed hits, “Dog Days Are Over” and “Shake It Out”—early anthems that find Welch overcoming her personal demons and/or encouraging the listener to do so—defined what fans have come to anticipate from the chamber pop act, both lyrically and sonically.

It’s a half-serious, half-funny expectation that has admittedly made me squirm as a longtime Florence and the Machine fan. There’s something frustrating about watching people on Twitter constantly reduce Welch’s vocal complexity and poeticism solely to how she makes them feel as opposed to what the singer is actually doing in her work—though it’s true that great songwriting inspires strong emotional reactions. Welch’s intense connection with her audience has probably even worked in her favor, as she’s managed to sustain hype around her music for over a decade now. But it can also dissuade listeners from critical engagement and, therefore, an artist’s growth, something I would argue has contributed to her peer Adele’s stagnant journey as a musician thus far.

After listening to Dance Fever, Welch’s fifth album, which arrived on Friday, I thought maybe this isn’t such a bad thing, or at least not as limiting to her craft as I imagined. When she dropped High As Hope in 2018, her vocal execution and typically catchy melodies—with the exception of tracks like “June,” “Hunger,” and “No Choir”—were not as immediately impactful, though it marked an interesting confessional shift in her largely metaphorical lyrics. While that album has grown on me since then, it still feels relatively phoned-in compared to her previous record, How Big, How Blue, How Beautiful. But with Dance Fever currently out in the world, you can see how that record operates as a necessary bridge rather than a destination in her career.

On Dance Fever, Welch, along with producers Jack Antonoff, Glass Animals’ Dave Bayley, and Kid Harpoon, successfully marries the more literal observations and memories she explored on High As Hope with the compelling sounds and composition on Lungs. The singer, who speaks openly about her former dependence on alcohol, credits her new sobriety with a sense of clarity and specificity throughout this latest album. It’s a topic she sings about in blunt terms on the track “Back In Town,” which opens with the lyrics, “Never really been alive before/I always lived in my head/And sometimes it was easier hungover and half-dead.”

Despite how jubilant the title sounds (inspired by Welch’s fascination with the medieval tradition of dancing oneself to death), Dance Fever finds the singer primarily confronting but not necessarily overcoming her anxieties and conflicting desires, as she navigates her thirties and grapples, like all singers nowadays, with making art in a pandemic. “Cassandra,” in particular, captures the earth-shattering loneliness and despair at the start of quarantine when what we thought would be three months inside our homes turned out to be much longer.

The fact that Welch doesn’t paint herself as this one-dimensional, triumphant figure because of her new sobriety makes for a more interesting album overall. Even the uptempo, Antonoff-assisted “Free” is primarily devoted to the experience of being chronically panicky (“It picks me up/puts me down/It chews me up/spits me out”). On the confident “King,” the first single Welch released from this album, she debates whether her desires for marriage and motherhood are worth the toll it would take on her art. And on “Girl Against God,” she winces at the burden of being loved too much by someone, presumably a child, as she candidly discussed in a recent Vogue interview.

It’s clear that Welch’s former insobriety still haunts her to some extent, but she sings about it so beautifully that it makes you wonder if she still finds bits of that rockstar lifestyle romantic in retrospect—like on “Morning Elvis,” which features an on-the-nose but gorgeous-sounding pedal steel guitar as she describes a lonely, hungover state. She expresses the same “it was fun while it lasted” attitude on the lyrically unsubtle penultimate song “The Bomb,” detailing the exciting destructiveness of a romance. The violence of the lyrics on top of the soft piano and acoustic strumming, reminiscent of a mid-2000s Feist song, makes for a fun contrast.

Despite how masterful certain individual songs are, Dance Fever could benefit from more thoughtful curation. For instance, “Morning Elvis,” although one of the best songs, feels like an odd way to cap off the album. The tracklist doesn’t set out to tell a linear story, but rather illustrates different vignettes from Welch’s somewhat tortured psyche, with a couple of concise interludes thrown in. But there’s a notable difference between the composition of the first six tracks, which were co-written and produced by Antonoff—minus the spellbinding “Dream Girl Evil”—and the rest of the album, where Bayley takes the reins.

Ultimately, I walked away appreciating Antonoff’s contributions more. The ubiquity of the Bleachers frontman in female pop has become exhausting to a certain crowd. And I was admittedly skeptical when I found out he was involved in Dance Fever, as if he’s tracking down every white, female musician with a notable presence on Tumblr until he racks up a hundred Grammys. But his chemistry with Welch is immediately palpable on a song like “Choreomania,” particularly on the bridge, which feels like an appropriate slight to the sexist rock purists and pop naysayers they’ve both encountered. “You said rock ‘n’ roll is dead,” Welch sings. “But is that because it has not been resurrected in your image? Like if Jesus came back in a beautiful dress and all the evangelicals were like, ‘oh, yes.’”

“Free,” the best-performing single so far, is ultimately the finest convergence of her and Antonoff’s talents, given their affinity for orchestral flourishes, big, emotional choruses, and a kick drum. Listening to Welch’s first-ever single “Kiss With A Fist,” it feels like an inevitability that this collaboration would happen.

Overall, Dance Fever feels like the most on-brand venture for Florence and the Machine and Welch as a known personality. As a fellow Virgo, I can confirm that all of her stereotypical astrological traits—the sensitivity, the anxiousness, the stubbornness, the personal dissatisfaction—are proudly on display, and I’ve never felt more exposed and affirmed listening to one of her albums. But there’s still clearly an evolution and some polishing happening rather than Welch simply giving her faithful listeners the most obvious, cartoonish version of herself. The album is not as quickly satisfying as the vocal-first, more radio-friendly tracks on her first three records, but it proves to be the better route. 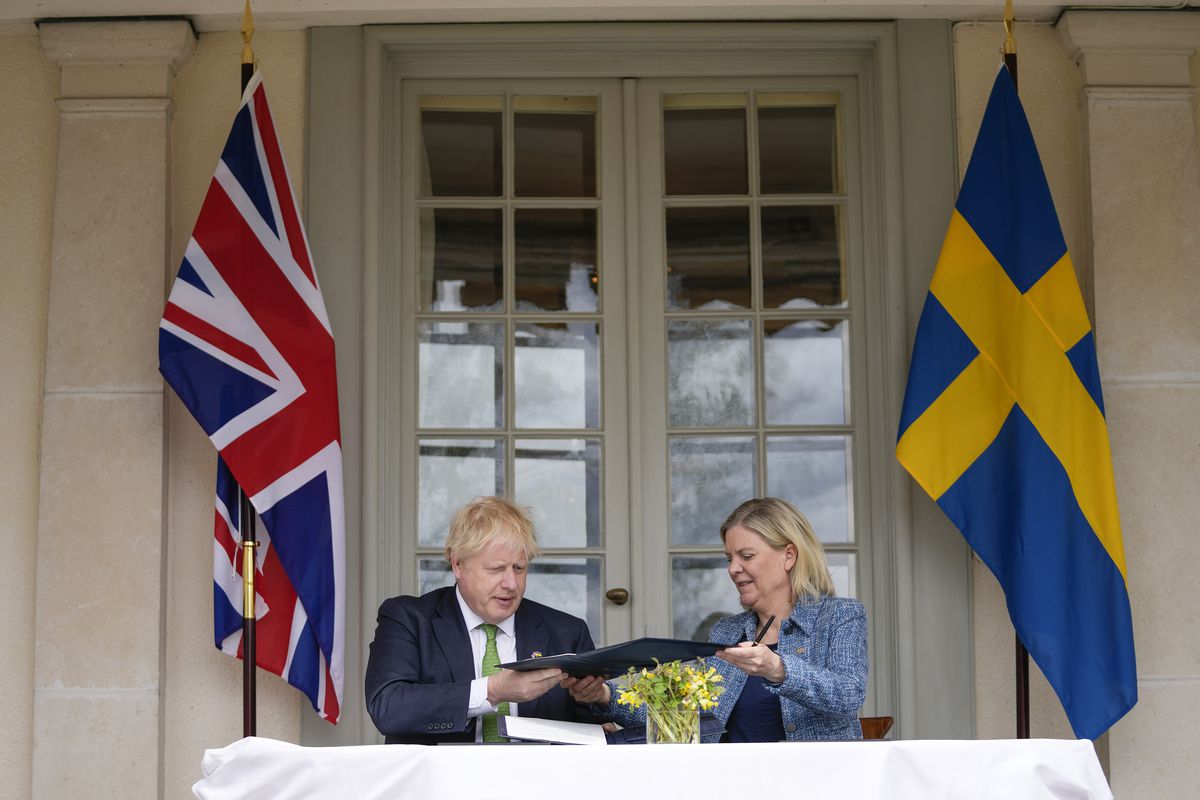 Finland and Sweden are on the verge of joining NATO