Advisers to the Food and Drug Administration on Wednesday endorsed COVID-19 vaccines for use in kids ages 6 months to 4 years, meaning the youngest Americans should be eligible for the shots by next week.

“It’s a matter of choice,” said Dr. Wayne Marasco, an adviser and professor of medicine at Harvard Medical School.

The highly anticipated decision, which carries weight with regulators, set the table for the FDA to authorize the shots for emergency use in the coming days. The shots met the agency’s criteria for safety and most side effects were fevers, irritability or fatigue.

Vaccines have been authorized against COVID-19 since December 2020, but it has been a long wait for parents who wanted to pivot to normal routines yet fear their kids will be infected and develop severe disease. Pfizer shots have been available to children ages 5 and up for months, but younger kids remain ineligible.

Other parents might be leery of the shots and figure COVID-19 does not impact young children as severely.

The Centers for Disease Control and Prevention will meet this weekend to discuss who should get the shots, paving the way for a final sign-off on the rollout from CDC Director Rochelle Walensky.

The White House has said it doesn’t want to get ahead of federal agencies but believes shots will reach kids by Tuesday.

The administration will dispatch millions of doses to states upon authorization, though uptake could be slow after the most eager families rush to their pediatricians in the first days.

Only a third of children ages 5 to 11 — the youngest group now eligible — have received the Pfizer shots that are available to this age group. The administration said uptake among families tends to rise gradually.

Pfizer proposed a three-dose regimen for children ages 6 months to 4 years that uses one-tenth of the adult dose. It released data in May that showed a preliminary efficacy of 80% after the third dose, though it was based on a small sample of symptomatic cases in the trial. A final analysis is pending.

Moderna has proposed a two-dose regimen for children ages 6 months to 5 years that uses one-fourth of the adult dose. It released data in late April that said the shots were 37% to 51% effective against symptomatic infection — a low level that is still on par with what adults would expect against the omicron variant after two doses.

It is studying the impact of a third dose in children, though the mismatch in data and dosing could confuse parents trying to choose a vaccine.

Paul Offit, an adviser and a pediatrics professor at the University of Pennsylvania, said two doses from the Pfizer shots didn’t do much, so parents should realize their kids might not be sufficiently protected until months later. The third dose is administered at least eight weeks after the second dose.

The Moderna vaccine may provide more immediate protection since it uses a bigger dose.

During a public session, commenters on Wednesday urged FDA advisers to endorse both vaccines, saying they are tired of balancing work and other life stressors with the worry their child could get sick from COVID-19.

“Our governments have abandoned the youngest children,” commenter Nicholas Giglia said. “Real families have been impacted by every twist and turn in this process.”

Rep. Louie Gohmert, Texas Republican, told the committee he is worried about cardiac side effects and said vaccination of the youngest could potentially turn into a “dystopian experiment with unknown consequences.”

Some parents aren’t convinced they need to get their kids vaccinated.

A Kaiser Family Foundation poll in April found that only 18% of parents with children under 5 planned to get their kids vaccinated right away, while 38% were in a “wait and see” mode.

Reluctance to vaccinating the youngest children is likely fueled by the fact that COVID-19 hospitalizations and deaths in children are rare in the context of the broader pandemic — although they do occur.

The federal government has documented 30,000 hospitalizations and 500 deaths, according to Surgeon General Vivek Murthy.

One day earlier, the advisory committee endorsed Moderna’s vaccine for use in kids ages 6 and 17, a development that would give this age group a second option besides Pfizer’s vaccine. 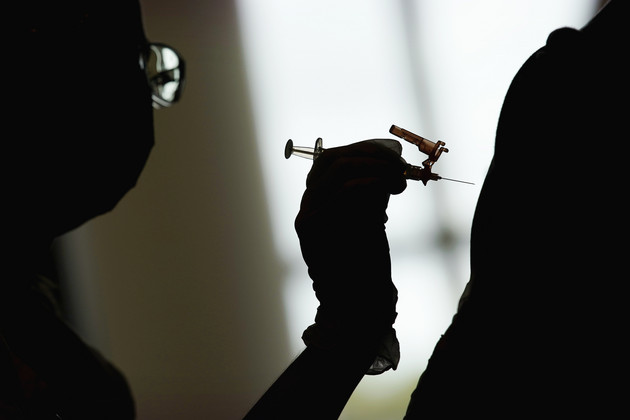 Cities and States Are Easing Covid Restrictions. Are Theaters and the Arts Next?

Biden wants to move U.S. past Covid. Here’s his plan to do it

When will the pandemic be over? It’s complicated, scientists say