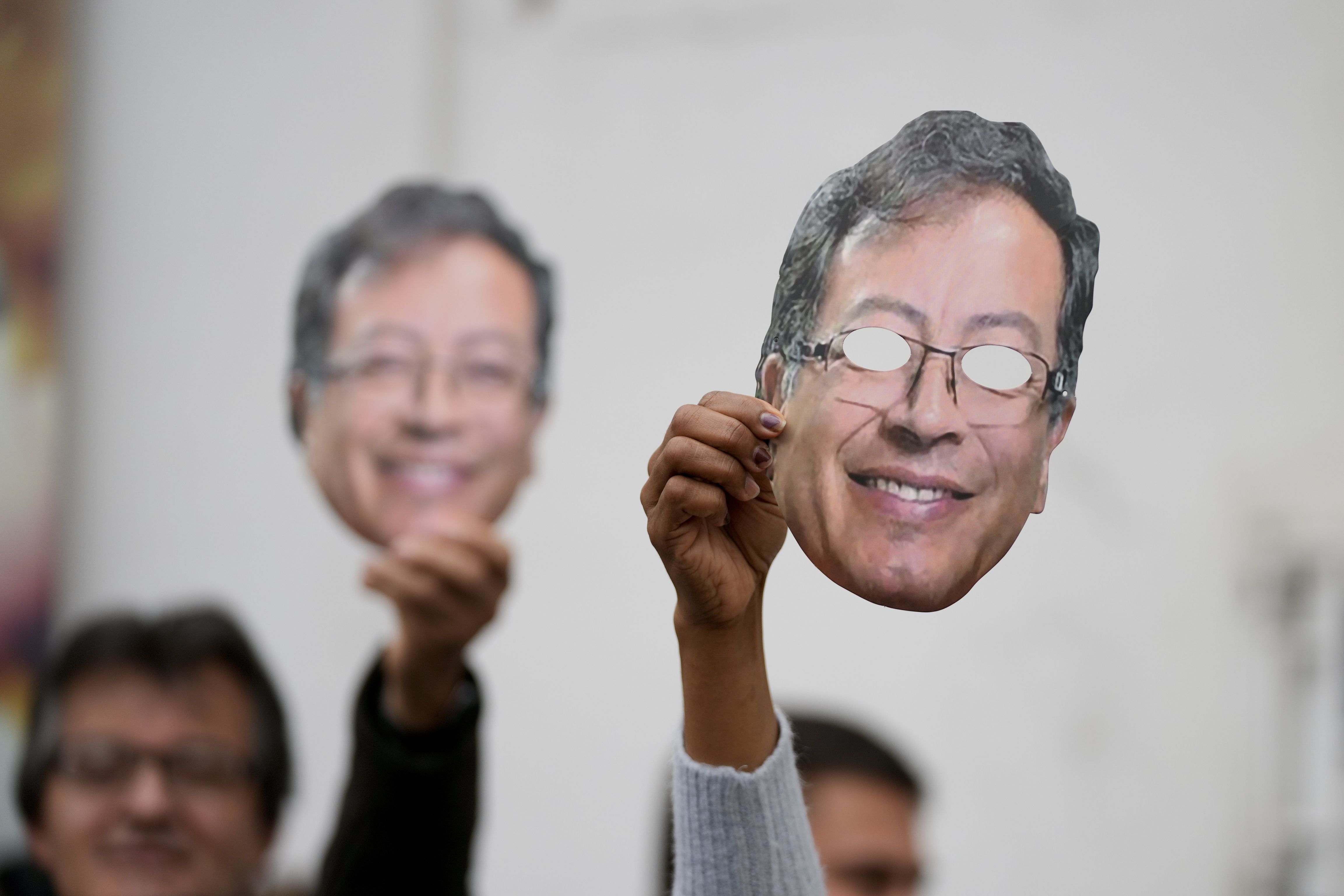 BOGOTA – Leftist former rebel Gustavo Petro held a slim lead in Colombia’s presidential runoff election Sunday over a real estate millionaire, and was on the cusp of ushering in a new era of politics in the South American country.

Petro, a senator in his third attempt to win the presidency, had 50.6% of support, while former mayor Rodolfo Hernández had 47.2%, with more than 97% of ballots counted, according to results released by election authorities.

Authorities were releasing quick counts after polls closed, but like in other contests, they will announce a formal count a few days after the election.

Petro’s showing marks a drastic change in presidential politics for a country that has long marginalized the left for its perceived association with the armed conflict.

At his headquarters in the capital city of Bogota, a message on a screen read “Gracias Colombia,” or “Thank you Colombia.”

Colombians voted amid widespread discontent over rising inequality, inflation and violence — factors that led voters in the election’s first round last month to turn their backs on the long-governing centrist and right-leaning politicians and chose two outsiders in Latin America’s third-most populated nation.

Petro, the former mayor of Bogota, was once a rebel with the now-defunct M-19 movement and was granted amnesty after being jailed for his involvement with the group. His proposals include ambitious pension, tax, health and agricultural reforms and changes to how Colombia fights drug cartels and other armed groups.

Petro, 62, is the latest leftist political victory in region fueled by voters’ desire for change. Chile, Peru and Honduras elected leftist presidents in 2021, and in Brazil, former President Luiz Inácio Lula da Silva is leading the polls for this year’s presidential election.

Petro had 50.29% of the votes, while Hernández had 47.48% with nearly two-thirds of the votes counted, according to preliminary results released by election authorities.

Polls ahead of the runoff had indicated Petro and Hernández — both former mayors — were in a tight race since they topped four other candidates in the initial May 29 election, though neither got enough votes to win outright and headed into the runoff.

About 39 million people were eligible to vote Sunday, but abstentionism has been above 40% in every presidential election since 1990.

The vote came amid widespread discontent over rising inequality, inflation and violence — factors that led voters in the first round to turn their backs on the long-governing centrist and right-leaning politicians and chose two outsiders in Latin America’s third-most populated nation.

Petro, a 62-year-old senator, is in his third presidential campaign. A victory forhim would put an end to voters’ long-held marginalization of the left due to its association with the nation’s long armed conflict. Petro was once a rebel with the now-defunct M-19 movement and was granted amnesty after being jailed for his involvement with the group.

He has proposed ambitious pension, tax, health and agricultural reforms and changes to how Colombia fights drug cartels and other armed groups. He obtained 40% of the votes during last month’s election and Hernández 28%, but the difference quickly narrowed as Hernández began to attract so-called anti-Petrista voters.

The 77-year-old Hernández, who made his money in real estate, is not affiliated with any major political party and has rejected alliances. His austere campaign, waged mostly on TikTok and other social media platforms, was self-financed.

His proposals are based on a fight against corruption, which he blames for poverty and the loss of state resources that could be used on social programs. He wants to reduce the size of government by eliminating various embassies and presidential offices, turning the presidential palace into a museum and reducing the use of the president’s aircraft fleet.

Hernández surged late in the first-round campaign past more conventional candidates and shocked many when he finished second. He has faced controversies including saying he admired Adolf Hitler before apologizing and saying that he meant to refer to Albert Einstein.

Outgoing conservative President Iván Duque on Sunday urged Colombians to vote and trust the institutions “with full confidence in the verdict of the people.” The government said it had information about possible demonstrations planned after polls closed and rejected in advance any acts of violence.

Petro had questioned election authorities during the campaign and said he would analyze after polls closed whether he accepts the results.

After casting his ballot, he called on supporters to vote in large numbers to “defeat any attempt at fraud” and claimed, without showing evidence, that voters in some polling stations were being given ballots previously marked as blank votes in an attempt to “cancel votes that would go for the change.”

Silvia Otero Bahamón, a political science professor at the University of Rosario, said that although both candidates are populists who “have an ideology based on the division between the corrupt elite and the people,” each sees their fight against the establishment differently.

“Petro relates to the poor, the ethnic and cultural minorities of the most peripheral regions of the nation,” Otero said, while Hernández’s supporters “are the people who have been let down by politicking and corruption. It is a looser community, which the candidate reaches directly via social networks.”

Polls show most Colombians believe the country is heading in the wrong direction and disapprove of Duque, who was not eligible to seek reelection. The pandemic set back the country’s anti-poverty efforts by at least a decade. Official figures show that 39% of Colombia’s lived on less than $89 a month last year.

The rejection of politics as usual “is a reflection of the fact that the people are fed up with the same people as always,” said Nataly Amezquita, a 26-year-old civil engineer waiting to vote. “We have to create greater social change. Many people in the country aren’t in the best condition.”

But even the two outsider candidates left her cold. She said she would cast a blank ballot: “I don’t like either of the two candidates…. Neither of them seems like a good person to me.”

“Many people said, ‘I don’t care who is standing against Petro, I’m going to vote for whomever represents the other candidate, regardless of who that person is,’” said Silvana Amaya, a senior analyst with the firm Control Risks. “That also works the other way around. Rodolfo has been portrayed as this crazy old man, communication genius and extravagant character (so) that some people say: ‘I don’t care who I have to vote for, but I don’t want him to be my president.’”

Either will have a tough time delivering on promises as neither has a majority in Congress, which is key to carrying out reforms.

In recent legislative elections, Petro’s political movement obtained 20 seats in the Senate, a plurality, but he would still have to make concessions in negotiations with other parties. Hernández’s political movement only has two representatives in the lower house, so he would also have to seek agreements with lawmakers, whom he has alienated by repeatedly calling “thieves.” 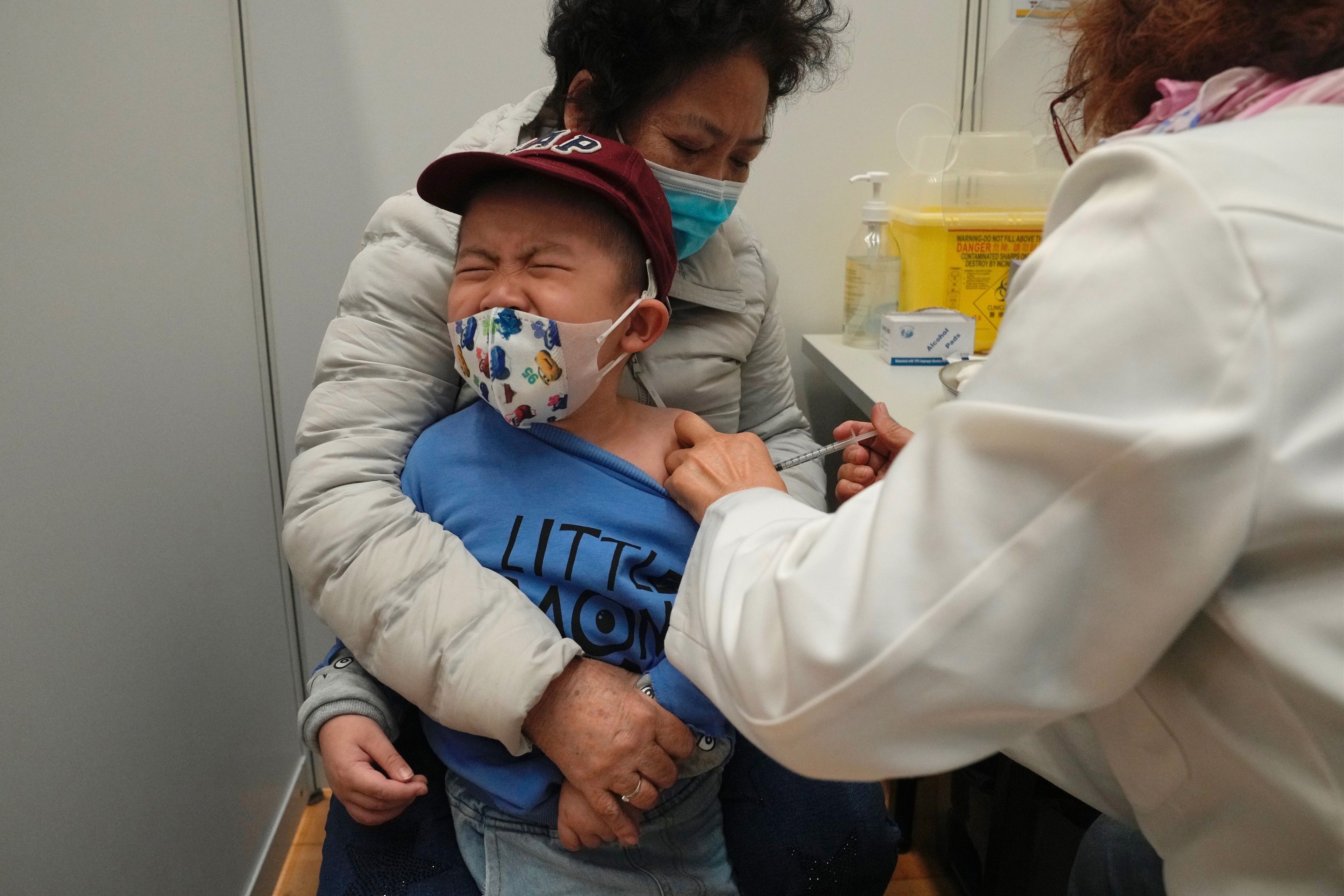 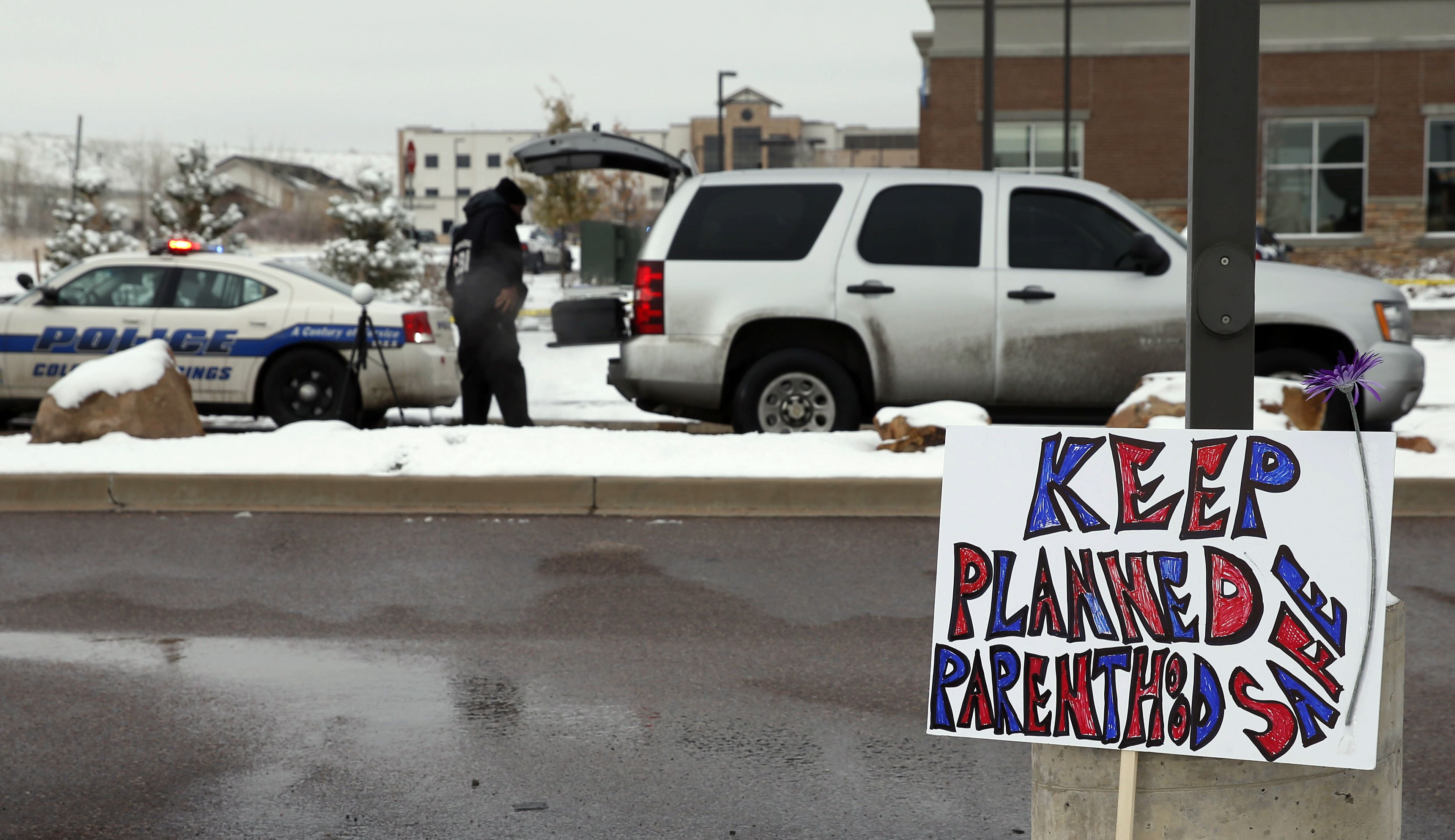 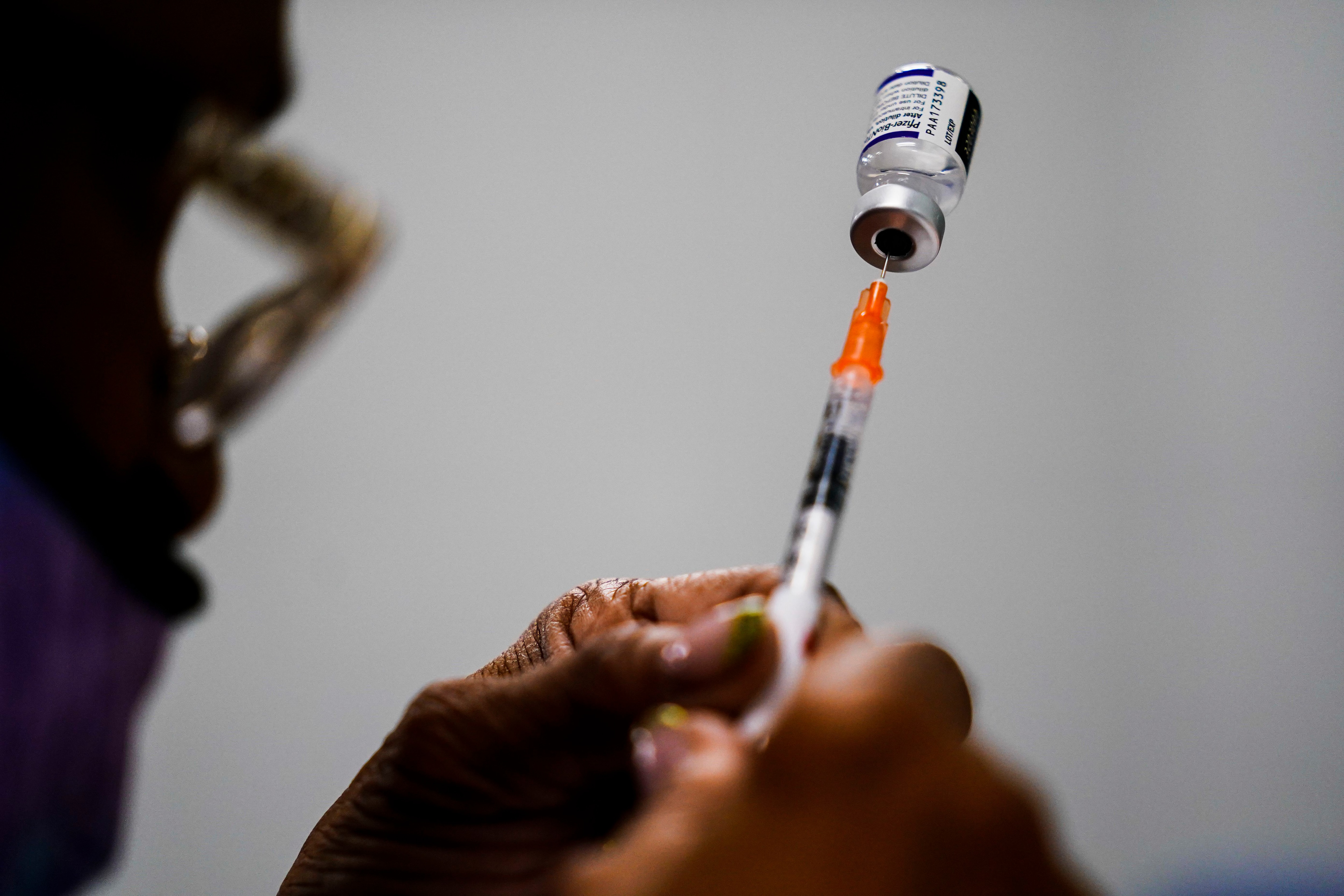 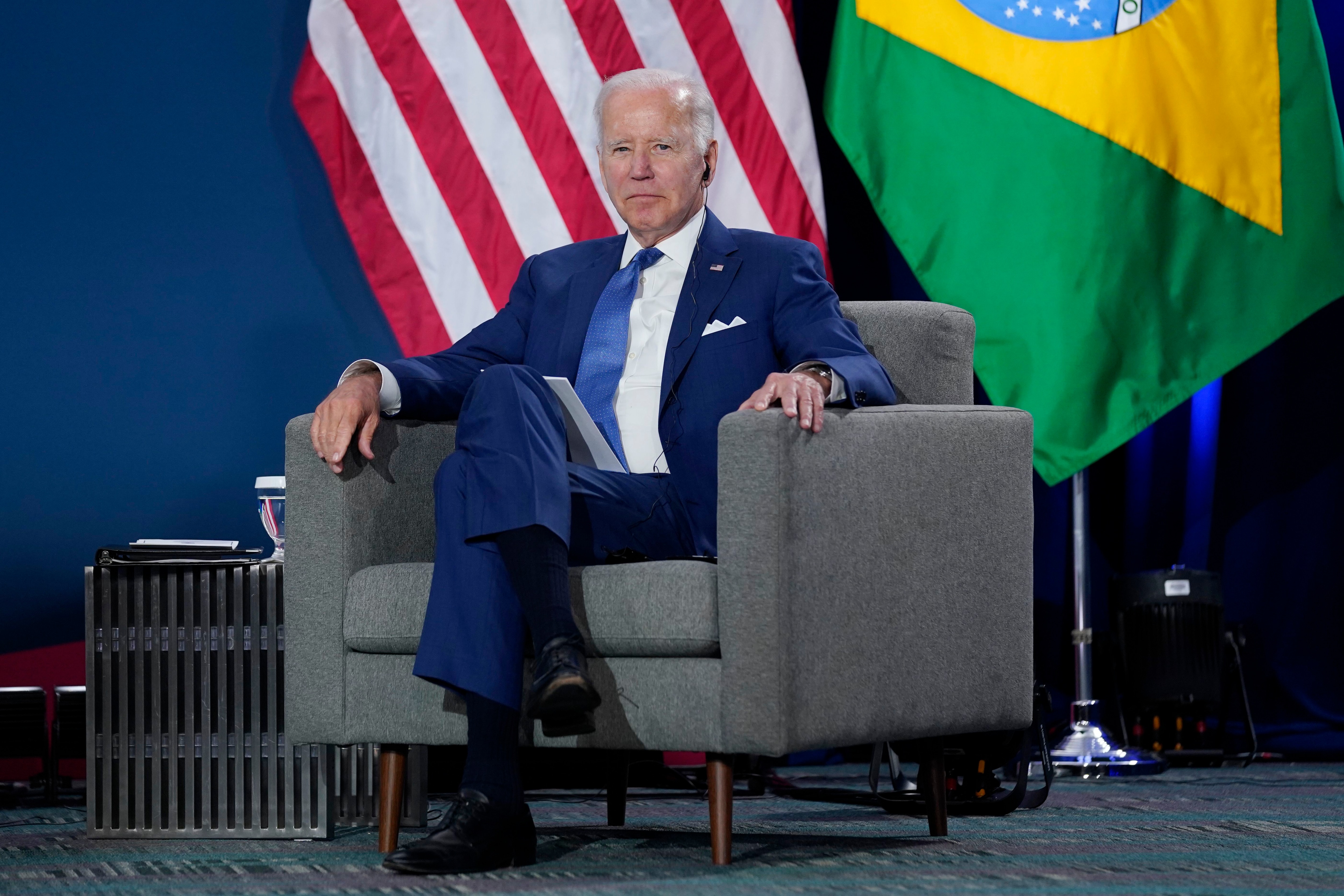 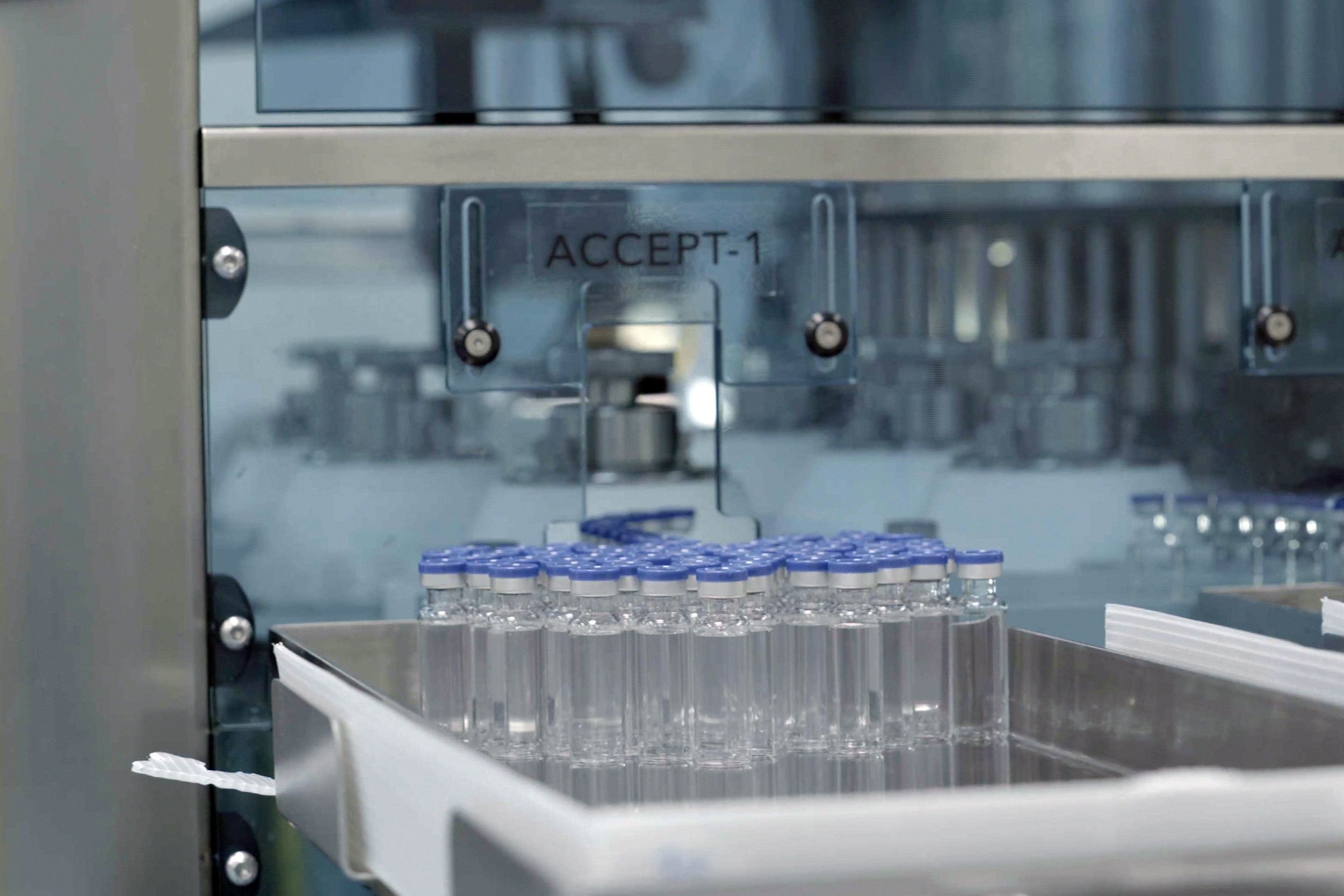 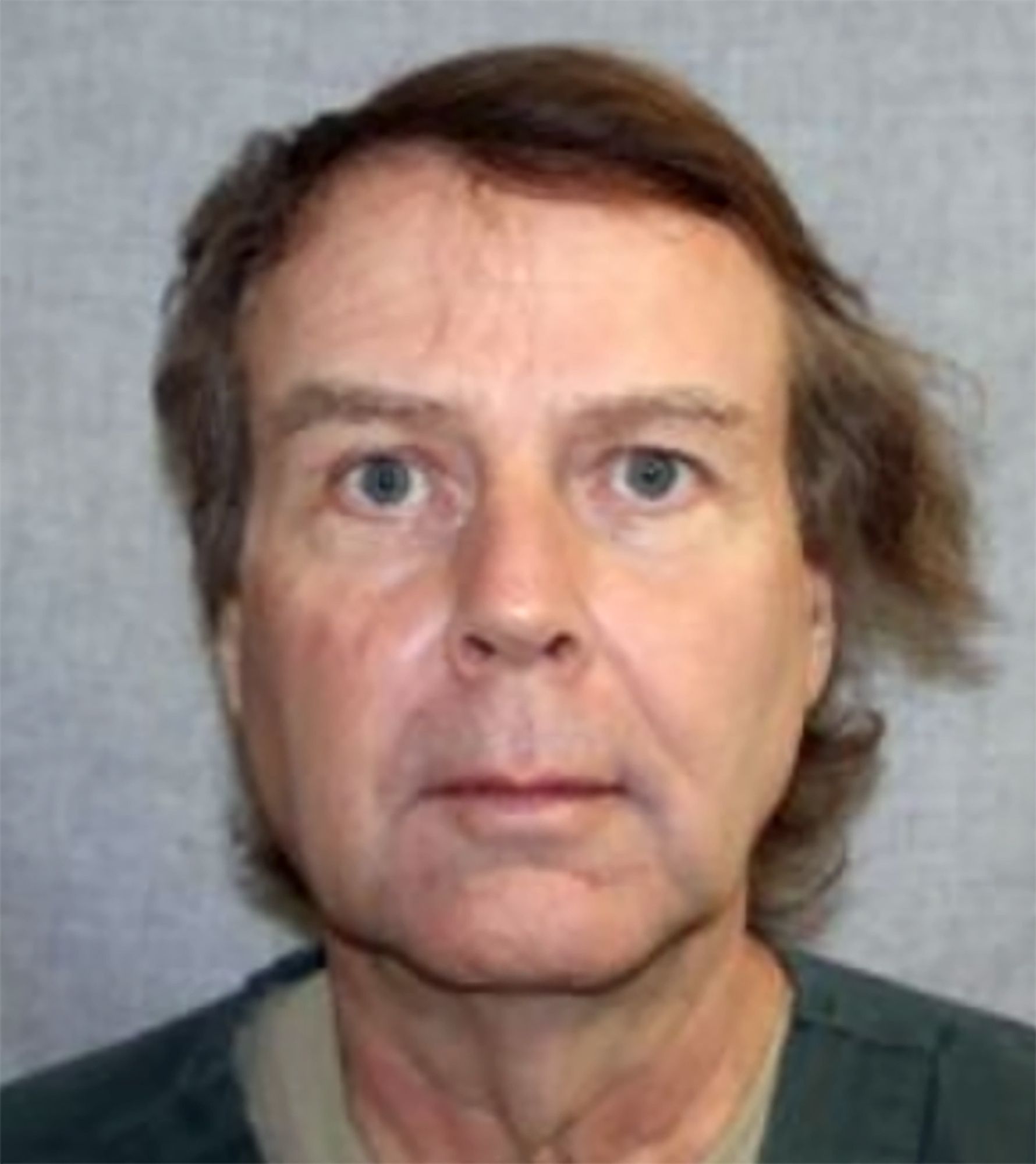