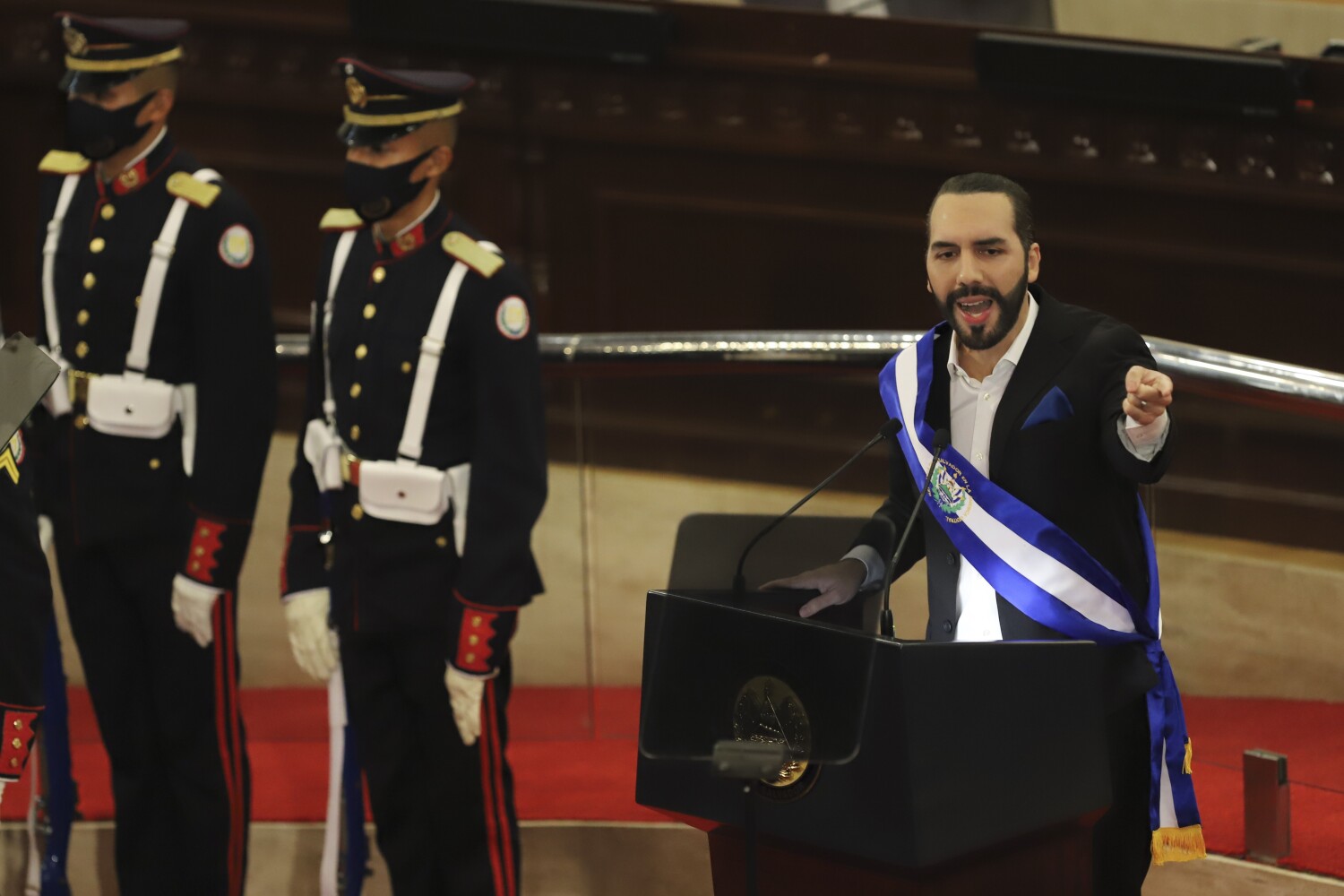 This week, El Salvador will become the first country to accept bitcoin as legal tender, a controversial move pushed by the young, headstrong and exceptionally popular president, Nayib Bukele.

But the rollout of cryptocurrency has been upstaged by a more urgent concern: a series of withering attacks by Bukele and his ruling party on El Salvador’s three-decade-old democracy. In recent days, Bukele loyalists on the Supreme Court systematically cleared the way for him to seek reelection in 2024, despite a constitutional ban on consecutive presidential terms.

Meanwhile, his supporters in the Assembly passed a law to remove one-third of the nation’s judges and prosecutors — an apparent response to Bukele’s public calls for a “purge” of the judicial branch.

Local and international critics have decried the actions as part of a broader power grab that began in May, when Bukele’s party violated El Salvador’s Constitution by ousting the attorney general and several members of the Supreme Court.

Bukele, 40, who has been hailed as a visionary by bitcoin backers around the world, is now simultaneously an international pariah.

As small protests were held Sunday in the capital, San Salvador, U.S. State Department spokesman Ned Price said in a statement that the nation’s “decline in democratic governance damages the relationship that the United States strives to maintain with the government of El Salvador and further erodes El Salvador’s international image as a democratic and trustworthy partner in the region.”

At a news conference Saturday, Jean Manes, the top U.S. official in El Salvador, called the nation “a democracy in decline” and compared Bukele to the late Venezuelan leader Hugo Chávez, who, like other Latin American autocrats before and after him, used his popularity with voters to mask a systematic dismantling of democratic checks and balances.

Like Bukele, whose approval rating has hovered around 90%, Chávez had broad voter support when he began stacking courts in his favor and pushed a constitutional change that abolished presidential term limits. He tightened his grip on power, jailing critics as Venezuela careened toward economic disaster.

“For a moment, many Venezuelans believed that they were living in a democracy … but little by little, Chávez undermined the independence of Venezuela’s democratic institutions,” said Manes, the charge d’affaires at the U.S. Embassy in San Salvador. “We know where this path leads, and we do not want it for El Salvador.”

Bukele, a former marketing executive, used his social media savvy to win election in 2019 with a campaign that fed off widespread anger at the corruption and economic inequality that has dominated El Salvador for decades.

He has repeatedly said that radical changes are necessary to improve life in El Salvador, calling the 1992 peace agreement that ended the country’s bloody civil war and established its representative democracy a “farce.”

“Democracy was a pantomime,” he said during a recent address to Congress, accusing the politicians before him of being interested only in self-enrichment. “When the changes aren’t cosmetic, you have to cut the problems at their root.”

Bukele’s criticisms of the past resonate with many Salvadorans, said Manuel Meléndez-Sánchez, a Harvard University PhD candidate in political science who was born and raised in El Salvador.

“The diagnosis of problems wasn’t necessarily wrong, but throwing away democratic institutions is not the answer and can never be the answer,” he said.

He and others have speculated about the timing of Bukele’s recent power grabs, just days before El Salvador officially adopts bitcoin. “There’s a clear sense that the timing … has a lot to do with distracting attention away from the bitcoin rollout,” Meléndez-Sánchez said.

Compared with most Bukele initiatives, from expanding the military to doling out food donations during the darkest days of the COVID-19 pandemic, the bitcoin plan is unpopular. A recent survey by the University of Central American found that 56% of Salvadorans did not trust bitcoin, and 71% said they did not plan to use it.

In June, Bukele pushed a law through Congress, drafted in part by the American chief executive of a bitcoin-based cash application, that businesses will be required to accept the digital currency for goods and services by Sept. 7. The law leaves the U.S. dollar as the country’s other official currency.

Bukele has said the plan will empower Salvadorans, most of whom don’t use banks, by giving them access to digital transactions and will be a cheaper alternative to Western Union for those who receive remittances from the U.S. But critics say bitcoin’s extreme volatility could devastate El Salvador’s economy overnight, bankrupting communities that are already among the poorest in the hemisphere.

Then there’s the concern that the plan will lead to illegal activity. The Central American Institute for Fiscal Studies said it would turn El Salvador into a “money-laundering paradise.”

Under the new law, customers can pay for anything — from a soda to federal taxes — using a variety of smartphone apps created for small bitcoin transactions. The law established a $150-million government trust fund that Bukele said would give Salvadorans the option to convert their bitcoin to dollars if they wish.

In recent weeks, Bukele has lashed out on social media against critics of his bitcoin plan. Police detained one prominent critic, Mario Gómez, for four hours last week, without explaining why.

Additionally, the government recently expelled two foreign journalists who worked with the Salvadoran news organization El Faro, which has conducted several investigations into Bukele, including one revealing that his government had offered perks to the nation’s gangs in exchange for a reduction in violence. Bukele’s government has launched money-laundering investigations against El Faro and several other media outlets that he has accused of attacking him.

“One of the government’s policies, Lopez said, “is precisely to sow fear.”