Christians around the world are celebrating Easter on Sunday, April 17, 2022.

Easter commemorates and celebrates that Jesus has risen from the dead after his crucifixion on the cross at Calvary on Good Friday — fulfilling holy scripture and giving eternal meaning to his life and earthly purpose.

Easter falls three days after the end of Lent, which began on Ash Wednesday. Lent ended on Maundy Thursday, which commemorated the Last Supper shared by Jesus and his disciples.

“Christ is risen, he is truly risen! For Christians, these words are the linchpin of our faith.”

Easter is a day of great joy for believers, celebrating the miracle of the “empty tomb” and the prophecies and promises of both the Old and New Testaments in the Bible that Christ’s crucifixion fulfilled.

FRANKLIN GRAHAM ON EASTER: ‘OUR ONLY HOPE IS GOD’

The prophet Isaiah, who lived some 700 years before Christ, referenced the coming savior in Isaiah 53:5: “But he was pierced for our transgressions, he was crushed for our iniquities; the punishment that brought us peace was on him, and by his wounds we are healed.”

In the New Testament, in the Gospel of John, the saving sacrifice of Jesus is explained: “He is the propitiation for our sins, and not for ours only but also for the sins of the whole world” (1 John 2:2).

“Christians believe that Jesus is the son of God. He suffered and died to set us free from sin and death, and he rose from the dead on Easter Sunday.”

Fr. Steve Rock, pastor for the Reading Catholic Community in Reading, Massachusetts, shared the profound meaning of Easter — and why there is reason for great joy, even amid struggles faced by Americans and by people all over the world.

“Christ is risen, he is truly risen!” Rock said in an email exchange with Fox News Digital. “For Christians, these words are the linchpin of our faith.”

He added, “Christians believe that Jesus is the son of God. He suffered and died to set us free from sin and death, and he rose from the dead on Easter Sunday.”

Rock said that even today, in our often cynical society, God’s love of humanity is remembered. At many sporting events, “one will sometimes see a sign in a crowd of spectators reading simply, ‘John 3:16.’”

“It is this risen Jesus who has given such hope to suffering people across the ages.”

This often-quoted verse in the Gospel of John is, explained Rock, what Christianity is “all about.”

“It reads, “For God so loved the world, that He gave His only Son, so that everyone who believes in Him will not perish, but have eternal life.”

“Jesus has given us something the world can’t,” said Fr. Rock of Reading, Massachusetts. “It is hope — and that changes everything.”
(iStock)

Fr. Rock shared the context of Christ’s enduring message of salvation by considering the times in which he walked the earth.

“Jesus suffered greatly from the hands of the powerful who sought to destroy him to protect their own power,” said Rock. “They thought they succeeded, but God had other plans — and the resurrection of Jesus proved it.”

EASTER BY THE NUMBERS: FACTS ABOUT THE RELIGIOUS HOLIDAY AND MORE

“’He has cast down the mighty from their thrones, and has lifted up the lowly,’” continued Rock, referencing Luke 1:52. “It is this risen Jesus who has given such hope to suffering people across the ages.”

On Easter, said Fr. Rock, “Triumph will come from catastrophe, life from death, hope from despair — and despite all appearances to the contrary, both then and now, evil <i>will</i> be defeated.”
(iStock)

He noted, “When you watch the news [that] reports the senseless death and destruction in Ukraine, or the recent shootings in a New York subway — or, weeks ago, the wanton desecration of the Tomb of the Patriarch Joseph in the Holy Land — you might think that nothing has changed.”

“But it has,” he said. “Jesus has given us something the world can’t. It is hope — and that changes everything.”

The hope of Easter “is a lasting hope that the world — with its different forms of power — can never give.”

Fr. Rock referenced a striking image from a 2010 mini-series based on a book by best-selling author Ken Follett.

Rock said it represents visually the hope contained in the Easter message, one that is available to everyone.

“The mini-series ‘The Pillars of the Earth’ centers around the building of a cathedral during the English Civil War in the 12th century, in the midst of all of war’s death and destruction,” said Rock. “Each episode opens with a scene of a church being destroyed, and suddenly a cross, carried by monks and townspeople, rises from the flames and rubble, as dawn breaks on a new day.”

He continued, “This is the hope that Easter gives to each and every one of us. It is a lasting hope that the world — with its different forms of power — can never give.”

The silhouette of a cross is shown, with a sunset background. On Easter, said Fr. Rock, the “powers of death and destruction will be overcome.”

Rock said that Christ’s resurrection, celebrated on Easter Sunday, proves that the “powers of death and destruction will be overcome.”

“Triumph will come from catastrophe, life from death, hope from despair — and despite all appearances to the contrary, both then and now, evil will be defeated,” he said.

“Let us join our brothers and sisters in the Eastern Churches — and especially, today, the Ukrainian people — with our shared Easter response: ‘Christ is risen! He is truly risen!’” 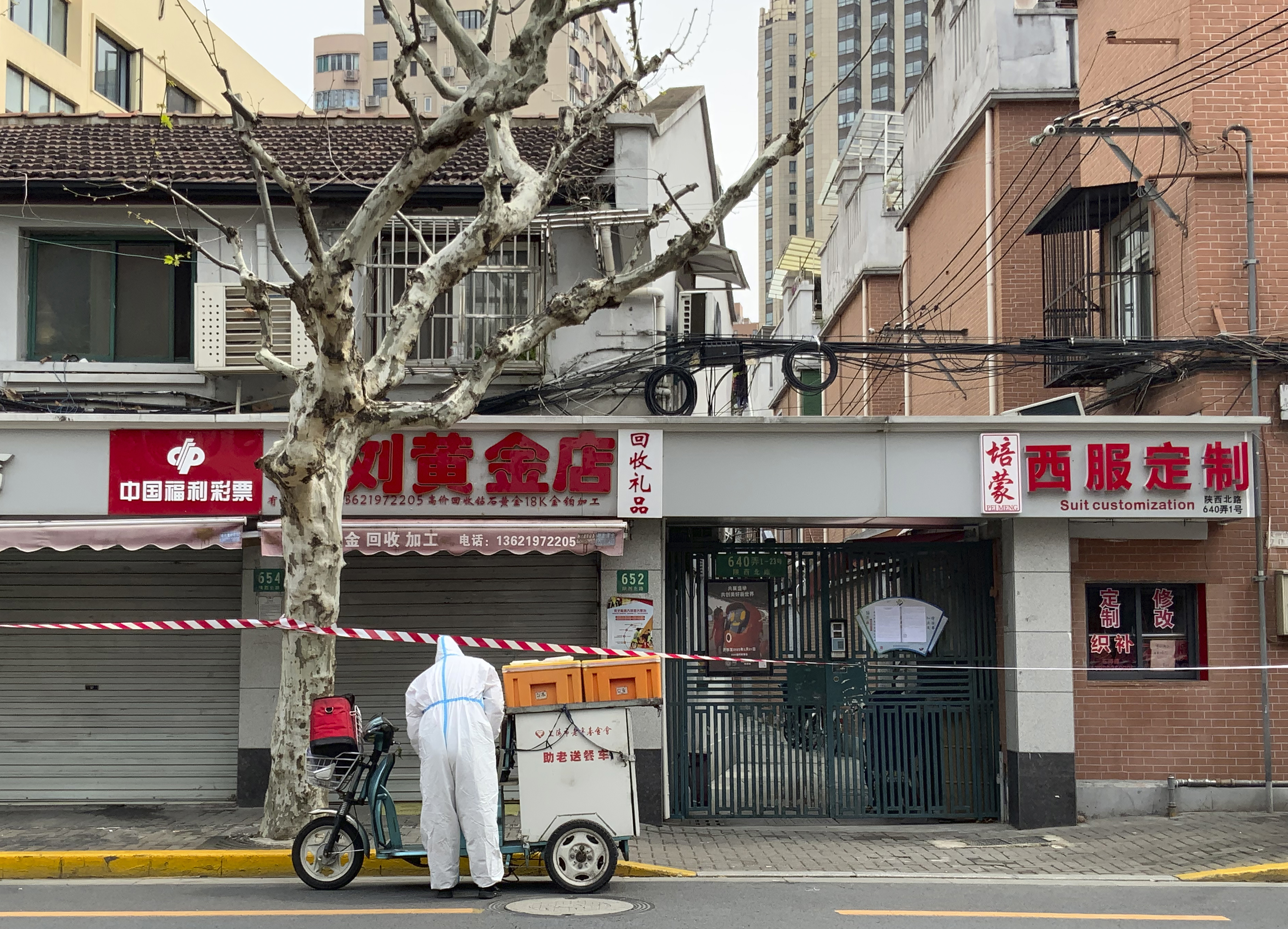