Futures tied to the Dow Jones Industrial Average and S&P 500 rose slightly Thursday, as Wall Street tried to rebound from a long string of weekly declines.

The Dow has fallen the last eight weeks, while the S&P 500 and Nasdaq are riding seven-week losing streaks.

However, the market seems to have somewhat regained its footing this week, as investors hope inflation is starting to peak and that there’s good value to be found at these levels. The Dow and S&P 500 are up 2.75% and 2%, respectively, for the week. The Nasdaq is also up 0.7%.

The Dow has also posted gains in the last four sessions.

“Recent one-day rallies have been aggressively sold the next day, which is why global markets holding up (despite NVDA and SNOW being lower) would be a short-term positive,” 22V Research’s Dennis DeBusschere said in a note Thursday.

“U.S. equity futures are stable with yields lower across the curve and inflation expectations continue to grind lower,” he added. “Investors are discounting that the tightening of financial conditions over the past 6ish months is enough to slow economic growth meaningfully. That is consistent with the decline in the breadth of U.S. economic data points.”

The move in futures comes after strong earnings from the retail sector. Macy’s shares surged 15% in premarket trading after the company raised its 2022 profit outlook, and Williams-Sonoma rose 8.3% after beating estimates on the top and bottom lines.

Though first-quarter earnings for the market as a whole have been largely in line with historical trends, there have been dramatic pullbacks for some major stocks after earnings reports as investors look for the impact of inflation and slowing economic growth.

Elsewhere, Twitter shares jumped more than 5% after Elon Musk increased his commitment in his takeover bid to $33.5 billion, which analysts have said indicates a new seriousness and increased probability that he’ll complete the deal.

Chipmaker Broadcom announced plans to buy cloud company VMware in a $61 billion deal, which would be one of the biggest tech acquisitions of all time. Broadcom shares fell more than 1%, while VMWare shares inched higher.

First-quarter gross domestic product declined at a 1.5% annual pace, worse than the 1.3% Dow Jones estimate and a writedown from the initially reported 1.4%, the Commerce Department reported Thursday.

Initial jobless claims for the week ending May 14 totaled 218,000, which was an increase from the previous period and slightly higher than the 215,000 estimate. 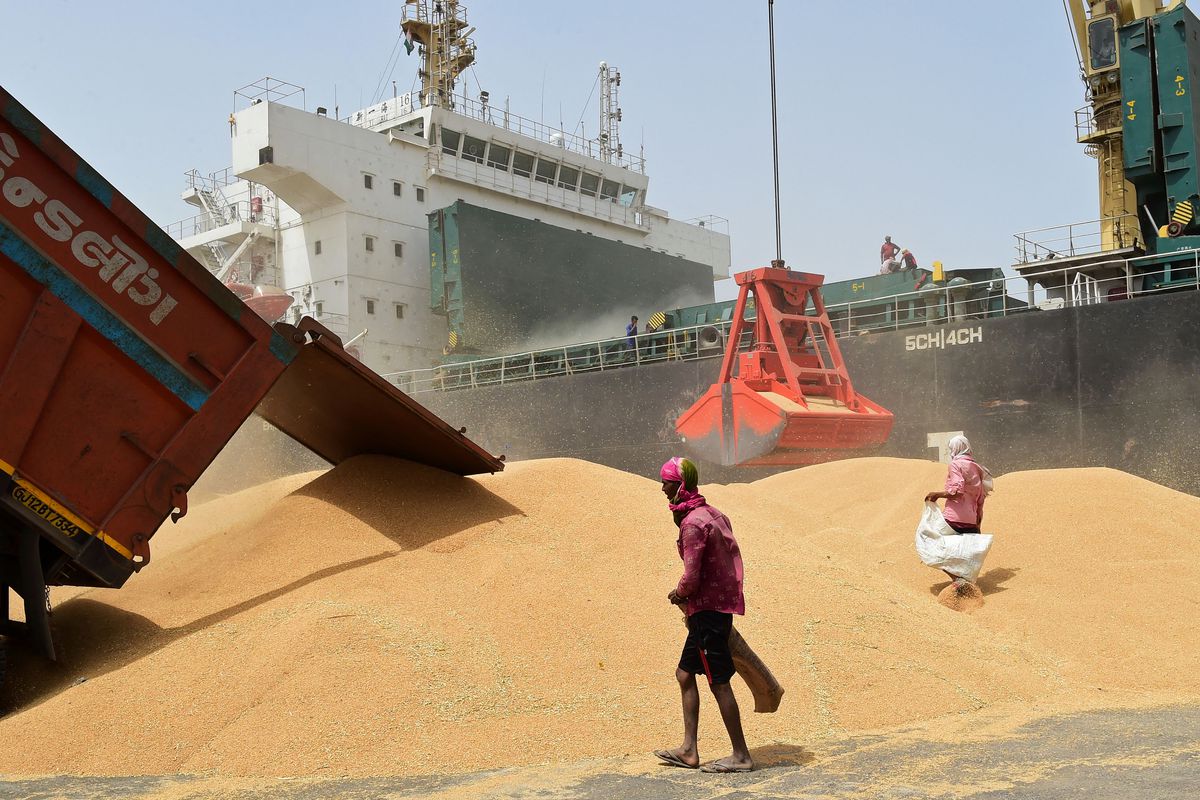