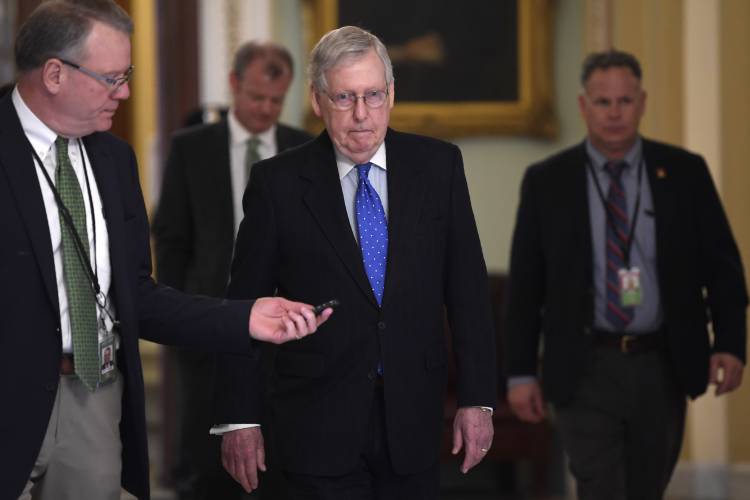 The Treasury Department said Wednesday it wants to dedicate $500 billion to start issuing direct payments to Americans by early next month as the centerpiece of a $1 trillion plan to stabilize the economy as the coronavirus epidemic threatens a body slam to taxpayers and businesses.

In a memorandum, Treasury proposed two $250 billion cash infusions to individuals: A first set of checks issued starting April 6, with a second wave in mid-May. The amounts would depend on income and family size.

The Treasury plan, which requires approval by Congress, also recommends $50 billion to stabilize the airlines, $150 billion to issue loan guarantees to other struggling sectors, and $300 billion for small businesses. The plan appears to anticipate that some of the loans would not be repaid.

Taken together, the administration plan promises half of the $1 trillion to families and individuals, with the other half used to prop up businesses.

The details are for the third coronavirus response bill that lawmakers hope to pass next week. Direct payments would go to U.S. citizens only, and would be “tiered based on income level and family size.” The two payments would be identical, with the second wave starting by May 18.

It comes as the Senate turned Wednesday to a House-passed coronavirus response bill, with passage set for later in the afternoon.

The Treasury outline provides a basis for lawmakers to work from in an unprecedented government response and is likely to be broadened to include additional emergency funding for federal agencies.

The price tag for the upcoming economic package alone promises to exceed Treasury’s $1 trillion request, a rescue plan not seen since the Great Recession. Trump is urging Congress to pass the eye-popping stimulus package in a matter of days. A more realistic time frame is next week.

Activists seek to cut Lebanon police budget in half