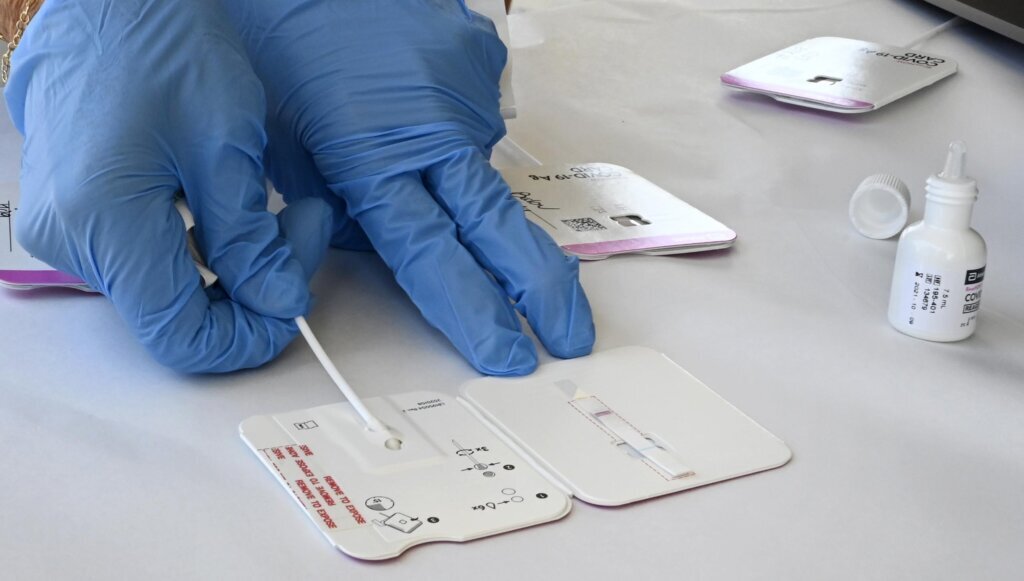 D.C. public schools students in pre-K will be required to take a rapid COVID-19 test every week beginning next week, Chancellor Lewis Ferebee said Thursday, noting the school system is prioritizing students who aren’t eligible to receive the coronavirus vaccine.

D.C. Mayor Muriel Bowser announced the tests would be made available to students earlier this week, but stopped short of saying they would be required.

Now, tests will be distributed every Friday and families of young children will be required to upload results. For next week, test results should be submitted by 4 p.m. Monday before students return to school Tuesday after the Martin Luther King Jr. holiday.

The rapid tests will also be available to kindergarten students, but they won’t be required to submit results. All students will be required to take tests following breaks in February and April.

The changes come as students are nearly finished with the first week of classes after winter break. Parents, teachers and lawmakers remain concerned about the heightened levels of community coronavirus transmission.

D.C. Council chairman Phil Mendelson wrote a letter to Ferebee this week seeking information about the notification process when students and taff tests positive and seeking updates on when every school will have a COVID coordinator, plans Bowser announced in October.

In a letter to the school community Thursday, Ferebee also detailed plans for a new program that will enable students identified as close contacts to request test kits to be mailed to them starting next week.

The testing kits will also be made available to teachers and staff on a weekly basis.

Ferebee said he doesn’t anticipate supply will be an issue as the new programs roll out.

The school system will also continue to use its saliva-based asymptomatic testing program, Ferebee said. Some younger children have struggled to produce adequate samples, prompting calls for the city to use nasal swab testing instead.

While some D.C.-area school systems are updating their quarantine and isolation guidance, Ferebee said DC Health is still reviewing new Centers for Disease Control and Prevention guidelines and is keeping a 10-day isolation period for anyone who tests positive.

The CDC recently changed its guidance, saying someone who tests positive must isolate for five days, but can then end isolation if symptoms are improving and a mask is worn around other people.

Keeping schools open remains the city’s priority, Ferebee said, noting that two schools this week fully transitioned to virtual learning, “which is a different place than where we were before the holiday break.”

Steve Beam, a D.C. parent, said after Monday’s initial testing announcement that he was glad to see the additional mitigation strategies in place.

“I’m glad the administration is finally getting there with testing,” Beam said. “I wish [the city was] getting there faster. It feels like we’re continually a little bit behind the curve. Cases are exploding, it would have been great to have testing earlier.”

Parent Dana Grosser-Clarkson said Monday the changes are “a step in the right direction.”

DC restaurants prepare to require diners for proof of vaccination

DC restaurants prepare to require diners for proof of vaccination

How each Northern Va. jurisdiction fares in vaccinating kids 5 to 11