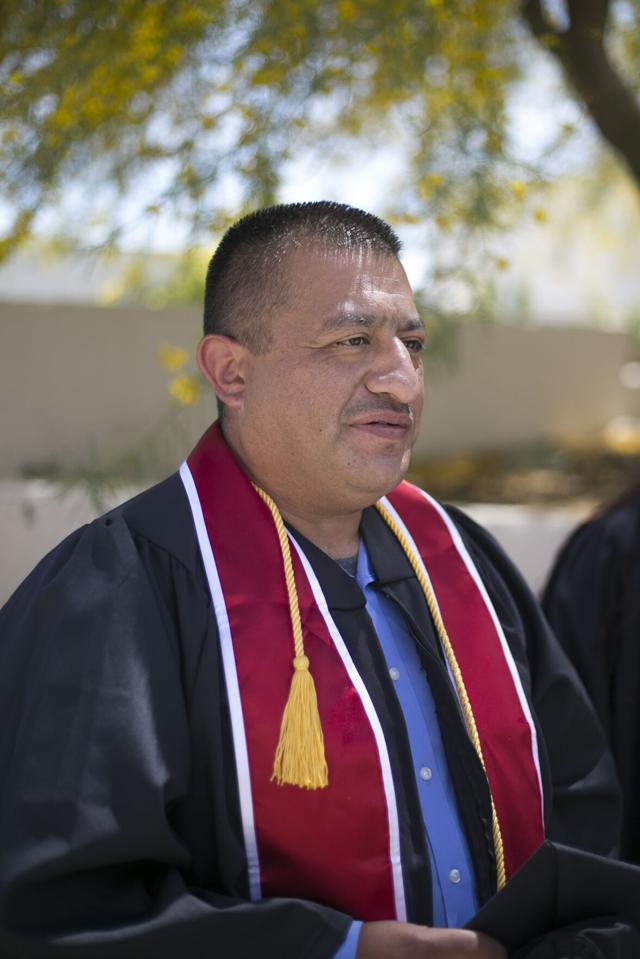 The family that studies together graduates together.

It happened Thursday at Bakersfield College when a 19-year-old student-athlete from east Bakersfield received her diploma along with not one but both of her parents.

For daughter Nayeli Fonseca, receiving an associate degree in early childhood education and human services was the logical progression of an educational career that included summer classes at BC and a plan to go on to Cal State Bakersfield.

But her parents’ path to college was far less traditional. Her mother, Maria Sosa Borjas, had graduated from high school but stopped there. Not until she was volunteering at her son’s elementary school did it occur to Borjas she might not be done with education.

Nayeli’s father, Marco Fonseca Mendez, didn’t even graduated from high school. He earned his high school equivalency in 2016 and only entered BC a few years later as a way to achieve a certificate in HVAC.

Now, it’s the daughter who’s the proud one, having urged her parents to do like her and dedicate themselves to sticking with school.

“I supported them,” Nayeli Fonseca said, “and they supported me.”

Their graduation was part of the largest commencement ceremony in BC history. More than 1,700 students walked the stage, the first time any student has done so since 2018, because of renovations to Memorial Stadium and, after that, the pandemic.

Also receiving diplomas Thursday were more than 100 early college graduates who’d taken classes at BC while enrolled at schools in Arvin, Delano and Wasco.

The idea of returning to school struck Borjas while she was putting in hours helping teachers at Ramon Garza Elementary. The principal and others there encouraged her to enroll at BC.

She ended up majoring in early childhood development and human services. Working as a contact tracer at the Kern County Superintendent of Schools, her plan now is to transfer to CSUB, earn a double major within two years and land a job as a kindergarten teacher or social worker.

Her friend back at Ramon Garza, Behavior Intervention Specialist Ana De La Paz, had noticed that Borjas always seemed to be interested in learning. When it came out that she had gone no further than high school, people there told Borjas she should keep going.

“I always told her that it’s never too late,” De La Paz said. “There’s never, like, a time or a deadline for you not to continue your education. … I’m just proud of all three of them.”

Nayeli, the oldest of three children, started taking classes full-0time at BC in July 2020, first as a nursing major then as a psychology major. A competitive runner in high school, she joined BC’s cross-country and track teams while working jobs that have included COVID-19 canvasser.

Mendez first signed up at BC because, as an appliance technician, he saw a refrigeration certificate as a door to management and, potentially, better pay.

But rather than stopping there, he went for a full associate degree. Even now, he’s planning to continue taking welding courses so he can widen his career prospects.

“It’s going to give me more opportunities out there,” he said.

Mendez was inspired by an instructor who had earned his degree at age 55. If he could do it, the instructor said, anyone can.

“I feel like I’m just starting now,” he said.