This round of funding — if it can pass the House and Senate — would help restart key Covid-19 programs that recently ran out of resources, including the development of future variant-specific vaccines and federal government purchases of drugs for people at risk of hospitalization.

But the package was whittled down from more than $30 billion federal officials originally argued was needed to $22.5 billion the White House pitched to Capitol Hill last month to $15.6 billion congressional leaders tried to attach to the 2022 spending bill.

Now, $10 billion is on the table and the money for the global vaccination effort and for testing, treating and vaccinating the uninsured was dropped, all but guaranteeing the Biden administration will shortly need Congress to do this all over again.

“I would think they’d have to be back in 60 to 90 days,” Sen. Roy Blunt of Missouri, the Senate’s top GOP health care appropriator, told POLITICO. “I don’t think anyone thinks it will last through the summer, and maybe doesn’t last until the summer.”

Public health leaders warn that these short-term bursts of cash are creating gaps in preparedness, leaving millions vulnerable to a new Covid surge. Most at risk in the U.S. are millions of low-income and uninsured people — the majority of whom are people of color — who rely on the government for tests, life-saving treatments and vaccines, programs that need a steady and predictable stream of funding.

The White House did not respond to questions about how long the funding would last. But at an event in Washington, D.C., on Monday, HHS Secretary Xavier Becerra stressed that the Senate’s deal could force his agency to choose among priorities like vaccines, therapeutics and testing.

“It would not be enough for us to cover our expenses and finish the fiscal year,” he said, referring to the government’s October funding deadline.

But building a coalition for spending billions more later this year is likely to be exceedingly difficult with a tight congressional calendar heading into the midterms, ongoing pandemic fatigue and partisan disagreements over whether and how much to spend on both the domestic and international public health emergency.

“I’m afraid that if it’s just at the $10 billion level, we’re going to have to pass something else before long, but I’m also afraid that’s only going to get harder,” Rep. Chuy García
(D-Ill.), vice chair of the Congressional Progressive Caucus, told POLITICO. “Increasingly, people are becoming less inclined to see the potential threat of a new surge. It seems like we haven’t really processed all the lessons of the pandemic.”

Senate Majority Leader Chuck Schumer
, while celebrating the bipartisan agreement on Monday, was quick to note the need for more “later this spring,” saying this deal “is well short of what is truly needed to keep us safe.”

That next bill, Schumer argued, should also meet international needs, and combine global Covid aid with more funding for Ukraine and to address food insecurity around the world.

But with no global money in the current deal, policymakers fear the disruption to the U.S.’ pandemic work overseas will continue indefinitely.

“Doing nothing to slow the global spread of COVID-19 is foolhardy,” Senate Appropriations Chair Patrick Leahy
(D-Vt.) warned Monday. “As the virus continues to mutate and wreak havoc overseas, more Americans will become sick and die.”

For months, officials at the U.S. Agency for International Development have warned lawmakers that they would soon run out of money to help facilitate vaccinations in low- and middle-income countries, and advocated for at least $19 billion for the global Covid fight.

That amount was negotiated down to $5 billion in March amid disagreements on Capitol Hill over how to pay for the package. Even that would not have been enough for the agency to shore up its new program to help ramp up vaccination rates in 11 low-income countries in Africa, and officials were already expecting to come back to Congress for additional global Covid funds by the beginning of summer.

Now that Congress has cut the $5 billion from the supplemental package, USAID will likely only be able to help millions of people access and receive first vaccine doses through June. After that, USAID’s partners, including local health agencies and COVAX, the global vaccine facility, will have to find additional funding to help countries with the delivery and administration of Covid-19 immunizations, according to two individuals familiar with the matter.

“Barring additional funding, the United States would have to turn its back on the countries that need urgent help to boost their vaccination rates,” USAID Administrator Samantha Power said in a statement. “By not helping these countries get shots into arms, we would leave their populations unprotected and allow the virus to continue mutating into new, potentially more dangerous variants.”

The drop-off of the global Covid funding comes at a time when the Biden administration is planning for a potential surge this spring as the Omicron subvariant, BA.2, is causing spikes in cases and hospitalizations in Europe, Hong Kong and China.

Global health leaders, USAID officials and lawmakers say they’re worried this and other new variants will continue to emerge in the coming months and make their way to the U.S. if the world does not help increase vaccination rates.

“The world, quite frankly, did not contain this virus and didn’t defeat it,” Gayle Smith, who led the State Department’s global Covid-19 response last year, told POLITICO last week. “How do we make sure that the world can live with it? And not just those countries that can afford to get to 70 or 75 percent [vaccination]?”

On the domestic front, the funding delays have forced the federal government to halt purchases of enough additional booster doses for all Americans and slash the purchase and distribution of monoclonal antibody treatments and antiviral pills for high-risk Covid patients. It has also disrupted research into new treatments and cut off reimbursements to doctors around the country for testing, treating, and — as of Tuesday — vaccinating the uninsured. Even if Congress manages to approve the funding this week, public health experts say, there’s a good chance all of these threats will reemerge in just a few months, damaging the stability and continuity of their fight against the virus.

Adriane Casalotti, the chief of government and public affairs at the National Association of County and City Health Officials, pointed as an example to the recent expiration of the program that pays doctors to test and treat uninsured patients for Covid, arguing those physicians may not return to the program even if the money is soon renewed.

“We’re losing trust in the medical community and doctors are not sure if the rug will get pulled out from under them again if they rejoin the program, and we’re also losing trust in the community,” she said. “If you’re a low-income person who has been going to the same testing site for two years and suddenly it closes or turns you away, you might not go back even if it reopens.”

Some lawmakers told POLITICO that additional funding could get attached to the bipartisan pandemic preparedness bill Sens. Patty Murray
(D-Wash.) and Richard Burr
(R-N.C.) are crafting.

But those options will likely be a hard sell for many Republicans who were skeptical of approving the current package and demanded it be offset by cuts to other government programs.

Sen. Richard Shelby
(R-Ala.), the top Republican on the Senate Appropriations Committee, told reporters that he and his GOP colleagues may only be convinced to spend more if the pandemic noticeably worsens.

“I believe, based on my experience here, that Congress will react positively to a real emergency or a real crisis, especially something of the magnitude of a new variant taking off,” he said.

Public health officials and Democratic lawmakers say waiting until a new variant arrives to approve more funding would be disastrous, leaving the country without the stockpiled tests, vaccines, masks, disease investigators and other tools needed to prevent the high mortality seen during the winter’s Omicron surge.

“Later in the year gets tougher,” Sen. Tim Kaine
(D-Va.) acknowledged. “But I don’t know why we would want to squander this opportunity.”

Jennifer Scholtes and David Lim contributed to this report.

CORRECTION: An earlier version of this report misidentified the National Association of County and City Health Officials. It also misstated the provisions of the $10 billion Covid bill. It does not renew funding for pandemic services for the uninsured. 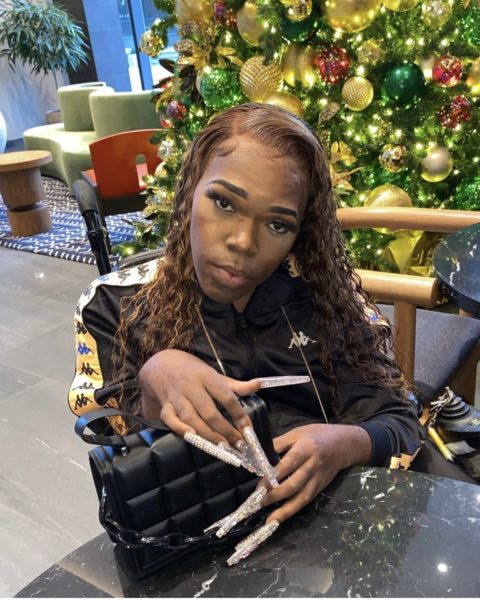 Rolling Ray Says He Is Alive & Well Following Death Rumors, Reveals He Was In A Coma For A While