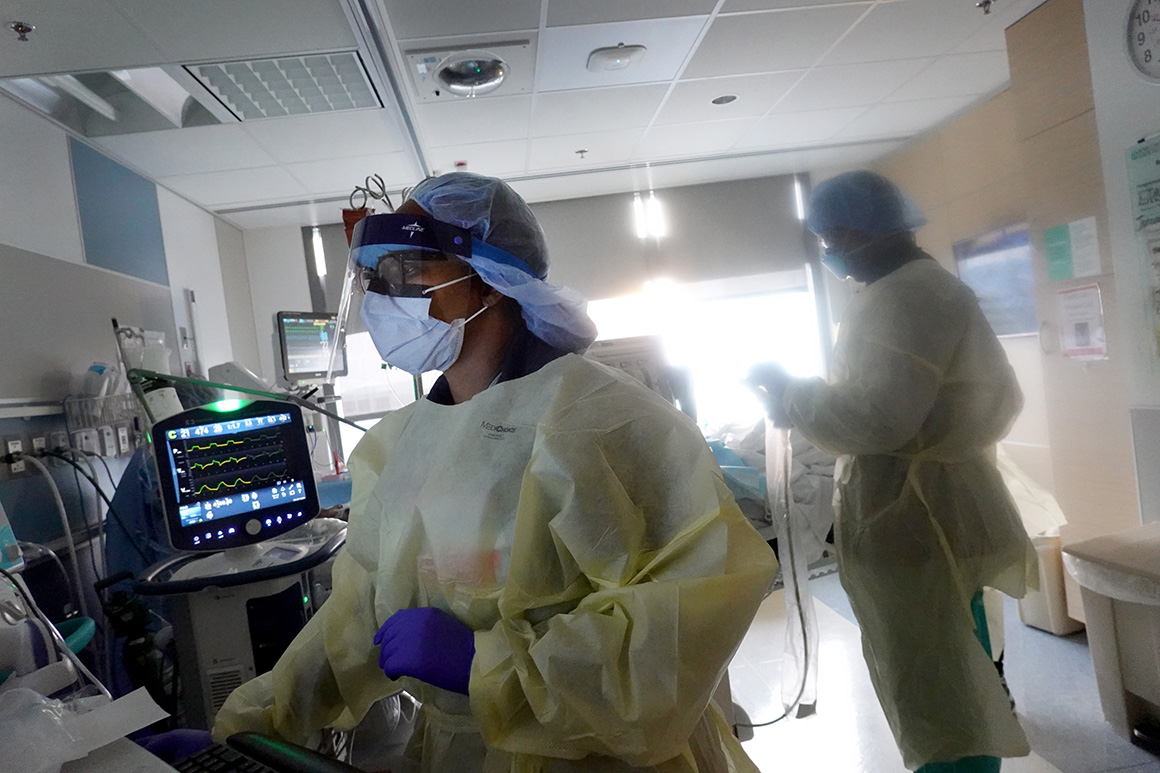 “We have really pivoted to a world where we are going to be surveying and holding facilities compliant,” he added.

CMS is asking Congress for additional funding for its surveying efforts. Blum said that congressional funding earlier in the pandemic strengthened the agency’s process, and he was hopeful that Congress would approve its budget request after the White House recently called for improved patient safety.

Blum declined to say how many hospitals have been cited lax Covid precautions, citing “ongoing activities.”

Many hospital inspections are done by an outside accrediting organization, the Joint Commission, which works with CMS. “We will dedicate survey resources toward where we see risk, where we see outbreak … [and] where we have allegations of noncompliance,” Blum said.

Hospitals supply the Department of Health and Human Services with data about suspected infections acquired during their patients’ stays. In January, during the Omicron surge, more than 3,000 patients were infected with Covid each week, a record high for the pandemic, POLITICO found in an analysis of those figures. The publicly available data, which the federal government publishes in aggregate, doesn’t identify the hospitals.

Patient safety at hospitals recently took on new urgency for CMS after POLITICO reported that hospitals were requiring patients to remove their N95s. The story prompted CMS officials to seek patients’ complaints.

CMS earlier issued a mandate for all health workers to be vaccinated against Covid, though anecdotal evidence suggests that some workers are skirting the rule by falsely claiming religious exemptions.

Covid-19 can be deadly for the elderly, vulnerable or immunocompromised patients who find themselves in the hospital, even after vaccination. And infections of healthy, vaccinated people can also lead to long Covid, an array of barely understood, potentially debilitating medical conditions that can last for months to years.

Worry about stagflation, a flashback to ’70s, begins to grow